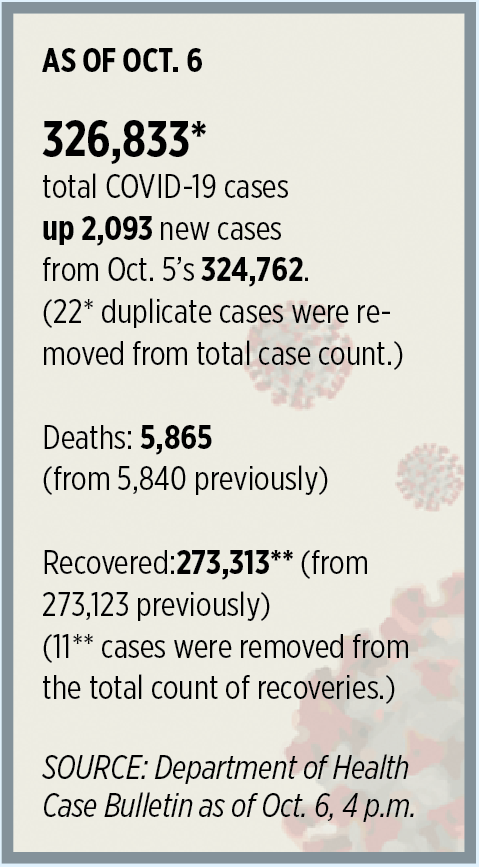 ISRAEL and the Philippines are looking to strengthen economic ties and expand business-to-business (B2B) networks, particularly in Mindanao, with the opening of an Israeli consulate in Davao City. Yoray Ofek, president of the Israel Chamber of Commerce of the Philippines (ICCP), said the new diplomatic office will help in the group’s mission to open more partnerships and trade opportunities. “The ICCP is steadfast with its commitment to promote the bilateral investment opportunities between the Philippines and Israel,” he said during the virtual ceremony. Israel ranked 37th as the Philippines’ trading partner out of 226, and 36th as both export market and import supplier in 2016, based on ICC data. Philippine exports to Israel include semiconductor devices, fish products, and preserved pineapples. Imports from Israel, on the other hand, include telecommunication apparatus or parts, military vehicles, and agricultural or horticultural liquid sprayers. “Israel has been very active in agriculture sector in Davao Region for several decades, in addition Israeli companies that have been engaged in business opportunities,” Israel Ambassador to the Philippines Rafael Harpaz said. Newly-conferred Honorary Consul for the State of Israel in Mindanao Jorge N. Marquez, a Davao City-based businessman, said Mindanao would benefit from Israeli innovation. — Maya M. Padillo

TROPICAL STORM Chan-Hom, which will be locally named Nika when it enters the Philippine area possibly by Wednesday, is expected to cause “rough to very rough” seas around Batanes, Babuyan Islands, and Ilocos Norte but there will be no direct effect on the country’s weather, according to weather bureau PAGASA. In its advisory on Tuesday, PAGASA said Chan-hom is forecast to be 1,445 kilometers east-northest of extreme northern Luzon by Wednesday as it intensifies into a severe tropical storm. Meanwhile, a low pressure area 510 kilometers east of Infanta, Quezon was recorded on Tuesday. PAGASA said this is “less likely to develop into a tropical depression.”

TRANSPORTATION SECRETARY Arthur P. Tugade on Tuesday said several private companies have expressed interest in providing reloadable transport payment cards for free after the current provider, AF Payments, Inc., rejected his appeal to waive the cost of its cards. “They are interested to participate in the program and they are interested to pursue our desire to have the Beep card be given for free,” he said in a televised interview. He said the department’s officials were expected to meet with “other service providers” on Tuesday afternoon on a possible “arrangement.” President Rodrigo R. Duterte, in a televised address late Monday night, said he wants the cards be given for free to commuters. “That card, it’s just a card, give it for free. Why ask for payment? We have been wasting so many billions to corruption, and that card you cannot give for free?” Mr. Duterte said in mixed Filipino and English. On Monday, Mr. Tugade said he wants a “single” reloadable payment card that can be used for all modes of transportation “by December.” AF Payments, the company behind the smart card for fare payments for the EDSA bus system, which carries the Beep brand, has announced that it will be issuing 125,000 free cards to commuters. The Transportation department has ordered the suspension of the mandatory use of Beep cards starting Monday, citing AF Payments’ refusal to waive the card cost. AF Payments is a consortium of Metro Pacific Investments Corp. (MPIC) and Ayala Corp. that provides contactless payment solutions. Mr. Tugade said the country needs more firms that can offer reloadable smart cards for all modes of transportation to discourage monopolies. MPIC is one of three Philippine subsidiaries of Hong Kong’s First Pacific Co. Ltd., the others being PLDT, Inc. and Philex Mining Corp. Hastings Holdings, Inc., a unit of PLDT Beneficial Trust Fund subsidiary MediaQuest Holdings, Inc., maintains an interest in BusinessWorld through the Philippine Star Group. — Arjay L. Balinbin and Gillian M. Cortez

Marcos to attend APEC Summit in US in November, says ambassador