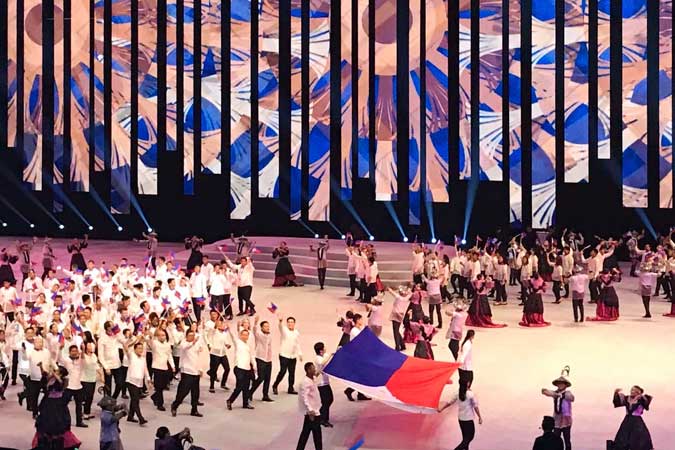 WHILE there is no final decision yet, local sports officials nevertheless are bracing for the possible postponement of the 31st Southeast Asian (SEA) Games this year in Vietnam.

The idea was broached by the host country in an emergency meeting with the different SEA Games Federation members.

Vietnam cited the rising coronavirus cases there as the reason for calling for the postponement of the biennial sporting event slated to take place from Nov. 21 to Dec. 2.

The development, it said, has hampered considerably its ability to prepare for the hosting the best way it can, moving it to consider the deferment of the SEA Games to next year.

The SEA Games is to take place in Hanoi and 11 other locations, which according to reports coming out of Vietnam have been at the center of the fresh outbreak of the virus.

The decision to proceed or postpone is expected to be made next week.

For Philippine Olympic Committee (POC) President Abraham Tolentino, while they understand the predicament Vietnam is in, they hope the Games still pushes through this year.

“The pandemic has raised the alarm [no doubt],” Mr. Tolentino said, “[But] It’s unfair to the athletes who have already sacrificed their time and effort in training for the SEA Games.”

He went on to say that the SEA Games will be used as a springboard as well by the athletes for different international competitions next year, including the Asian Games, Asian Indoor and Martial Arts Games and Winter Olympics next year, leaving it “very difficult for the SEA Games to be postponed.”

Philippine chief of mission to the SEA Games Ramon Fernandez, for his part, reiterated that whatever decision Vietnam makes should be respected and that in the event of a postponement, the Philippine contingent makes full use of the added time to prepare.

“It’s okay with me and the PSC (Philippine Sports Commission) on whatever decision the host makes. If it’s going to be postponed, that will give us a longer time to prepare our athletes,” said Mr. Fernandez, also a commissioner of the PSC.

For the 2021 Vietnam SEA Games, where the Philippines will be the defending overall champion, the POC said it intends to send 626 athletes who will be competing in 39 sports.

A P200-million budget has been allocated for the training and participation of Team Philippines.

Vaccination of national athletes is currently ongoing so as to adhere to the “no vaccine, no participation” policy that will be in effect in the Games.

“Bubble” training for a number of national teams has begun with more squads set to follow suit.

In the event the SEA Games is postponed, it will be the second time in its history, the first in 1963 when political unrest in Cambodia prevented the event from being staged. — Michael Angelo S. Murillo