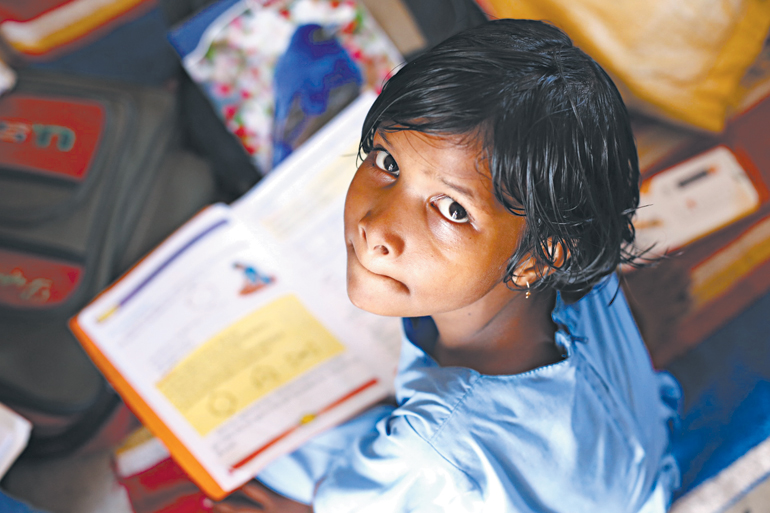 Business leaders and education experts have largely recognized that education in the Philippines has been facing a lot of difficulties, and the coronavirus pandemic has exacerbated such difficulties as schools adopted distanced or ‘blended’ learning in the past two years. The consensus has been that the Philippines — and the world in general — has been facing a “learning crisis,” and it is hoped that the new administration will exert great effort in resolving this another crisis in the country as face-to-face classes have resumed.

To recall, the most recent results of the Program for International Student Assessment (PISA) conducted by the Organization for Economic Cooperation and Development (OECD) showed that 15-year-old students in the Philippines scored lower in reading, mathematics, and science than those in most of the countries and economies that participated in the survey back in 2018.

The Philippines scored the lowest in reading comprehension with a mean score of 340 points, below the survey average of 487 points; while it was the second-lowest in Science at 357 and in Math at 353, below the average of 489 points in both subjects.

Interpreting the findings in context, OECD notes that expenditure per student in the Philippines was the lowest amongst all PISA-participating countries, and the expenditure was 90% lower than the OECD average.

“By comparison, expenditure per student in Indonesia was 83% lower than the OECD average and students there outperformed students in the Philippines, although their scores were still lower than those of students in between 66 and 70 other countries/economies,” the PISA report added.

Fast-forward to the past two years, when the pandemic forced schools to continue their classes virtually and even some to halt their operations, the difficulties in the country’s education system have been found to be much deeper. 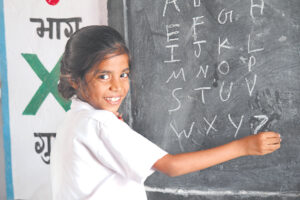 A report by the World Bank (WB) last year highlighted that the Philippines’ learning poverty — defined as the share of 10-year-old children who cannot read and understand a simple story — was estimated at 69.5% in 2019, based on Trends in International Mathematics and Science Study 2003 outcomes.

On the other hand, based on Southeast Asia Primary Learning Metrics from 2019, as published in United Nations Children’s Fund’s (UNICEF) report on the State of Learning Poverty, the country’s learning poverty is at 90.9%.

According to WB, school closures and learning loss during the pandemic can have a long-term negative impact on the current cohort of school children, and these two factors are likely to affect the children’s economic potential and productivity in adulthood.

Further on the pandemic’s impacts, WB observed that an additional 1.6 million students were out of school in 2021 as overall basic education enrollment was 6% lower than in 2020. Enrolled children, meanwhile, faced many challenges to effective learning under a distance learning modality; and such challenges have been found greater for lower-income households who have limited resources for better access. This likely explains the high demand for returning to in-person classes, highly driven by lower-income households and women.

Cited by advocacy group Philippine Business for Education (PBEd) in a statement, a survey by Samahan ng Nagkakaisang Pamilya ng Pantawid of more than 9,000 parents revealed that they spent 40% more because of distance learning compared to 2020; while a Pulse Asia survey said that one out of four parents think their children are not learning in the remote setup.

More recently, according to UNICEF’s report, jointly published in partnership with United Nations Educational, Scientific and Cultural Organization (UNESCO) and WB last March, nearly six out of every 10 10-year-olds in low- and middle-income countries suffering from learning poverty. Translated to the Philippine context, less than 15% of Filipino children are found to be capable of reading a simple text at age 10 — placing the country’s learning poverty somewhere around 85%.

Another highlight of the report confirmed that the Philippines has the longest duration of school closures, as of last February. Year 2020 figures cited by PBEd showed that private school closures reached a total of 1,179. Strongly recognizing the struggles the country’s education system has been through, especially amid the pandemic, PBEd sees the need to immediately resolve the difficulties.

“Clearly, we need to stop the learning crisis. All sectors of society need to take part in solving this crisis, with the government taking the lead. We must demand for better education, for quality education enables individuals to enjoy strongly rooted and secure lives as reflected in Ambisyon Natin 2040,” PBEd Chairman Ramon del Rosario, Jr. said in a statement.

Sharing in a compilation of insights published on BusinessWorld’s anniversary report last July, Mr. del Rosario noted that the longstanding education crisis is what currently hurdles the country from reaching its goal of slashing Philippine poverty to a single digit, as shared by the current President in his trust state of the nation address.

“We cannot address our learning losses without sufficient resources. Historically, only 3% of our GDP (gross domestic product) has been allotted for the education sector. While the proposed budget for basic education now is at 4.3%, we still do not meet the global standard of 6%. We should spend as much for education as we do for physical infrastructure,” the PBEd chairman continued.

PBEd, together with Philippine Business for Social Progress, Makati Business Club, and Management Association of the Philippines, proposes the following policy directions for improving the country’s education system: (1) bringing all children to quality pre-Kindergarten to Grade 3 education and developmental programs; (2) improving the quality of instruction and teachers with the target that all learners meet basic skills based on international standards; (3) using the lens of lifelong learning in workforce development; (4) fully leveraging private education to better complement delivery of services; and (5) strengthening autonomy, coupled with accountability, of school leaders and local governments.

An opportunity to sustain a good start

PHL residential market at a glance: Picking up amid transformed demands