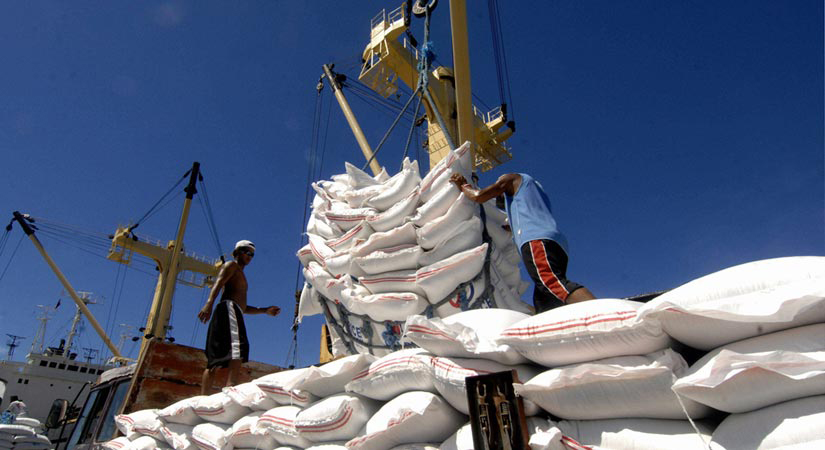 PHILIPPINE RICE imports are expected to decline this month amid a slowdown in overseas purchases, the US Department of Agriculture (USDA) said.

In its Grain: World Markets and Trade report for February 2020, the USDA said that it expects the Philippines to import 2.5 million metric tons (MT) this month, down from 2.7 million MT in January, due to the continued “slowing pace” of Philippine overseas purchases.

Consumption and residual totals of purchased rice in February is projected at 14.4 million MT, little changed from January. Output of milled rice is also expected to remain unchanged at 12 million MT.

On Monday, the Philippine Statistics Authority (PSA) estimated the rice inventory at 2.675 million MT at the start of the year, up 4.9% year-on-year, largely due to increased holdings by the National Food Authority (NFA).

The Rice Tariffication Law liberalized, rice imports, with the NFA stripped off of its importing function. The agency was given a mandate for focus on purchasing rice from domestic farmers on favorable terms. Its purchase price of P19 per kilo for palay, or unmilled rice, is significantly higher than prices offered by commercial traders, whose bargaining power has increased because they can opt to sell imported rice.

In a separate USDA report on World Agricultural Production, rice yields in the Philippines are also expected to remain flat at 4.05 MT per hectare. Area planted to rice is also expected to be stable at 4.7 million hectares.

The USDA noted that even with rice considered a staple in the Philippines, demand for wheat-based products is also growing in Southeast Asia region.

“The Philippines purchases nearly all of its wheat for food consumption from the United States as millers have a preference for the high quality that ensures consistency in final products. This has made the country the top importer of US wheat in the region (and second globally),” the report said.

The USDA projected the Philippines to import a total of 7.3 million MT of wheat this month.

“Corn is the preferred feed ingredient with significant domestic production, making it ideal and cost-effective. However, in the last decade, plant disease, weather conditions, price, and policy issues have encouraged the industry to incorporate imported wheat as an important feed ingredient,” the USDA said in its report.

“This is particularly true for the Philippines where imports of feed wheat nearly tripled in the last decade as it is no longer just a feed substitute,” it added.