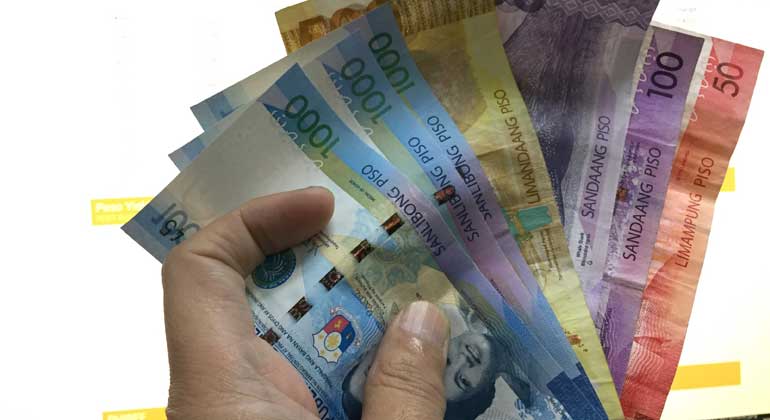 The peso climbed versus the dollar on Friday to its strongest level in over three years on progress in the development of a vaccine for the coronavirus and better economic data overseas.

The local unit finished trading at P49.55 per dollar on Friday, rising by 18 centavos from the P49.73 close on Thursday, data from the Bankers Association of the Philippines showed.

Week-on-week, the currency also appreciated by 37 centavos from its P49.92 finish on June 26.

The peso opened the session at P49.70 per dollar, which was also its intraday low. Meanwhile, its best showing was at its close of P49.55.

Rizal Commercial Banking Corp. Chief Economist Michael L. Ricafort said the peso was supported by prospects of a vaccine for the coronavirus disease 2019 (COVID-19) as well as better data from the US.

“The peso exchange rate closed the strongest in more than three years or since June 14, [2017]’s close of P49.505, after stronger-than-expected US jobs data and positive developments on possible vaccine versus COVID-19 led to improved global market risk appetite,” Mr. Ricafort said in a text message.

Reuters reported that data from the US Labor Department showed non-farm payrolls climbed by 4.8 million jobs in June, a record high since the government started keeping records in 1939. This, as more restaurants and bars reopened as restrictions have been eased.

On the other hand, a trader attributed the peso’s gains to improvement in China’s services sector.

“The peso strengthened further after Chinese services data came out stronger-than-expected, spurring optimism of gradual recovery in the global economy,” the trader said in an email.

Reuters reported the Caixin/Markit services Purchasing Managers’ Index increased to 58.4, the highest reading since April 2010, from the 55 logged in May. A reading above 50 shows expansion.

China’s services sector accounts for 60% of the country’s economy and half of urban job creation. — LWTN with Reuters