Productivity among the Philippines’ employed labor force amounted to $20,630 per worker in 2020, down 5.6% from 2019, data from the World Bank’s World Development Indicators database showed. Among the 18 economies in the East Asia and the Pacific with available data on labor productivity, the Philippines ranked 12th. In terms of year-on-year performance, however, the country was only better than Mongolia, which saw a 7.4% annual decline during the same period. 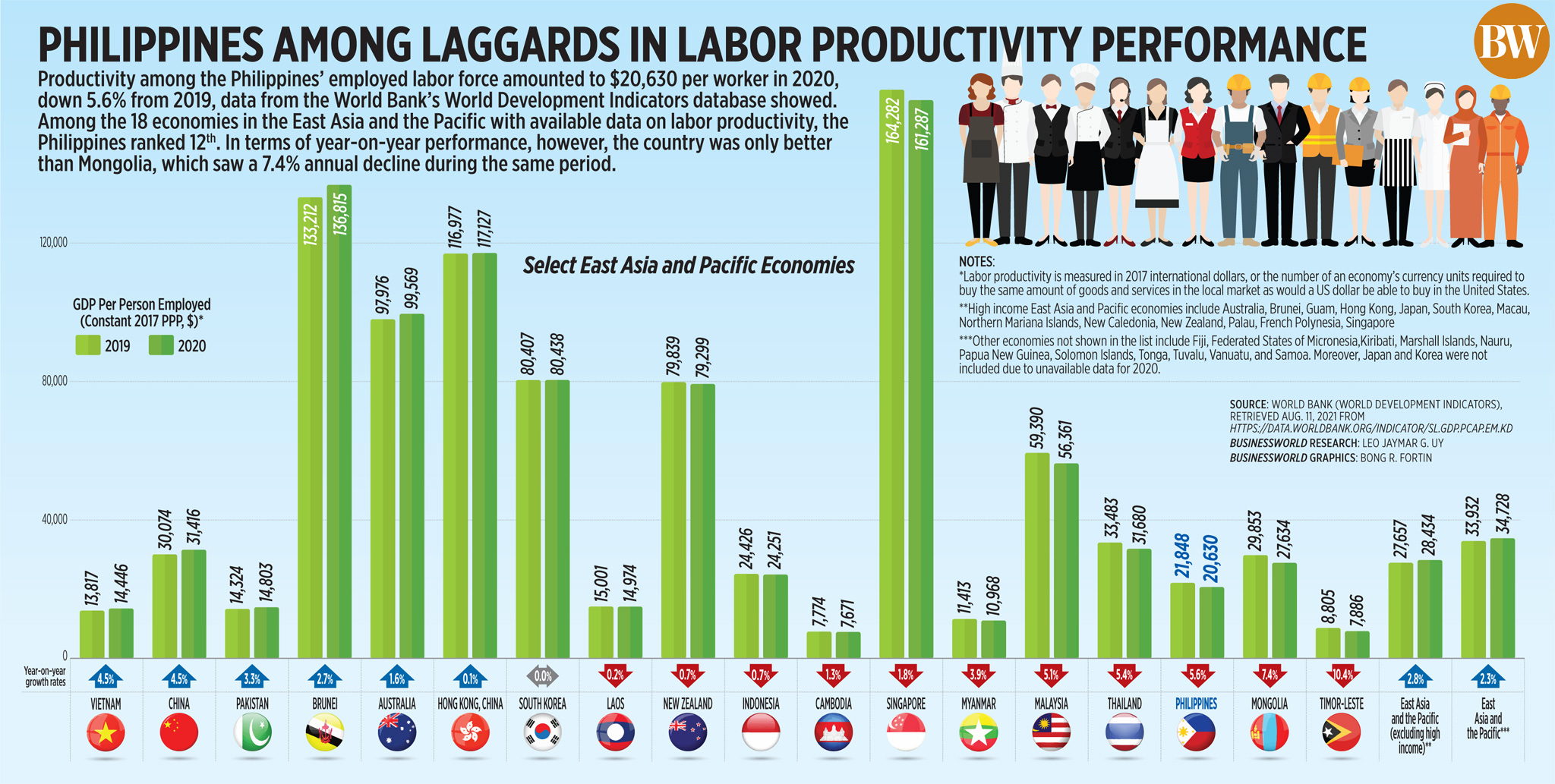