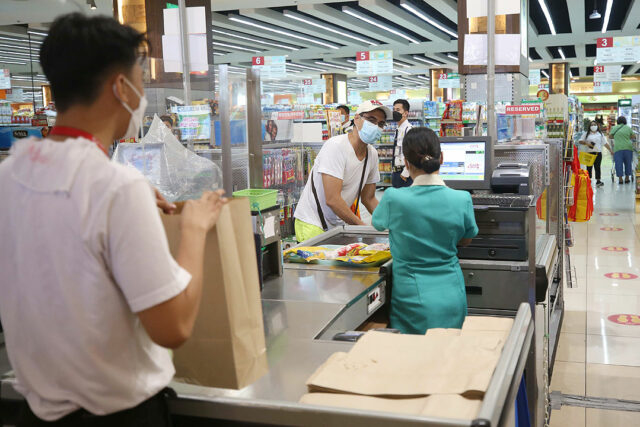 Retail price growth in Metro Manila was 2.7% in March, the largest rise in three years, as oil and food prices continued to pick up, the Philippine Statistics Authority (PSA) reported.

Reporting on the general retail price index (GRPI), the PSA said retail price growth in the National Capital Region (NCR) exceeded the 2.2% rate posted in February and the 2.0% in March 2021.

The March reading has not been matched since April 2019. The recent high for the indicator is 2.8%, posted in March 2019. 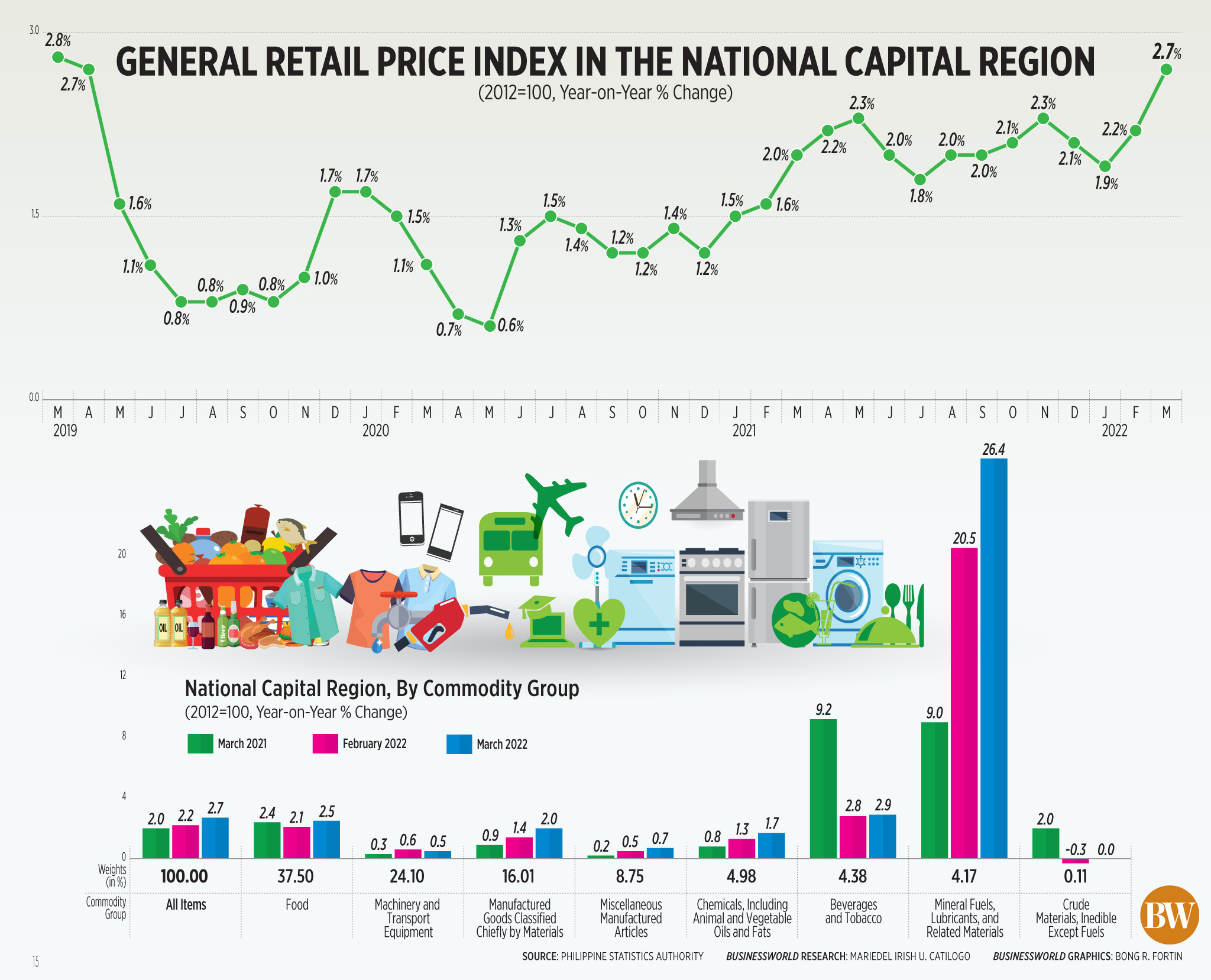 In the year to date, retail price growth in Metro Manila averaged 2.2%, up from 1.7% a year earlier.

In an e-mail, Rizal Commercial Banking Corp. Chief Economist Michael L. Ricafort said the accelerating price growth was driven by higher prices of oil and basic commodities in the wake of the Russia-Ukraine war.

“The resulting higher transport costs also led to higher prices of other affected products in the economy,” Mr. Ricafort said.
The component of the broader index posting the strongest growth was mineral fuels, lubricants, and related materials, the prices of which rose 26.4%, compared to the 20.5% growth rate in the preceding month.

Growth in the GRPI in beverages and tobacco, picked up to 2.9% from 2.8% in February. Food price growth accelerated to 2.5% from 2.1%, while the growth in the prices of chemicals, including animal and vegetable oils and fats, picked up to 1.7% from 1.3%.

Price growth in manufactured goods classified chiefly by materials was 2%, up from 1.4% previously, while that of miscellaneous manufactured articles was 0.7%, against 0.5%.

Price growth slowed in machinery and transport equipment slowed to 0.5% from 0.6% in February.

Prices for crude materials, inedible except fuels were flat in March.

“Retail prices in Metro Manila could still pick up in the coming months, in view of the higher minimum wages, by at least 6%, and (the rise in) minimum transport/jeepney fares of P1 or at least 11%, both effective June 2022, as well as the continued elevated prices of imported global commodities such as oil/petroleum, food such as wheat/flour, grains, among others; metals; other minerals; etc. All of these factors could lead to higher prices of other affected goods and services, and overall inflation, especially if the Russia-Ukraine war drags on for months,” he added. — Mariedel Irish U. Catilogo

Manufacturing bounces back as restrictions ease