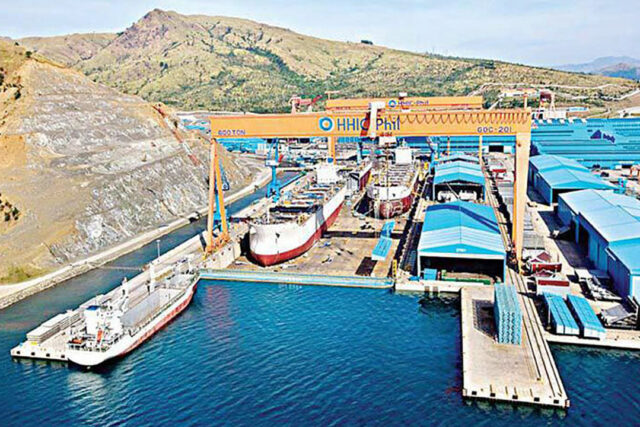 THE Fiscal Incentives Review Board (FIRB) said it will have to evaluate grants of incentives more thoroughly in the wake of the 2019 collapse of Hanjin Heavy Industries and Construction Philippines, Inc. (HHIC-Phil), the operator of a shipyard in Subic Bay.

“This is the reason why we must impose stringent evaluation and impact analysis before the grant of tax incentives,” Finance Assistant Secretary and FIRB Secretariat head Juvy C. Danofarata said.

“Given the failure of this shipyard in Subic, jobs were lost and productivity in the area declined. The project cost the government so much money in foregone revenue that could have been granted to performing and more deserving business enterprises.”

The DoF said that in 2015, HHIC-Phil received tax incentives totaling P370 million. It had first sought tax perks from the Subic Bay Metropolitan Authority and the Board of Investments in 2006 and 2009, respectively.

“During the company’s existence, it was granted seven years of income tax holiday (ITH) and a special corporate income tax (SCIT) rate of 5% on gross income earned (GIE) upon the expiration of its ITH,” the DoF said.

It was also granted additional tax and duty-free import privileges on raw materials and equipment.

“HHIC-Phil also received power subsidies for its operations at the Subic Bay Freeport Zone amounting to P5.17 billion from 2009 to 2018,” the DoF said.

However, HHIC-Phil failed to maintain an employment of an estimated 20,000 workers, and abandoned a $2-billion Mindanao shipyard in 2008, which was supposed to generate 30,000 jobs.