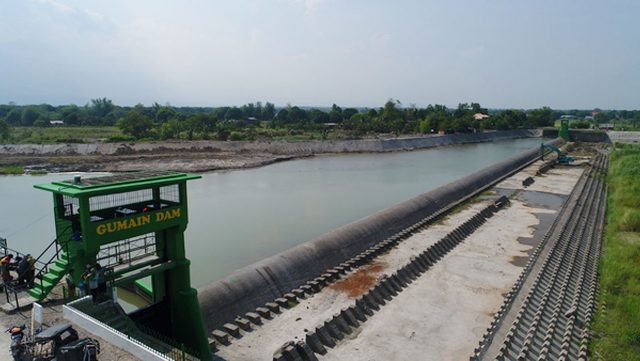 LEGISLATORS expressed hope that the House of Representatives will approve a bill seeking to create a water management department, after the bill hurdled committee-level evaluation.

Trade Union Congress of the Philippines Rep. Raymond Democrito C. Mendoza said House Bill (HB) 9948 or the proposed National Water Act, which is signed will create a Department of Water Resources, is now in a form that has passed scrutiny from four House committees. He said he hopes it will be approved at the next plenary session.

Mr. Mendoza, who co-authored the bill, said the measure has gone through the Government Reorganization, Public Works and Highways, Ways and Means, and Appropriations committees.

“With Committee Report No. 1115, approved by the various Committees, I believe we have achieved the best version of the many bills filed in 2019,” he told BusinessWorld in an e-mail.

“I hope that the efforts will not be in vain and that approval at the plenary is inevitable.”

Magsasaka Party-list Rep. Argel Joseph T. Cabatbat, also a co-author, said in an e-mail, “We are optimistic that the House will line this up as one of the priority bills to be passed before Congress ends.”

He noted that HB 9948 was a combination of 35 separate bills and that it had “garnered massive support from one hundred forty-four House members.”

Ms. Tambunting added that the bill will address water shortages by encouraging “focused research and development in water treatment, sanitation and distribution.”

The bill’s other objective is to support agriculture.

Mr. Cabatbat said one of the problems in agriculture is lack of irrigation and insufficient water allocations for rural areas.

“Once we establish a lead agency that will secure the water supply, including in agricultural areas, we expect that it can gradually address the mismanagement of water resources for irrigation that will eventually help improve the yield of our crops,” he said.

Under the bill, the two departments are tasked with ensuring the efficient use of water, recycling or reuse, and proper wastewater treatment. It also proposes that the National Irrigation Agency be absorbed by the water department to centralize the decision-making for supplying water to agriculture.

The bill also aims to encourage the participation of the private sector by allowing the Department of Water Resources to enter into contracts and partnerships with domestic and foreign entities that invest in water projects.

“…This Department is allowed to enter into joint venture agreements, public-private partnerships or memorandums of agreement which means the creation of business design and solutions resulting in jobs,” Ms. Tambunting said.

HB 9948 is currently in the sponsorship period. A committee report on the National Water Act was filed on Aug. 9, 2021. The House of Representatives will resume its plenary sessions on Monday.