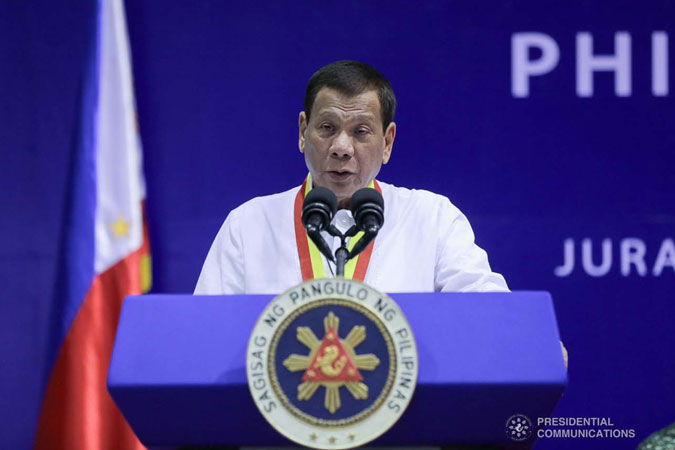 THE Duterte administration will likely leave an estimated P1.4 trillion worth of infrastructure projects in the pipeline that will be up for implementation by the next administration, according to the Department of Finance (DoF).

DoF Secretary Carlos G. Dominguez III said the current administration was able to boost the project pipeline for its successor to P1.4 trillion, relatively higher than the P50 billion that the previous administration had left in 2015.

“I think that’s a very important legacy of a President — to hand over something to his successor on a silver platter,” Mr. Dominguez said.

Likewise, he said all packages under the Comprehensive Tax Reform Program (CTRP) will likely be passed before the next administration takes over.

Specifically, the Finance chief said the remaining tax reform packages that aim to reform the corporate income tax and fiscal incentives system, land valuation and the financial sector are expected to be approved this year.

“The revenue-generating agencies are going to be operating — firing in full — all cylinders,” said Mr. Dominguez.

However, he said the next two administrations will need to exercise “same strong political will and decisive leadership” to sustain the economic and social gains.

So far, the measures under the CTRP that have already been signed were the Package 1 or the Tax Reform for Acceleration and Inclusion Act and Package 1B or the Tax Amnesty Act.

Package 2+ or the measure proposing to increase the excise tax on electronic cigarettes, vapor products and alcoholic products was passed and ratified by the 18th Congress on Dec. 18 and is now up for the President’s signature.

President Rodrigo R. Duterte has until Jan. 24 to sign or veto the bill before it lapses into law. — BML