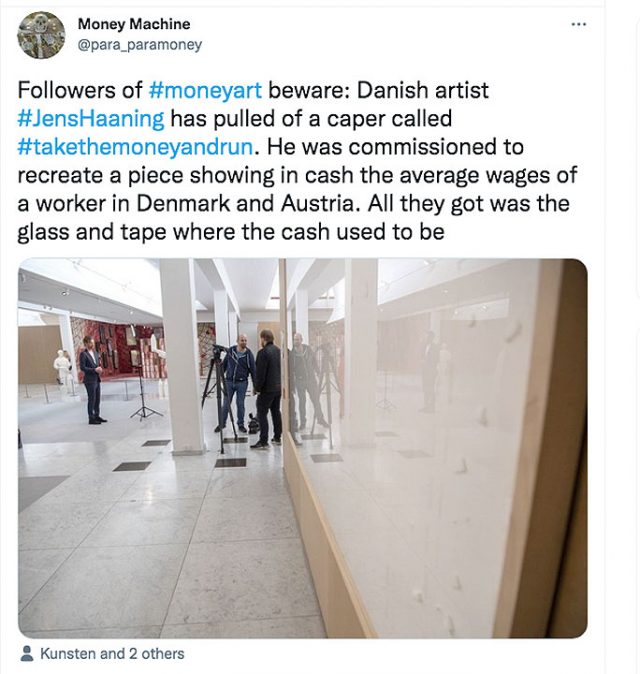 A DANISH artist has pocketed 534,000 kroner ($84,000) in cash that he received from a museum to incorporate into an artwork and changed the name of the installation to Take the Money And Run.

Jens Haaning had agreed with Kunsten museum, in northern Denmark, that he would borrow the money to replicate earlier work which displayed the annual incomes of an Austrian and a Dane. But when the museum in Aalborg opened the box that Mr. Haaning had shipped, the cash was missing from the two glass frames and the artwork’s title had been changed.

“The work of art is that I took their money,” Mr. Haaning told broadcaster DR.

Kunsten wants Mr. Haaning to return the cash, but he’s declining. The museum is now considering whether to report Mr. Haaning to the police if he hasn’t returned the cash by the time the exhibition ends in January. — Bloomberg

Lakay veteran Folayang seeks to end slump in next fight