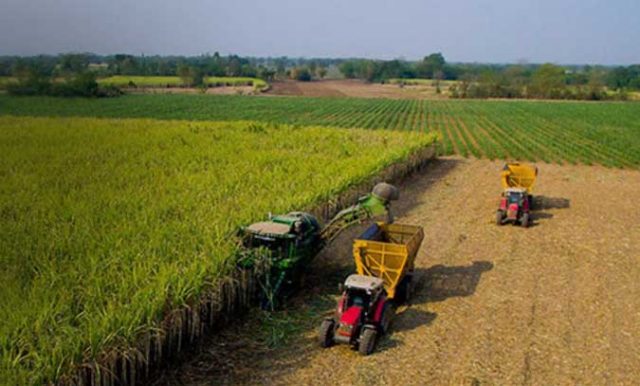 FARM CONSOLIDATION is expected to increase agricultural production by grouping together less efficient parcels of farmland into more efficient farms of commercial scale, according to the Department of Agrarian Reform (DAR).

Agrarian Reform Undersecretary Bernie F. Cruz said during a recent webinar organized by the Philippine Institute for Development Studies that while there is an ongoing initiative to divide up collective certificates of land ownership awards (CCLOAs), farmers can also opt for farm consolidation to boost production.

The parcelization of land titles is part of an ongoing DAR initiative to issue individual land titles to farmer beneficiaries who were awarded CCLOAs under the Comprehensive Agrarian Reform Program.

“There is a need to consider land consolidation for commercial production. Most of the lands distributed to farmers were haciendas that yield agricultural produce in large quantities. Hence, the individual distribution of these lands has (led to a breakdown in) commercial production,” Mr. Cruz said.

Mr. Cruz said ongoing initiatives are helping farmers participate in commercial production by improving market linkages and farmers’ competitiveness in the value chain while awaiting the parcelization of CCLOAs.

“DAR also coordinates with institutional partners that could assist in capital build up, management skills, and research and development,” Mr. Cruz said.

However, Mr. Talavera said challenges faced by ARBOs include the lack of members qualified to lead the organization in the long run and the absence of mobile network towers, which hinders communication.

“The agriculture sector should involve science, business, and the arts in order to improve production, sustain operations, and modernize the industry. This is especially needed since our institutional market partners closed down their businesses due to the pandemic, thus affecting the demand for our produce,” Mr. Talavera said. — Revin Mikhael D. Ochave

Imported pork allowed for distribution in areas where prices are high