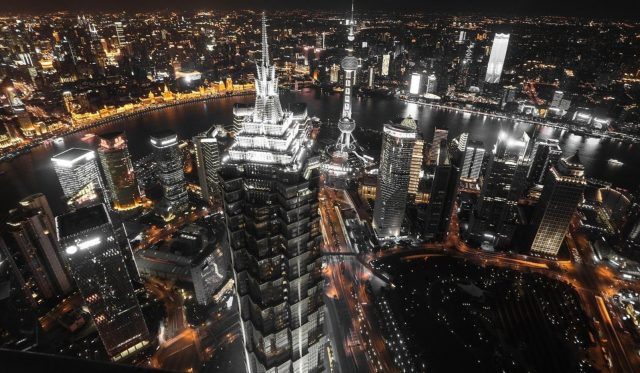 BILLIONAIRE owners of Chinese developers have dipped into their own pockets for at least $3.8 billion to save their troubled companies from default, as a cash crunch engulfs the industry.

From sales of luxury assets to stakes in sought-after listed companies, the personal balance sheets of China’s property tycoons have become key for investors to determine whether developers will meet their debt obligations. Founding chairmen of at least seven real estate companies have tapped their wealth in recent weeks to support the firms.

The efforts underscore how the liquidity crisis is more desperate than previous squeezes, when real estate firms were able to reap cash from sales blitzes or by offloading trophy assets. Now, with China’s home sales and prices falling, banks growing reluctant to lend, and yields in the offshore bond market soaring, many developers are counting on their founders as a last resort.

The magnates’ moves stand in contrast with counterparts overseas, where the concept of limited liability generally shields owners’ personal wealth from creditors’ claims. The boundary isn’t so clear in China.

“In China, regulators can pressure the large or controlling shareholders to mix their personal assets with the company’s and treat the two as inseparable,” said Zhiwu Chen, director of the Asia Global Institute at the University of Hong Kong. “It’s also partly because the controlling shareholders, especially founders, often do treat the company’s assets as if they were their personal property.”

At least for now, such moves have boosted sentiment among bondholders.

China Evergrande Group’s 8.25% dollar bond due next year has rebounded to around 30 cents on the dollar from a record low of 22.7 cents a month earlier, after its Chairman Hui Ka Yan raised funds by disposing of personal assets and pledging shares. While it’s unclear how the money was used, the property giant has averted default three times by paying overdue bond interest.

Here’s more on some of the tycoons:

Hui, who fought his way from poverty in rural Henan province to build one of the world’s largest property companies, was urged by Chinese authorities to use his personal wealth to alleviate Evergrande’s debt crisis.

He has injected more than $1 billion into Evergrande since July, according to China Business News. That’s about an eighth of his estimated $7.7 billion wealth, according to the Bloomberg Billionaires Index. But it remains unclear whether Hui’s fortune is big and liquid enough to make a sizable dent in the developer’s total liabilities, which swelled to more than $300 billion as of June.

Sun’s roller-coaster career has included a stint in prison and the forced sale of another developer he once predicted would become the nation’s largest. He turned Beijing-based Sunac into a company known for acquiring assets of troubled rivals, such as Oceanwide Holdings Co.’s city-center projects in Shanghai and Beijing in 2019.

Sun served time in prison in the early 1990s after being convicted for embezzlement —  a ruling that was later overturned. Many retail investors admire Sun for his outspoken style, bold expansion plans and ability to weather adversity. His net worth is estimated at $4 billion, according to the Bloomberg Billionaires Index.

HUI WING MAU, SHIMAO
Born in the southern province of Fujian, Hui was sent to the countryside to work as a barefoot doctor before emigrating to Hong Kong as a textile worker. After returning to his hometown in his 30s, he started his property career by developing one of China’s earliest three-star hotels, residences and resorts. Now, Shimao has a line of luxury hotels in some of the best spots in China’s biggest cities.

The three floors he pledged for loans, in the world’s most expensive office building The Center in Hong Kong, are a trophy in his estimated $5.6 billion fortune. Hui is also a member the Chinese People’s Political Consultative Conference, an advisory body to the central government.

LIN ZHONG, LIN FENG, CIFI
Lin Zhong, a graduate of Xiamen University in southern China, co-founded a property brokerage with a younger brother in 1992 and turned it into a developer two years later. When private home ownership was introduced in 1998, Lin made a bold decision to move the firm’s headquarters to Shanghai to embark on a nationwide expansion.

Lin’s other younger brother Lin Feng, who was in high school when Lin Zhong founded CIFI, joined the firm right after completing a master’s degree.

ZHANG LI, LI SZE LIM, R&F
The team-up between Zhang Li, a former government official in southern Guangzhou city, and Li Sze Lim, a Hong Kong native and a former trader, was rare in China’s property sector. The two, known to each other when Li Sze Lim traveled between the territory and Guangzhou, made their name by purchasing a large land parcel in suburban Guangzhou and later selling it for a big profit.

R&F made a push into the hotel business in 2017 when it splurged $2.9 billion to buy Dalian Wanda Group Co.’s 77 hotels. R&F is now the world’s biggest deluxe hotel owner, with 91 in operation and another 45 under development.  — Bloomberg

The truth about the Xiamen Air crash