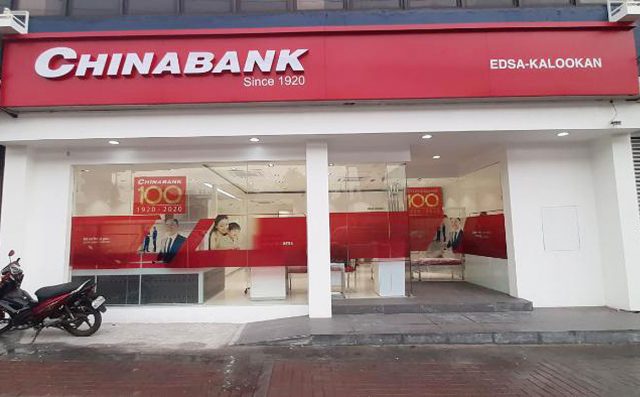 CHINA BANKING CORP. (China Bank) posted a higher net profit in the first semester, driven by increases in its net interest and core fee incomes, as well as lower provisions for bad loans.

China Bank recorded a P10.1 billion net income in the first six months of 2022, up by 39% from the P7.3 billion booked in the same period last year, it said in a disclosure to the stock exchange on Thursday.

“The sustained growth puts China Bank in a stronger position to support customers and the economy in this period of recovery,” China Bank President William C. Whang said in a statement.

Net interest income grew by 16% to P22 billion in the first semester from P18.9 billion last year, driven by stronger revenues and steady interest expense. As a result, net interest margin was at 4.3%.

Meanwhile, the depreciation in the bank’s trading and foreign exchange gains caused its fee-based income to decline to P3.2 billion, 46% lower from P5.9 billion in the comparable period.

Still, core fee income increased by 24% due to double-digit increases in earnings from service charges, fees and commissions, the sale of acquired assets, and bancassurance.

The bank’s loan portfolio expanded by 14% to P655 billion as of June from P576 billion last year on the back of significant growth in both business and consumer credit.

Amid improved asset quality, China Bank cut its credit provisions by 69% to P1.7 billion from P5.4 billion in the same period in 2021.

Total deposits also increased by 14% to P945 billion from P827 billion in June 2021 amid a 14% year-on-year growth in current and savings accounts.

Total equity jumped by 16% to P127 billion, with the bank posting a common equity Tier 1 ratio of 14.8% and a capital adequacy ratio of 15.7%, both above the regulatory minimum.

BSP seen hiking rates by 75 bps in 2nd half

Hanjin liabilities now pegged at $1.71B