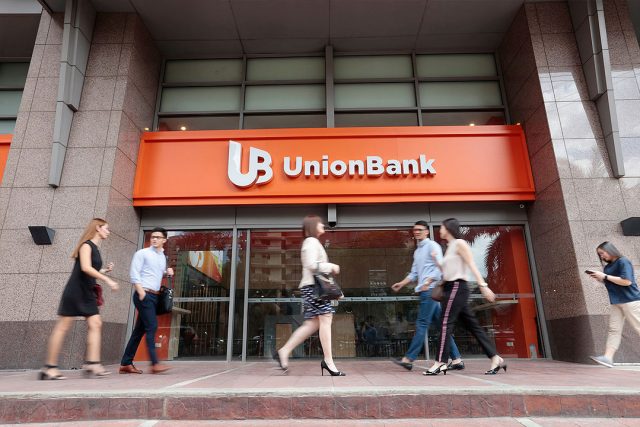 UNIONBANK of the Philippines, Inc. recorded a lower net profit in the first quarter as trading gains normalized.

The Aboitiz-led lender said its net income dropped by 45% to P2.608 billion in the first three months of 2022 from a year earlier. Based on its previous financial statement, its net profit in the first quarter of 2021 stood at P4.728 billion.

“Net income was lower by 45% [year on year] due to extraordinary trading gains recorded in the first quarter of 2021,” it said in a filing with the local bourse.

The bank’s net interest income rose by 12% to P8.065 billion from a year earlier. Net interest margin improved by 6 basis points to 4.6% on the back of higher yields from earning assets and lower cost of funds amid the growth in its current account, savings account (CASA) deposits.

Meanwhile, UnionBank’s fee-based income more than doubled to P1.4 billion. This was driven by rising income from InstaPay and interchange fees.

Foreign exchange income also rose by 53% to P369.5 million from a year earlier.

Meanwhile, total deposits with the bank rose by 15% to P577.2 billion. This was driven by the growth in its CASA deposits, which climbed by 28% to P356.5 billion.

UnionBank President and Chief Executive Officer Edwin R. Bautista said their acquisition process for the local consumer business of Citigroup, Inc. is on track. He earlier said UnionBank would become the third-biggest bank in terms of local credit card business upon the completion of the transaction.

“We remain confident to become the legal owner of the consumer portfolio by July 2022,” Mr. Bautista said.

He said they are also on track to launch Union Digital Bank (UnionDigital) by the second half. UnionDigital received an online banking license from the Bangko Sentral ng Pilipinas last year.

UnionBank Treasurer and Corporate Planning Services Head Jose Emmanuel U. Hilado said they remain optimistic on their growth prospects as the economy continues to recover but acknowledged the uncertainties caused by the Russia-Ukraine war.

“While the ongoing Russia-Ukraine conflict could adversely affect investor and consumer sentiment, we think that the country’s economic fundamentals are strong enough to weather the challenges ahead,” Mr. Hilado said.

“We therefore remain optimistic that improving credit appetite and spending patterns will allow us to sustain momentum in our recurring income for the rest of 2022,” he added.

Fate of the peace process hangs in the balance