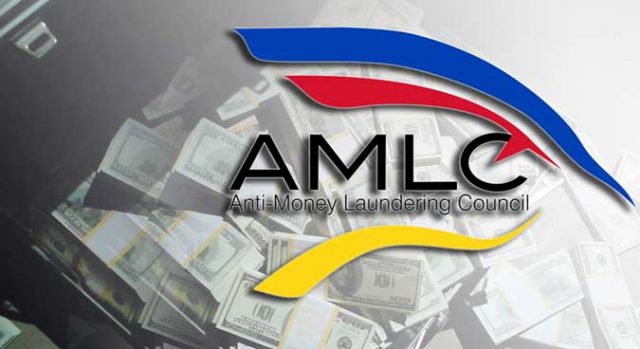 THE ANTI-MONEY Laundering Council (AMLC) has released the procedures for delisting and unfreezing of designated persons related to proliferation financing of North Korea and Iran as it seeks to prove progress in implementing regulations ahead of the country’s September report to the Financial Action Task Force (FATF) after its inclusion in its “gray list.”

“The delisting guidance recently issued is specific to delisting and unfreezing related to proliferation financing of weapons of mass destruction under United Nations Security Council (UNSC) Resolutions 1718 (pertaining to Democratic People’s Republic of Korea) and 2231 (pertaining to Iran),” AMLC Executive Director Mel Georgie B. Racela said in a Viber message.

Mr. Racela said the guidelines are among the immediate outcomes that will be monitored by the global “dirty money” watchdog.

“So after demonstrating our compliance and the FATF Joint Group accepts the same, our action plan will be down to 17 (from 18),” he said.

Regulatory Issuance No. 5 Series of 2021 allows the AMLC, on its own or upon the request of a designated person, to file a petition for delisting with the appropriate UNSC Committee. Delisting will mean the lifting of targeted financial sanctions such as asset freezing and halting availability of funds for designated persons.

The issuance also allows a designated person to directly petition for their delisting following UNSC procedures.

Based on the regulations, the AMLC is responsible for informing the public and its covered persons when individuals, organizations, or associations are delisted by the UNSC as well as its resulting implications for appeals and targeted financial sanctions.

The guidelines also provide a section on applications for authorization to access frozen assets of designated persons related to the UNSC Resolutions. Assets may be made available to designated persons provided that the necessary approvals are given by government agencies and the UNSC has been notified.

“The AMLC is responsible for preparing the notification and/or authorization request, which will then be transmitted to the relevant UNSC committee. AMLC can contact the committee directly but must also transfer the request formally through the Department of Foreign Affairs,” it said.

These authorizations may be granted if the designated persons will be using their funds for basic expenses such as food, rent, medicine, taxes, and professional fees, among others. Extraordinary expenses may also be authorized if the AMLC considers them to be necessary and not a violation of the UNSC resolutions.

The guidelines also instructed covered persons to immediately implement unfreezing orders once designated persons are delisted by the UNSC. Covered persons are likewise expected to submit a detailed report within 24 hours after lifting these freeze orders, which will show the list of unfrozen funds and other assets.

The Bankers Association of the Philippines welcomed the AMLC’s latest issuance.

“Providing clear steps for entities to petition for delisting and unfreezing of their financial assets makes it easier for the banking industry to comply with the anti-money laundering regulatory framework while serving its clients at the same time,” the group said in an email.

Under the Anti-Terrorism Act of 2020, individuals and entities may be designated in three ways: by the UNSC, foreign or supranational jurisdictions such as the European Union, or through the local Anti-Terrorism Council.

The delisting processes for persons designated under the last two ways were already provided in regulatory issuances that followed the passage of the Republic Act 11521, which further strengthened the Anti-Money Laundering Act of 2001.

The country was included in the FATF’s gray list or jurisdictions under increased monitoring to prove its progress in implementing anti-money laundering and counter-terrorism financing measures. Government officials expect the Philippines to address deficiencies and exit the list on or before January 2023. — L.W.T. Noble