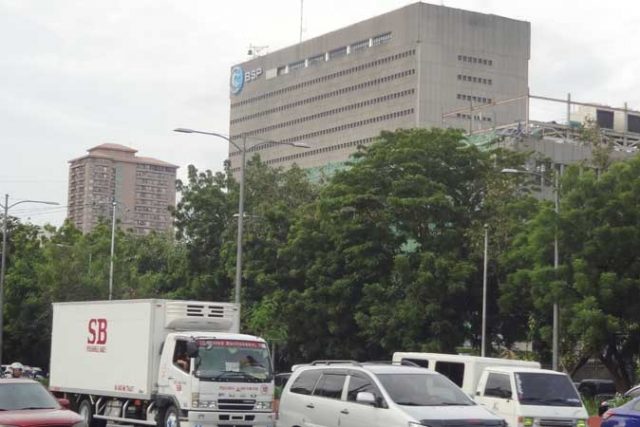 BANKS DID NOT avail of the central bank’s rediscount facility in May, reflecting ample liquidity in the financial system.

May was the eighth straight month that lenders left the rediscount facility untapped.

Through the rediscount window, the central bank lets banks get additional money supply by posting their collectibles from clients as collateral.

For their part, banks may use the cash — denominated in peso, dollar or yen — to disburse more loans for corporate or retail clients and tend to unexpected withdrawals.

In 2020, the rediscount window was only tapped by banks in March, April, August and September. Total loan availments last year dropped 77.7% to P26.9 billion from the 2019 level.

Banks have no urger need to tap the rediscount window due to the robust liquidity level in the financial system, which came on the back of central bank intervention at the height of the crisis paired with lower demand for loans, Rizal Commercial Banking Corp. Chief Economist Michael L. Ricafort said on Thursday.

Last year, the central bank slashed the reserve requirements of big banks by 200 basis points (bps) to 12% and trimmed those for thrift and rural banks by 100 bps to 3% and 2%, respectively.

BSP Governor Benjamin E. Diokno has said the regulator’s policy actions have infused over P2 trillion in fresh liquidity into the financial system.

But even with banks being awash with cash, lending has remained tepid as both financial institutions and borrowers continue to be risk averse due to lingering uncertainty as the crisis stretches on. Outstanding loans by big banks contracted for the fifth straight month in April, dropping by 5% from the year prior.

Meanwhile, for this month, applicable rates for peso rediscount loans will be at 2.5%, regardless of maturity.

On the other hand, rates for dollar and yen-denominated rediscount borrowings regardless of maturity are set at 2.17638% and 1.91417%, respectively. — L.W.T. Noble

NCAA Season 97 to open in March with four events