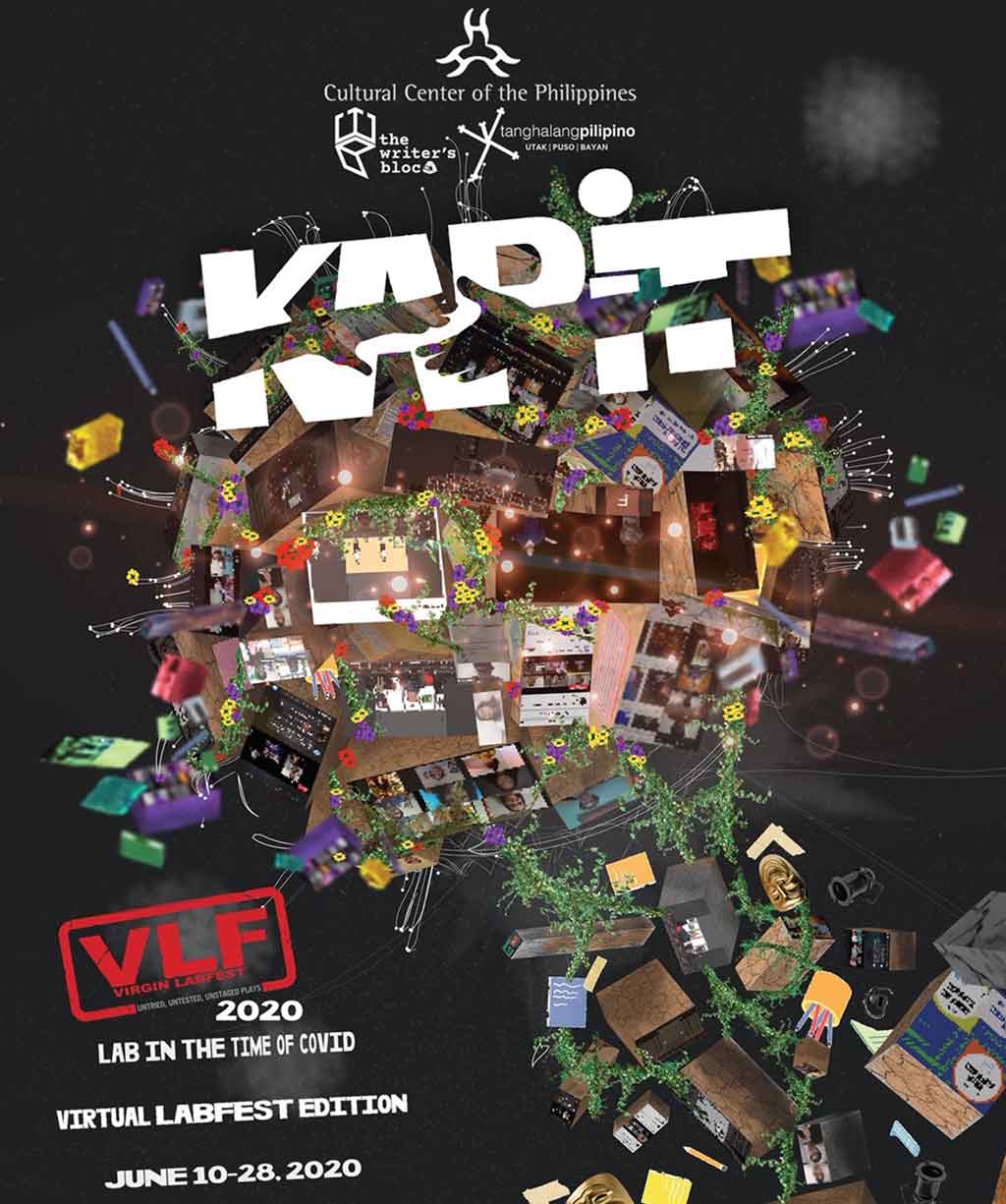 FOR the first time since its launch in 2005, the Cultural Center of the Philippines (CCP)’s Virgin Labfest (VLF) theater festival, which focuses on new, unstaged works, is going online.

From June 10 to 28, the 16th edition of Virgin Labfest, titled VLF 2020 KAPIT: Lab in the Time of Covid (A Virtual Labfest Lockdown Edition), will go “onstage” on YouTube and Facebook.

Ten new works, three revisited works, and six staged readings will take the virtual stage. All the plays will premiere with live performances on the CCP’s YouTube channel and Facebook page. Then from June 14 to 28, the shows will be streamed on iWant.

In a series of interviews which will be released in the weeks leading up to the festival, BusinessWorld talked to VLF directors and scriptwriters about their stories.

Tyron Casumpang’s BlackPink follows a father’s discovery that his youngest son — a staunch fan of Korean girl group BlackPink — was prohibited by his school principal to dance to BlackPink’s “Kill This Love” for the Family Day Talent Contest. The boy’s only chance to join the competition is if he finds other male students to dance with him.

The play’s director, Jethro Tenorio, noted that in the story, the long-time widower assumes that his youngest son is gay. “The father is very supportive from the very start,” Mr. Tenorio said in the interview via Zoom. As the story unfolds, the father’s assumption is proven wrong.

“Kung may malawak na spectrum ang LBGTQIA [community], huwag nating kalilimutan na meron din ibang mukha ang heterosexuality na hindi din dapat nasa iisang mold lang ang straight male (If there is a wide spectrum in the LGBT community, we should not forget that there are also different faces of heterosexuality, a straight male is not come in a single mold). [Sa] dulang ito (In this play), the straight male can be in touch with his feminine side,” Mr. Tenorio said.

CHALLENGES AND LESSONS
The cast is composed of four actors who assume the roles of the father and his three sons.

Mr. Tenorio said that the cast has just finished the blocking for the play, and is currently working on “the challenging part” which includes chase scenes.

“Ito ay kwento ng pagtanggap [at] pagmamahalan, sa paraang nakakatawa. At dahil fresh pa sa memory natin yung “Kill this Love” ng BlackPink, sana mapasayaw tayo kahit sa sari-sarili nating bahay (This is a story of acceptance and love showcased through a comedy. And since Blackpink’s “Kill This Love” is still fresh in our memory, I hope we dance along in our own homes).”

Aside from the revisited plays and staged readings, viewers can also catch the VLF Playwright’s Fair online with this year’s featured writers on June 11-14, 17-20, 25-27 at 8 p.m. Meanwhile, the Virgin Labfest 2020 Writing Fellowship Program will culminate with an online staged reading of the fellows’ works on June 28 at 2 and 5 p.m.

Uplifting the arts in challenging times