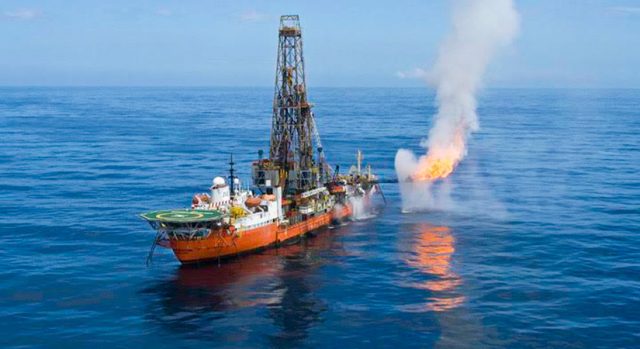 NEARLY $14-billion worth of planned liquified natural gas (LNG) import infrastructure in the Philippines may be at risk of becoming stranded assets as the cost of renewable power generation drops, according to the Institute for Energy Economics and Financial Analysis (IEEFA).

“All 10.9 GW (gigawatts) of LNG-fired power capacity in the current pipeline — with an estimated value of $13.6 billion in total investment — is at risk of being stranded as the market adapts to lower cost renewable power generation,” IEEFA, an organization that examines energy markets, trends and policies, said in a report.

The report, which was written by IEEFA energy finance analyst Sam Reynolds, said the projects would be affected by the price volatility in global LNG markets that is likely to continue in the long term.

“Following the outbreak of the COVID-19 (coronavirus disease 2019) crisis, demand destruction caused JKM (Japan Korean Marker) prices to plummet to $1.85/MMBtu (per million British Thermal Unit) in May 2020,” IEEFA said, referring to what it described as the benchmark spot price for LNG in Asian markets.

“The Texas energy crisis in February and the blocking of the Suez Canal by a container ship in April demonstrate the wide range of international factors that can influence LNG prices. In the long term, global LNG markets are likely to tighten, adding upward pressure to prices,” it added.

In the Philippines, the short-run marginal costs of an LNG-fired power plant would be determined by fuel prices in the global market, IEEFA said.

“Volatility and long-term upward price risk therefore represent a serious threat to the utilization rates of potential LNG-fired power plants in the Philippines,” it said.

Last year, prices in the country’s spot market were said to have remained low due to easing demand amid a COVID-19 pandemic. If spot market prices decline further and LNG prices rise, merchant LNG plants will experience lower dispatch rates and record diminishing returns over their lifetime, according to IEEFA.

“While the short-run marginal costs of thermal generators are determined mainly by volatile fuel prices, renewable energy sources like wind and solar can essentially run for free when the sun is shining or the wind is blowing,” IEEFA said. “As more renewables are added to the market, gas-fired power plants are likely to go unused for longer periods of time.”

IEEFA said the Philippines’ green energy auction program, which is scheduled next month, is expected to lower the costs of RE technologies and encourage greater price discovery; while the country’s renewable portfolio standards will promote renewable energy deployment at scale and drive down prices in the electricity market.

The auction program allows eligible RE developers to supply their output to consumers who wish to access green electricity at potentially below-market prices. Meanwhile, the portfolio standards require distribution utilities to obtain an agreed portion of power from qualified RE firms.

In its report, IEEFA said the Philippines has a “long history of failed LNG-to-power projects” due to regulatory delays.

“Due to the complexity of LNG-to-power projects, project developers should continue to expect similar delays and analysts should recognize that regulatory delays are a common occurrence for Philippine LNG projects — even those in ‘advanced’ stages,” it added.

Last year, Energy Secretary Alfonso G. Cusi described LNG imports as the “best way” to address the country’s power needs in the coming years. The LNG transition comes as the energy department has previously signaled the impending depletion of the country’s sole provider of natural gas.

Reserves from the Malampaya gas-to-power project, located off northern Palawan, will likely be completely depleted by 2027, based on estimates by the energy department. The project has supplied 21.1% of gross power generation in 2019.

Handwashing station built with eco-bricks made from 18,000 discarded plastic sachets