The Entrepreneur Of The Year Philippines 2022 has concluded its search for the country’s most undaunted and unstoppable entrepreneurs. Entrepreneur Of The Year Philippines is a program of the SGV Foundation, Inc., with the participation of co-presenters the Asian Institute of Management, the Department of Trade and Industry, the Philippine Business for Social Progress, and the Philippine Stock Exchange. BusinessWorld will feature each finalist in the next few weeks. 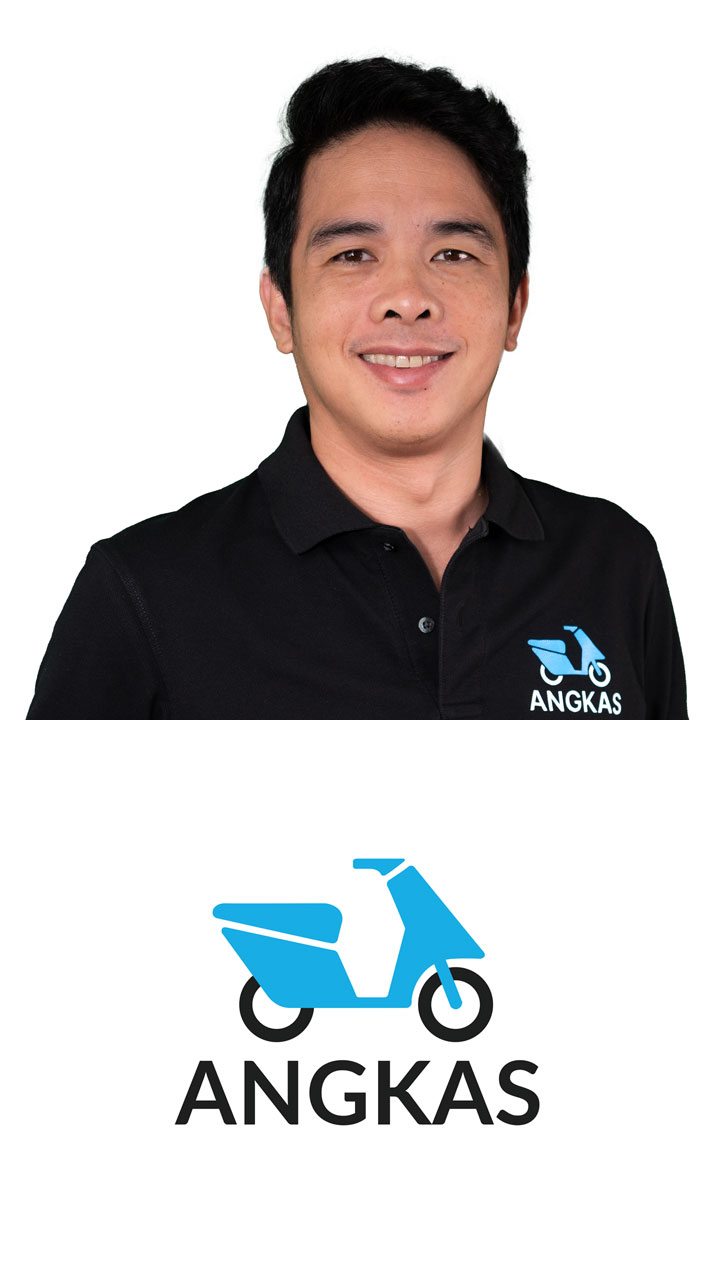 IN A COUNTRY plagued by traffic congestion, insufficient transportation infrastructure and limited last-mile transport options, the arrival of Angkas’ pioneering and industry-defining motorcycle taxi service seemed like a godsend for many long-suffering Filipino commuters.

Prior to Angkas, there was a growing proliferation of “habal-habal” motorcycle drivers, an alternative but unregulated and “colorum” form of public transportation. Considered generally unsafe, these habal-habal operate on the sly and are not recognized by the government as legitimate public transportation. Despite the risks, many commuters still prefer using them over regular public utility vehicles since these are more affordable and offer a faster way of traveling.

Mr. Royeca and his wife, Angeline Tham, founded Angkas, the Philippines’ first app-based motorcycle ride-hailing platform, in December 2016. The business was a response to the worsening traffic conditions in Metro Manila and its impact on the overall quality of life of Filipinos. They came up with the idea to professionalize and legitimize motorcycle taxi operations by providing commuters with a safe and affordable option. They also envisioned creating a new generation of micro-entrepreneurs, which is how they view all their drivers.

As with any pioneering industry, establishing Angkas was not without challenges. Before Angkas came on the scene, 50% of fatal road accidents involved motorcycles. At the beginning of its operations, the company were subjected to intense scrutiny. The government ordered Angkas to cease operations twice due to regulatory concerns and safety issues.

Through it all, Mr. Royeca and his wife boldly held on to their vision and worked tirelessly to get provisional authorization from the government to operate, prove that Angkas is safe and that motorcycle taxi services can be professionalized. In the end, they were proven correct.

“After millions of rides, our accident rate is 0.003%. That’s a 99.997% safety rating. We proved to the regulators, to the government that if we are serious about educating Filipinos, if we give them the right tools, the right training, the right seminars, Filipinos will follow,” Mr. Royeca said.

To date, Angkas has close to 30,000 riders. The company has also trained nearly 200,000 people since it gives free safety training and assessment to motorcycle riders. The company also certifies TESDA instructors, and creates the curriculum for the government — highlighting Mr. Royeca’s dedication to fight not just for their business, but for the livelihood of thousands of Angkas motorcycle riders.

The coronavirus disease 2019 (COVID-19) pandemic necessitated a third closure for Angkas. However, instead of being discouraged, the company leveraged on the challenges to identify areas for innovation such as developing courier and buying assistance services. Angkas also partnered with the Red Cross for PCR testing, helping bring down the cost of PCR testing and swab RT-PCR by more than 50% while providing more value-added services.

What started out as a business eventually became more of an advocacy. Mr. Royeca has been working with Congress to draft a law that will ultimately regulate motorcycles-for-hire taxis — the main thrust of their advocacy. Another important part of the company’s purpose is to provide a livelihood that will elevate the motorcycle driving community as a whole.

“When they start earning, even if they used to be the street loiterers you avoid when going home, they become productive citizens. And they really produce. The dignity goes back to them. Our product is our stakeholders. These guys that you see out there, that’s our product, not the app. The product is when you see them and they’re courteous, safe, and not reckless. They know that this is a business that they can thrive in, that they can use this as a tool to take care of their families. That is what we’re trying to build,” Mr. Royeca said.

On average, the riders of Angkas earn significantly higher than the country’s current minimum wage rate. The company provided partner bikers with the means to lift themselves from poverty and to give their families a better chance in life.

For his efforts, Mr. Royeca was recognized as one of The Outstanding Young Men (TOYM) Class of 2020. Angkas has also received various recognition, such as the Airspeed Service Excellence Company of the Year in the Asia CEO Awards 2022 Circle of Excellence, the winner of one gold and two bronze Stevie Awards in the 2019 International Business Awards, and the Digital Disruptor for Philippines in the 2019 Philippines IDC Digital Transformation Awards.

So far, Mr. Royeca, through Angkas, has created 30,000 livelihood opportunities. Over the next 10 years, he wants to create millions more jobs for over 18 million motorcycle owners in the country.

“I believe that our system eradicates poverty in a sustainable manner. It’s not a dole out. It’s not a hand-down. We’re not subsidizing anything. It’s an ecosystem. I’m not even talking about a platform. It’s a system wherein this product, as it becomes successful, also grows in services to the larger community. And that growth leads to a symbiotic relationship. We want people to feel that anybody that has felt the Angkas system has graduated from an impoverished state. And I want that system for all 18 million Filipinos that purchased motorcycles to get out of poverty,” Mr. Royeca said.

The media sponsors of the Entrepreneur of the Year Philippines 2022 are BusinessWorld and the ABS-CBN News Channel. Gold Sponsors are SteelAsia Manufacturing Corp., Uratex, and Navegar. Silver Sponsors are Intellicare, OneWorld Alliance Logistics Corp., and Regan Industrial Sales, Inc.