Cash remittances coursed through banks rose by 2.4% to $2.812 billion year on year in October from $2.747 billion, based on data released by the Bangko Sentral ng Pilipinas (BSP) on Tuesday.

Inflows also jumped by 2.74% from $2.737 billion in September. The October remittances were the highest in three months or since the $2.853 billion in July.

The higher cash remittances reflected the increase in money sent by OFWs to their families in the Philippines as Christmas approaches, Asian Institute of Management economist John Paolo R. Rivera said.

“Remittances usually increase in the latter part of the year because of the holiday rush. This is driven by the altruism motive of OFWs in providing for the consumption of their families during the holidays,” Mr. Rivera said in a Viber message.

BSP data showed that the biggest remittance sources were the United States, Singapore, Saudi Arabia, Japan, the United Kingdom, the United Arab Emirates, Canada, Taiwan, Qatar, and South Korea, which accounted for 78.9% of total inflows from January to October.

Meanwhile, personal remittances that include inflows in kind inched up by 2.4% year on year to $3.117 billion in October.

Last week, the central bank kept its projections for remittance growth to 4% this year.

With the emergence of the Omicron variant, risks to remittance growth remain despite its improvement in the previous months, Mr. Rivera said.

The Department of Health on Wednesday confirmed that there were already two imported infections with the Omicron variant. Both patients are isolated in a quarantine facility, the agency said in a statement.

Several countries have implemented stricter border controls and travel bans after Omicron was first detected in South Africa last month. The World Health Organization has said that Omicron is a variant of concern for its higher transmissibility. 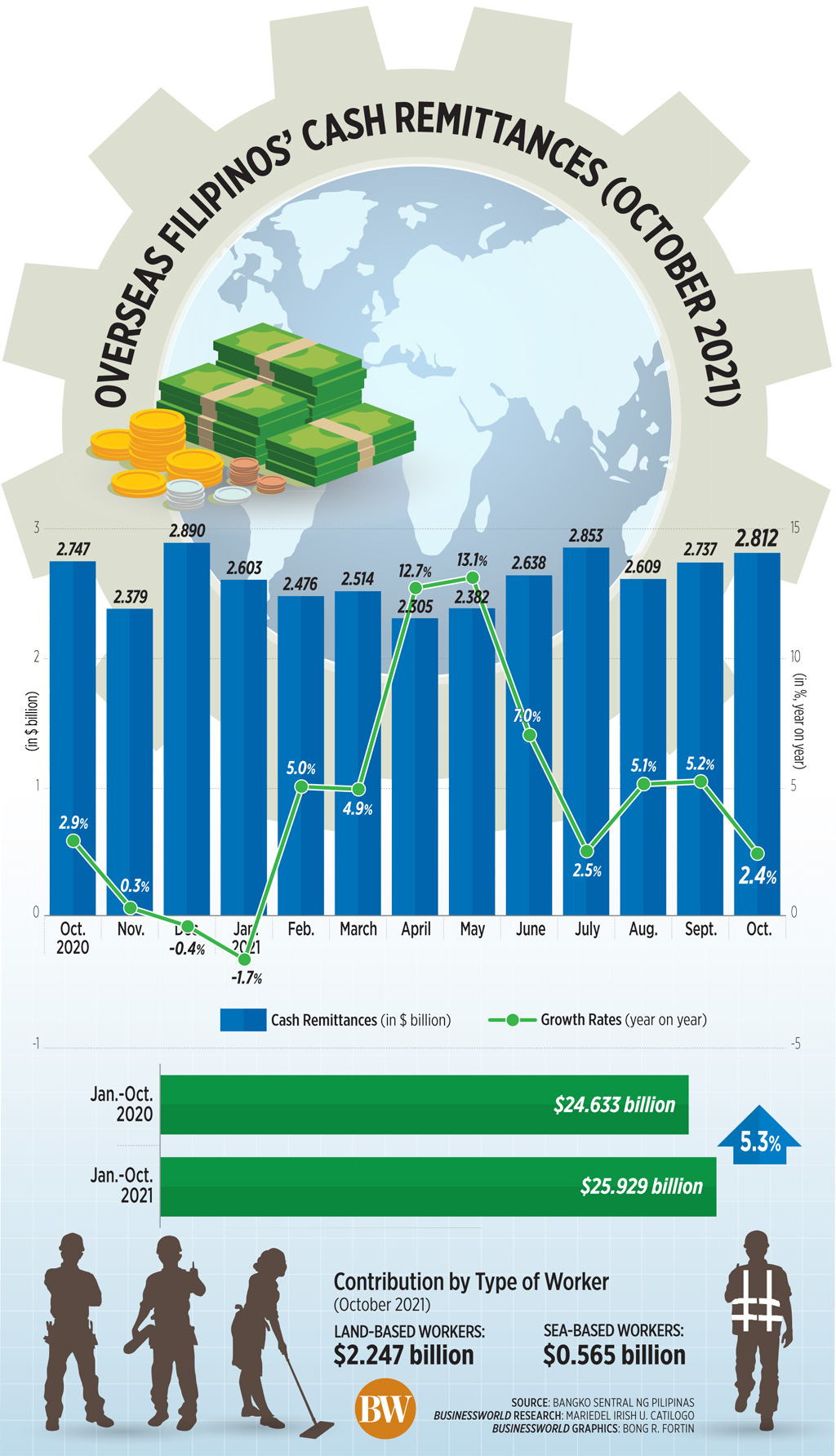