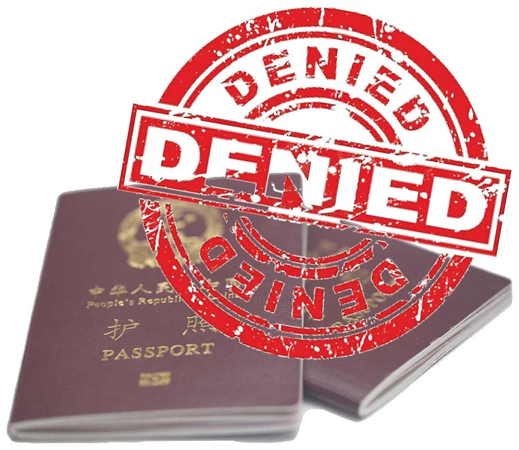 The crackdown on Philippine Offshore Gaming Operators (POGO) has begun. Last week, China announced that it would cancel the passports of Chinese nationals working in the POGO industry for crimes relating to telecommunication fraud.

Gambling is illegal in China and cross-border gaming is viewed by Beijing as a means of by-passing Chinese laws. It is considered a telecommunications-related crime used to embezzle money out of China. It also propagates illegal recruitment and human trafficking, said the Chinese Embassy in Manila.

Last year, Beijing caused the shutdown of Cambodia’s I-Gaming industry by cancelling the passports of Chinese workers who refuse to return to China before a designated deadline. Simultaneously, it called upon the Cambodian government to declare I-Gaming illegal. In August, Cambodian Prime Minister Hun Sen succumbed to Chinese pressure and signed a government order that outlawed offshore gaming. Today, the Cambodian hubs for I-Gaming, Sihanoukville and Chaibu, are virtual ghost towns.

Beijing has asked President Duterte to declare POGOs illegal but the Chief Executive has resisted Beijing’s request citing economic losses. Despite the resistance, however, PAGCOR is no longer issuing new online gaming licenses and requirements for working visas for POGO workers have been tightened.

China’s move to cancel the passports of its nationals working in the POGO industry is seen as the last blow to shut-down POGOs for good. POGO workers whose passports are canceled face immediate deportation and will be prohibited from leaving China for 10 years. With punishment as severe as this, we can reasonably expect a mass exodus of online gaming workers.

While POGO operators can still hire Mandarin-speaking Malaysians and Indonesians, it is unlikely that they can replace the thousands of job vacancies. Hence, it is safe to assume that POGOs will go the way of the Cambodian I-Gaming industry in a matter of months.

The biggest loser will be the real estate industry. As much as 1.14 million square meters of office space will be vacated in Metro Manila alone, representing 10% of total leasable space. POGOs consume more space than the IT-BPO industry. Lease rates are seen to decline as a result.

The city of Pasay is the biggest host of POGO operators with 300,000 square meters of office space taken up. They will be hit the hardest. Makati is second, followed by Quezon City and Alabang. Clark, Subic and Cebu will also experience vacancies, albeit to a lesser extent. The cities of Taguig and Pasig do not allow POGO operators, hence, will be immune to the crash.

The residential market will also be affected since about 30,000 condominium units are being leased by POGO workers. All these will be vacated.

The big boys in the property sector will feel the crunch. Ayala Land appropriates 10% of its office space portfolio to POGO operators, most of whom are located in Circuit Makati. Megaworld and Megawide have whole buildings dedicated to POGOs as they opt not to mix them with regular office lessees. ASEANA, Filinvest, and Alphaland maintain a high ratio of POGO tenants, many of them operating in their buildings in Pasay, Makati, and Alabang.

The good thing is that these property firms are secured by 18 to 24 months advance rent and deposits (combined). This will serve as a cushion before the true impact of the POGO’s exodus is felt.

As far as tax revenues are concerned, the government collected P6.42 billion last year, the bulk of which are attributed to withholding taxes. The BIR estimates that some P27.35 billion remain uncollected due to tax evasion.

Unfortunately, the POGO industry is so loosely regulated that the government has no clear idea on how many POGO firms are actually operating. In a hearing held by the congressional committee on games and amusements last December, PAGCOR said there were 72 licensed POGO operators, 49 of which were operational. For its part, the Bureau of Internal Revenue (BIR) said that there are only 10 operators who were paying franchise taxes. Others government agencies assert that there are as many as 218 POGO operators, the majority of whom operate without licenses.

As for the number of POGO workers, the BIR pegged the figure at 44,798, the Department of Labor and Employment at 71,532 and PAGCOR’s figure was 93,697. Leechiu Property Consultants, a private firm, puts the number at 400,000 to 500,000. Most POGO workers do not pay income taxes and the Department of Finance estimates that uncollected income tax is between P27 to P50 billion.

Government will also be a loser with the demise of the POGOs but to what extent, no one really knows.

The winner, however, will be the residents of the Metro Manila, Clark, Subic, and Cebu. Our streets will be safer with the demise of the POGOs.

According to Teresita Ang-See, the chair of the anti-crime watchdog, Movement for the Restoration of Peace and Order, “the Philippines has become a haven for Chinese criminals and criminal syndicates.” In fact, records show that 634 Chinese fugitives were confirmed operating in the Philippines through POGO firms.

Making matters worse is that many Chinese POGO workers have been disrespectful of our laws and customs. They have been caught on video displaying blatant insolence towards our law enforcers. This has caused racial antagonism between Filipinos and mainland Chinese.

POGOs, and the criminal activities that come with it, have put the Filipino people in harm’s way. This is why the social costs of POGOs far outweigh their economic benefits. Safety and security comes first. I see it as a blessing that POGOs are on the way out.