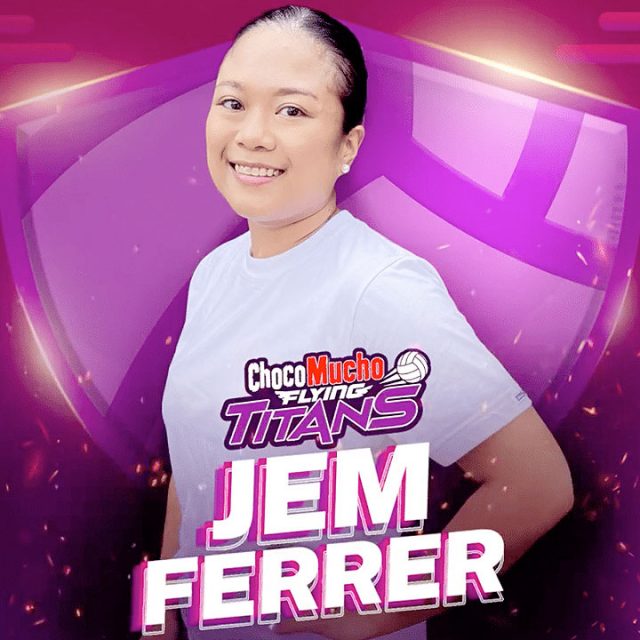 CHOCO Mucho has added seasoned setter Jem Ferrer to its already loaded roster as it gears up for the second pro season of the Premier Volleyball League (PVL) unfurling in February next year.

The 30-year-old former three-time UAAP Best Setter, who last played for the Perlas Spikers, is expected to bring his vast experience and veteran presence to a youth-laden team and should serve as a mentor to fast-rising young setter star Deanna Wong.

“Team Titans, let’s all welcome the newest addition to our family, Choco Mucho Flying Titans. We’re proud to have you on the team,” it said.

Choco Mucho has also reportedly got a champion middle blocker and outside hitter to commit to play for the team.

Flying Titans management will announce names of these two solid additions before the year ends or early next year.

The two should also fill the massive void left by Maddie Madayag, who tore her left ACL (anterior cruciate ligament) in the bronze medal match in last August’s PVL season in Bacarra, Ilocos Norte and will be out for a while.

Choco Mucho is eyeing to improve on its fourth place finish in the league’s first pro season. — Joey Villar