SPORTS STADIUMS are expensive and need to be booked for as many days of the year as possible to be viable, which is why the Rizal Memorial Sports Complex fell into decay, while more commercially oriented venues like the Araneta Coliseum and the Mall of Asia Arena are thriving. Which brings up some questions about the sustainability of a recent jewel in the crown of the Philippine infrastructure program — the sports facilities at New Clark City.

The P9.5-billion complex includes a 20,000-seat Athletics Stadium with an International Association of Athletics Federations (IAAF)-certified track; a 2,000-seat International Swimming Federation (FINA)-certified Aquatics Center; and an Athletes’ Village. The complex was built to serve as the showpiece of the 30th Southeast Asian Games in December 2019.

The Bases Conversion and Development Authority (BCDA), aware of the fate of Olympic venues in places like Athens and Beijing which have gone derelict or have yet to be self-sustaining, essentially believes that the sports complex will be a big draw for locators to the Clark Special Economic Zone (CSEZ). At the risk of oversimplifying, the strategy might be summed up as: “If you build it, they will come.” 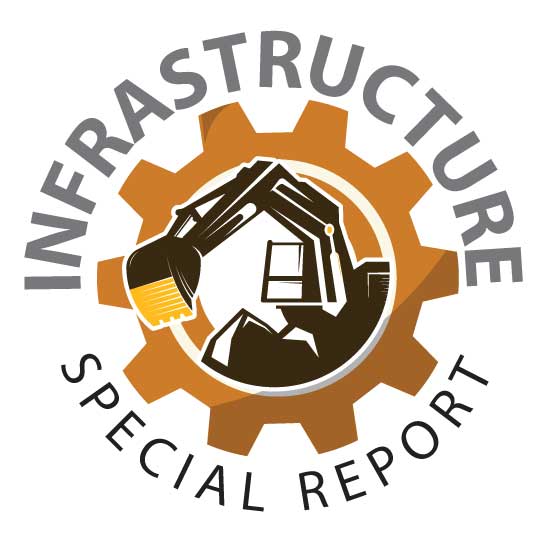 “New Clark City is a fully master-planned development with the world-class sports complex as one of its components… The sport facilities play a huge part in creating strong interest for local and foreign investors looking to locate in a regional hub that adopts a work-and-play environment,” Vivencio B. Dizon, BCDA president and CEO said in an e-mail interview.

Mr. Dizon said the labor and services, business, education, government, and tourism sectors will benefit from having the sports complex in New Clark City in Tarlac.

He said tourism promoters, for one, can develop sport tourism offerings, and the Department of Tourism sees its place in the greater strategy of building regional resilience.

“The national government is aiming for a more resilient economy by building regional growth centers across the country, and part and parcel of this outlook is ensuring the availability of public infrastructures and facilities to enable and support the economic progress,” Tourism Secretary Bernadette Romulo-Puyat said in a statement on the New Clark City development.

In building the sports hub, BCDA partnered with infrastructure developer MTD Philippines, a unit of MTD Capital Bhd. of Malaysia.

The construction of the facilities was controversial, not just because of the expense, but also because of questions about their long-term viability. Observers advocated the renovation of existing facilities, but the fiscally responsible choice was ultimately overruled by the sports community, judging from the satisfaction expressed by it about the stadiums during the games.

“Our athletes have waited so long for world-class sports facilities. BCDA is thrilled to be part of the creation of the National Academy of Sports (NAS), and the development of the country’s athletes who will study and train there. With a sports-centered academic program and facilities at par with international standards, we envision NAS to be a cradle for future world champions,” Mr. Dizon said.

The BCDA is confident that the sports complex will not turn into a “white elephant” because of its role as an attraction for locators to New Clark City (NCC). NCC itself is designed to be a driver of Central Luzon’s development, while serving as an alternative capital should a calamity impair the national government’s ability to function in Metro Manila.

The sports facilities will serve as the main training hub for national athletes, as well as that of future generations of elite athletes to be produced by the NAS, a secondary school tailored for the needs of high-performance athletes.

The NAS, created under Republic Act No. 11470, is scheduled to open later this year in coordination with the Department of Education and the Philippine Sports Commission.

The Athletes’ Village itself has performed valuable national service by standing in as a quarantine center during the pandemic, while also housing healthcare workers.

To date, over 15,000 coronavirus positive and quarantine patients have been admitted to four treatment and medical facilities there.

The BCDA said the continued use of the Athletes’ Village as a quarantine facility will be determined by need, and will be decided by the Inter-Agency Task Force for the Management of Emerging Infectious Diseases (IATF-EID).

RECOUPING INVESTMENT
Mr. Dizon said the New Clark City sports facilities will ultimately pursue the broader approach taken by the BCDA in tapping public-private partnerships to ensure that the investment poured into them will be recouped and the hub’s world-class certifications maintained.

He said, however, that the pandemic has forced a rethink of the plans and projections for the complex.

“In early 2020, we estimated a (payback period) in the 8- to 10-year range, but this had to be pushed back because of the pandemic. No one can truly predict when we are returning to normal. Once the pandemic is over, projections will be subject to another study to determine the expected return,” Mr. Dizon said.

“Because of the pandemic as well, BCDA is currently reevaluating the timing for privatizing the operations and maintenance of the facilities, but that is still in the pipeline. In the meantime, we’re trying to make sure that the facilities are in good condition,” he added.

Considering the resources channeled to building the facilities, Robert Dan J. Roces, chief economist at Security Bank Corp., said a well-thought-out plan is needed for the returns to measure up.

“As with facilities of this magnitude, maintenance costs can easily overtake the original cost to build these even only after a few years, and run the risk of becoming a drain on taxpayers. That’s why it’s laudable that the BCDA has long-term plans for the facilities to prevent wastage even before construction begins so that these do not become one-off use facilities,” Mr. Roces said in an e-mail interview.

“A public-private partnership seems the best option, as such deals have a higher chance of success in terms of managing costs, hitting the RoI on time, and attracting complementary investments that provide positive multiplier effects and employment all around, while at the same time maintaining the original vision for the surrounding areas with the sports complex as the centerpiece,” he added.

He said that if the plans for the facilities succeed, such an approach could form the template for future development.

“And as with any infrastructure spending program — especially now with the pandemic — it bodes well for economic recovery,” he added.

GENERATING INTEREST
After the success of the Games, Mr. Dizon said the immediate interest in the facilities centers on their suitability for hosting training and tournament “bubbles” due to the pandemic.

The PSC, for one, has requested the use of the site for training bubbles in preparation for the Southeast Asian Games in Vietnam in November.

Other organizations studying the use of the venue are the Triathlon Association of the Philippines and the Asia Swimming Federation.

“So in terms of confidence in the facilities including the onsite implementation of the health protocols, I’d say that NCC is in good shape,” Mr. Dizon said.

Further developments are in the works, including a high-performance gym and sports museum and a center for sports medicine and holistic wellness.

Additional facilities due to be constructed include a FIFA-certified football stadium, an arena for sports like basketball, volleyball, and tennis, as well as a softball stadium and a skate park.

Virtual Marriage: A flawed solution to an illusory problem