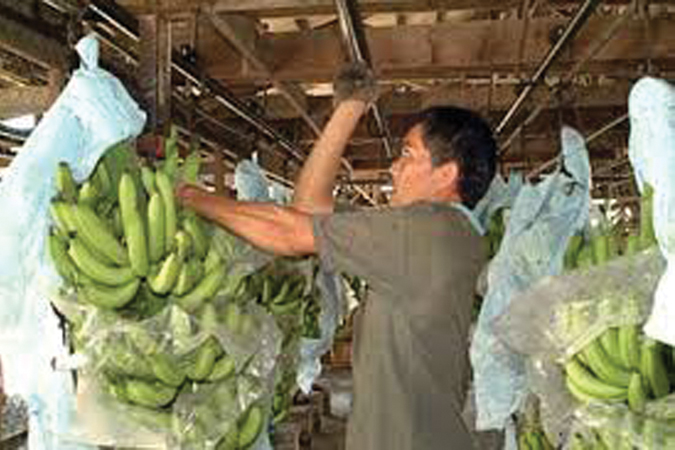 DAVAO CITY — The collapse in global banana prices has opened the door for South American producers to sell more of their product in major markets traditionally supplied by Philippine growers and exporters.

Stephen A. Antig, executive director of the Pilipino Banana Growers and Exporters Association, Inc., said countries like China, Japan, and South Korea are now a battleground for South American growers, who are facing oversupply in their home markets.

“COVID-19 encouraged consumers to eat healthy fruits and banana normally tops the list of popular fruits. Incidentally, there is an oversupply in South America and the price per box went down. So they were able to send their bananas to our markets at lower prices,” Mr. Antig said in an email interview.

“The drop in total production is largely due to Panama disease as there is no concrete program implemented for its control and eradication,” he said.

Citing data from the Philippine Statistics Authority, he said fresh banana exports fell 14.04% by value in the nine months to September.

He noted that a formerly reliable market like China, the biggest buyer of Philippine bananas, is also starting to balance out its purchases by tapping producers in Cambodia, Laos, Vietnam and Myanmar as part of a broader geopolitical strategy.

He said China has also been imposing extra measures to prevent the entry of COVID-19 through food imports, including a disinfection process before shipments are released to their buyers.

“Due to exposure to heat this can affect the quality of the fruit before it reaches the supermarkets,” Mr. Antig said.

He said producers have also been affected by community quarantine protocols implemented by local government units, which have disrupted the movement of delivery vehicles and personnel from farms seeking to access the ports in Davao City and Panabo City. — Maya M. Padillo