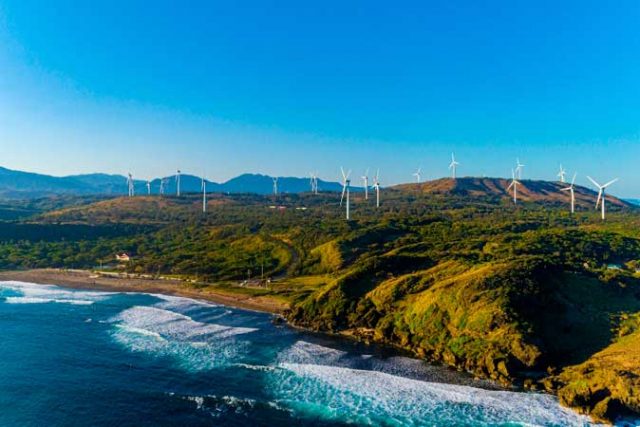 THE Department of Finance (DoF) said it is currently in talks with various development partners such as the Asian Development Bank (ADB), the UK government and the World Bank to support the Philippine energy industry’s pivot to renewables.

Paola Sherina A. Alvarez, assistant secretary and DoF spokesperson, said the department is currently working with the ADB for pilot implementation of the Coal Replacement Fund. She gave no details.

Finance Secretary Carlos G. Dominguez III said in April that the government may have to set up a fund to acquire all power plants in Mindanao and eventually shut them down while the generation capacity of the Agus-Pulangi hydropower plant increases.

Ms. Alvarez said the ADB will provide technical assistance to support a feasibility study, evaluate how the plants will be repurposed, and how to ensure energy security during the transition phase.

“We will initiate our transition by exploring how sustainable finance can be utilized to improve the generating capacity of the Agus-Pulangi hydropower plant in Mindanao while at the same time, we will acquire all coal-fired power plants in the region to repurpose them as we increase the capacity of renewable energy,” Ms. Alvarez said in a roundtable discussion Wednesday.

“This proposal aims to shift most of Mindanao’s energy requirements to hydropower, which will eventually spur more investment from companies seeking to expand their operations in areas powered by clean energy,” she added.

She said the government is also working on developing a carbon pricing mechanism with the World Bank.

“Right now, you have to understand that it’s not easy. We really need to transition… because even if we talk about new coal-fired power plants, there are still negotiable instruments related to these contracts. Under the law, you cannot just cancel these contracts without repercussions,” Ms. Alvarez said.

The Philippines is planning to cut 75% of its greenhouse gas emissions by 2030 under its first Nationally Determined Contribution, its commitment to the Paris Agreement on climate change.

The government is also hoping to increase the share of renewable energy in the power mix to 55.8% by 2040.

“What we understand from the Department of Energy (DoE) is the Philippines needs to balance its economic stability in terms of energy security, while at the same time (effecting a) transition towards low-carbon energy development,” she said.

The DoF said the Philippines will have to invest more than $4.12 billion in 2015-2030 to mitigate climate change risk to energy, forests, industry and transport.

“Climate change adaptation and disaster risk reduction will become an even bigger challenge for the country if natural hazards are less predictable in the future,” Ms. Alvarez said.

She said the government is also teaming up with the UK to help with the energy transition.

“We’ve been working with the UK, the EU (European Union), and now we are also in talks with the US on how we can move investments towards these cleaner sources of energy,” she added.