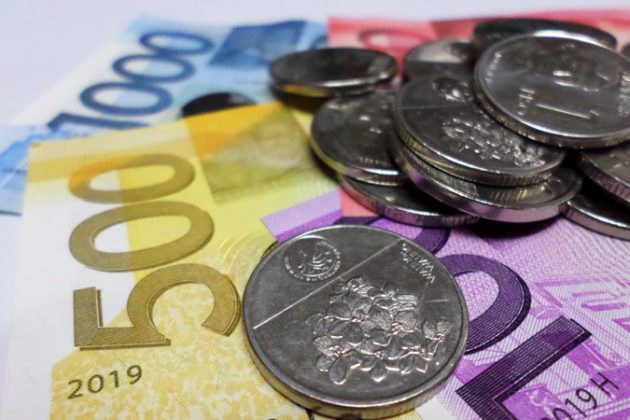 THE PESO started the week a tad stronger than the greenback as the economy reopens further and amid the ongoing sale of retail Treasury bonds (RTBs).

The local currency closed at P47.93 versus the dollar on Monday, appreciating by 11.5 centavos from its previous finish of P48.045 on Thursday, based on the data from the Bankers Association of the Philippines.

The peso opened Monday’s session at P48.04 versus the dollar. It climbed to as high as P47.90, while its weakest showing was at P48.06 against the greenback.

Dollars traded surged to $1.512 billion yesterday from $727.5 million on Thursday. The market was closed on Friday, Feb. 12 in observance of Chinese New Year.

Mr. Ricafort added that the ongoing sale of RTBs may have caused some investors to convert their dollars to peso. The Treasury is offering three-year RTBs until March 4 that carry a coupon of 2.375% for a minimum investment of P5,000.

Meanwhile, Metro Manila and other key regions across the country remain under general community quarantine (GCQ) this month.

Mayors in the capital want to defer the reopening of cinemas and other activity centers, even as a resolution allowed these establishments to resume operations starting mid-February.

“Peso was also stronger after the latest decline in the US dollar vs. major global currencies to 2-week lows amid less demand for the US dollar as a safe haven amid new record highs in the US stock markets and in other stock markets around the world amid improved global market risk appetite,” Mr. Ricafort added.

A trader said other external factors helped push the peso up against the greenback on Monday, including the signal from Federal Reserve Bank of San Francisco President Mary Daly last week that the US central bank may not taper its bond buying program over the near term even if the world’s largest economy continues to see a steady recovery.

“The local currency might weaken amid expectations of contraction in the European economic activity for the fourth quarter of 2020,” the trader added.

For Tuesday, Mr. Ricafort expects the peso to appreciate and move within P47.88 to P47.98 per dollar while the trader said it might range from P47.80 to P48 against the greenback. — B.M. Laforga