At the monthly briefing by the Independent Electricity Market Operator of the Philippines (IEMOP) last week, it was shown that while average demand from March 2020 to March 2021 increased by 3.2%, average supply decreased 7.7%, resulting in an increase in average spot electricity prices by 76.4%, P1.80/kwh higher.

One characteristic of the Philippine electricity system is that many big power plants are old, especially hydro, geothermal, and oil plants. Coal plants are generally new except Calaca and it experienced a 10 month shutdown from March 2020 to January 2021.

Also last week, the Department of Energy released the list of existing power plants as of December 2020. It is a long list, so I listed only the big ones, those above 200 MW, in Table 1. Those above 25 years old, which were commissioned in 1996 and earlier, are highlighted in red. 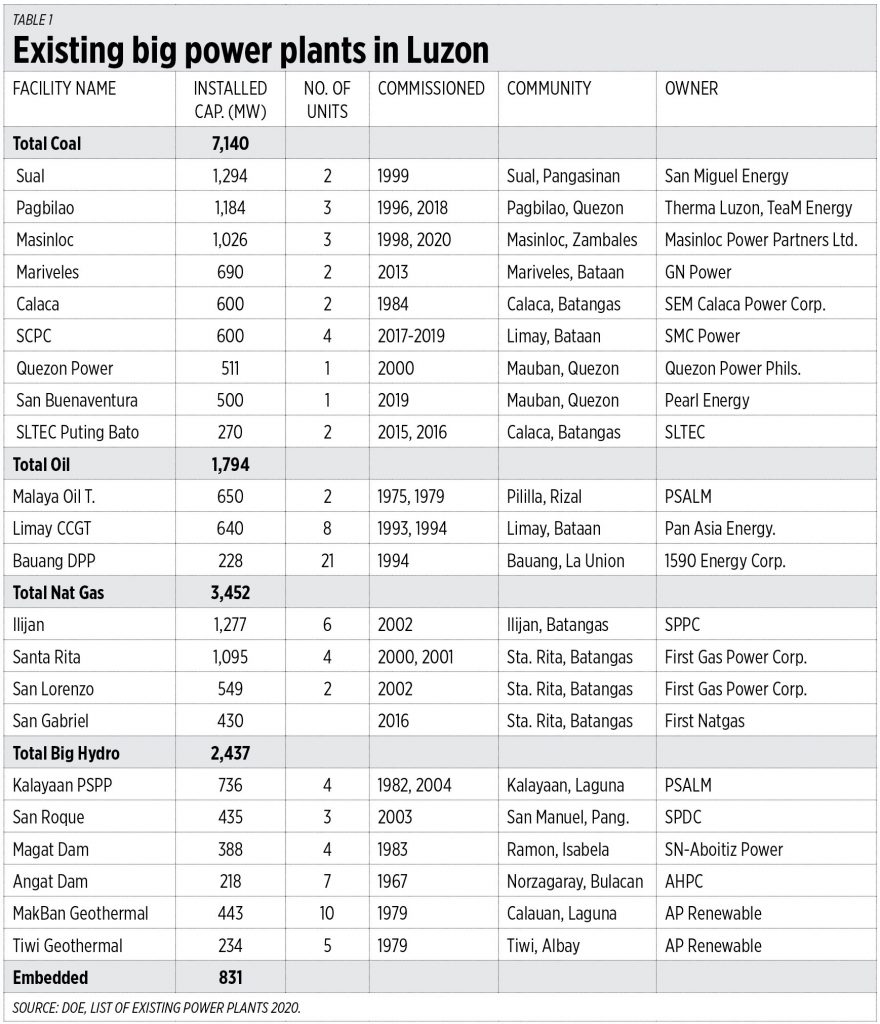 Most power plants using renewable energy sources are new, but they are small. As of 2020, their installed capacity in the Luzon grid are: wind, 283 MW; solar, 312 MW; biomass, 178 MW; small and mini-hydro, 84 MW. They remain marginal electricity producers in the country.

Visayas power is dominated by coal and these plants are mostly new. Geothermal plants in Leyte and Negros are mostly old.

In Mindanao, big hydro still dominates and all the plants are old, more than 30 years old, even 60+ years old like Agus 6. They frequently conked out and Mindanao has experienced frequent “Earth Hours” daily. Things changed from 2016 up to the present with the commissioning of many big coal plants and Mindanao said goodbye to frequent blackouts and experienced having a power surplus, no blackouts and cheap electricity for the first time in many decades (see Table 2). 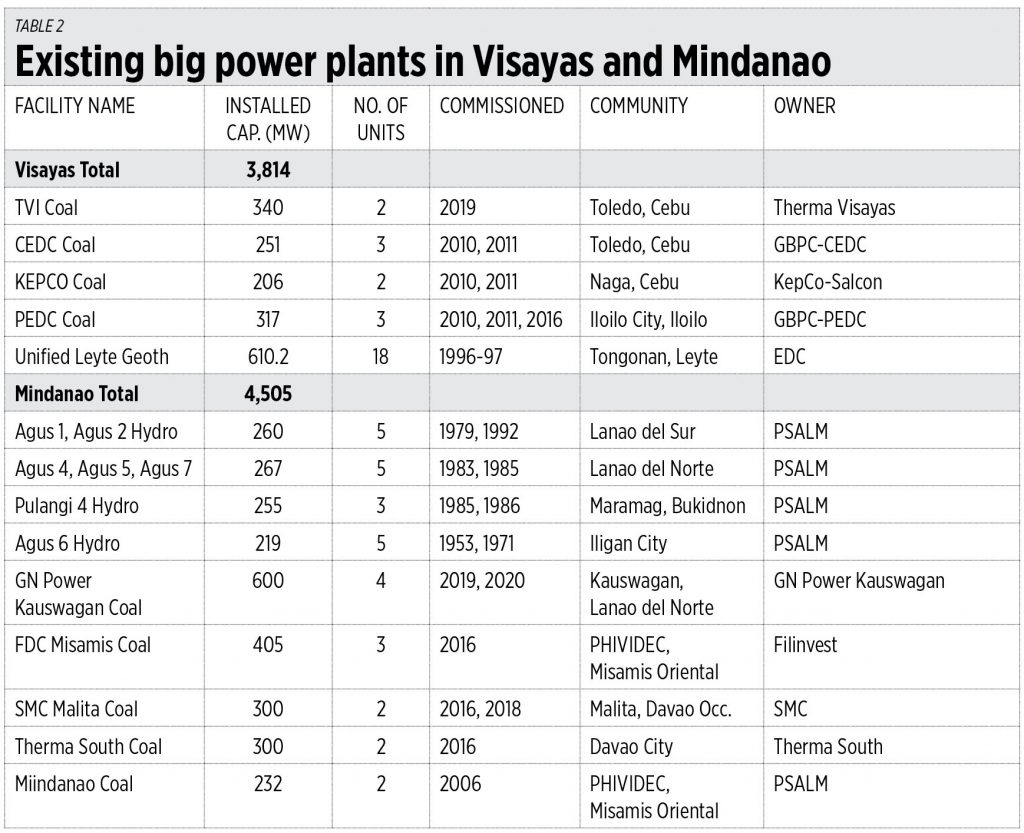 Coal power continues to be demonized but it is actually the workhorse of the Philippines power infrastructure. In the Luzon-Visayas grids for instance, coal produced 54% of total power generated in February-March 2021, followed by natural gas at 24%, geothermal at 11%, and hydro at 6%. The combined output of biomass, solar, and wind is only 5% of the total. The data comes from IEMOP.

In 2020, the Philippines was the worst performing economy in Asia with a GDP contraction of 9.6%. It was also the third worst performing economy among the top 40 largest economies in the world. To help in fast economic recovery, cheap and stable electricity is needed. The government’s new adverse policies against coal should stop and be reversed, otherwise expensive and unstable power will endanger our aspirations of high and sustained growth.

10 trends in mortality 2020 in the Philippines