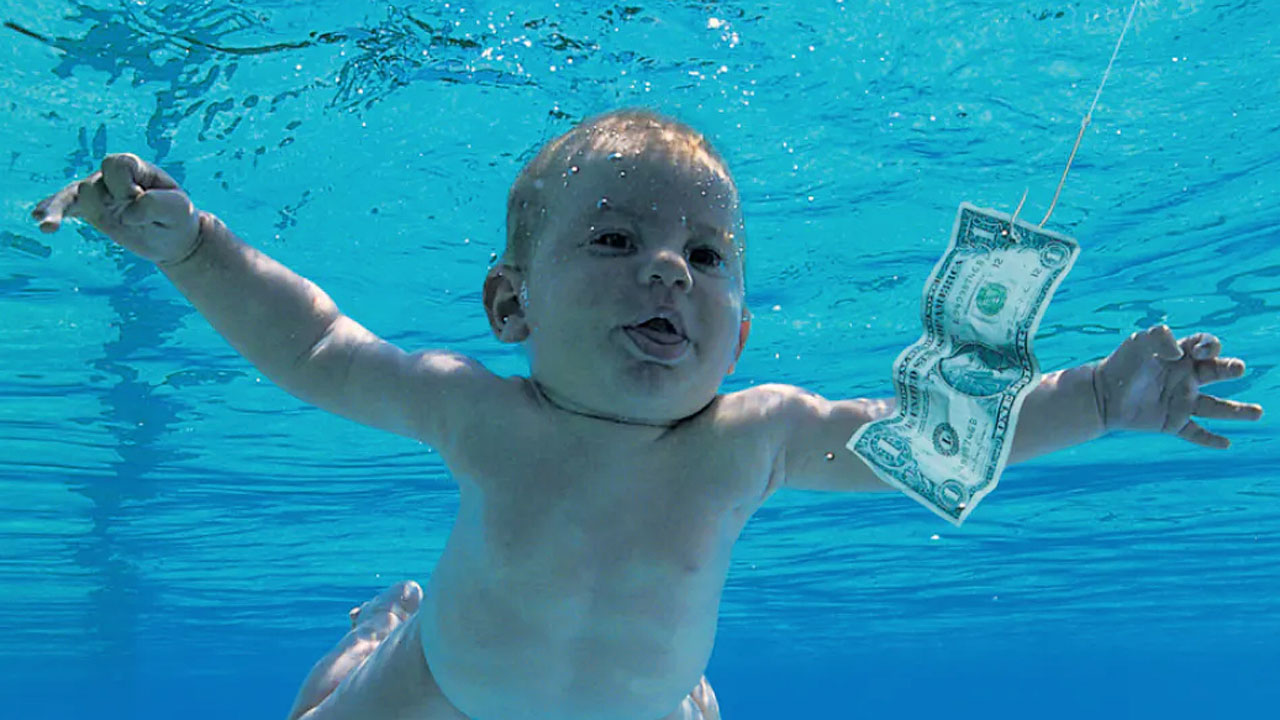 “LASCIVIOUS” or “edgy”? That’s the question raised by the lawsuit filed by Spencer Elden, now 30 years old, who as a baby was featured on the cover of Nirvana’s Nevermind album, swimming naked after a dollar bill that dangles before him on a fishhook. Mr. Elden argues that the image is pornographic and that, as an infant, he was forced to engage in commercial sex.

I admit to knowing little about popular music, even popular music from three decades ago, and until the lawsuit was filed, I’m not sure I’d ever so much as glanced at the iconic Nevermind cover. On the merits, I tend to side with the many lawyers who are skeptical that the album cover is pornographic. But I could be wrong, not least because over the past 30 years, the balance between edgy and pornographic has swung quite radically.

Nevermind was released in 1991 to enormous commercial success as well as critical acclaim. The album’s cover image, said the London Observer, represented “the Faustian contract that usually comes with money”: if you take the money, “you’re hooked for life.” The image was also seen as an illustration of the ambivalence of Nirvana itself, a purportedly rebellious grunge band that had signed its first mainstream contract.

The album, Rolling Stone would say years later, “transformed grunge into a national phenomenon” — perhaps because, as the historians point out, “grunge softened punk.” Whatever the cause, for that brief moment in the mid-1990s, “grunge dominated the mainstream.” And even if some found the cover image outrageous or disturbing, this was yet the era when the left was determined to épater les bourgeois.

Ms. Menkes wasn’t pointing fingers; she was describing how fashion mimics “what is in the air.” Moreover, one suspects that for many of those who lauded the swimming baby image, “uncomfortably close” was part of the appeal. To be edgy is to dance along a forbidden line without quite stepping over it; or, if one does happen to dangle a toe on the wrong side, to jump back at once to safety.

That’s what the Nevermind album cover does: it dances along the line. A provisional addition to the Oxford English Dictionary defines “edgy” as “that [which] challenges received ideas or prevailing aesthetic sensibilities; at the forefront of a trend.”

The visual arts often challenge sensibilities in exactly this way, by giving us a visceral if virtual punch, somewhere in vicinity of the id. One need look no farther than Picasso’s 1907 masterpiece Les Demoiselles d’Avignon. Modern critics have decried the painting as deeply offensive in its portrayal of black sexuality, but through some aesthetic magic our very revulsion draws us in. The imagery works.

Perhaps the best-known exponent of edginess in my lifetime was Robert Mapplethorpe. His photographs were not to my taste, but the controversy sparked by posthumous exhibitions of his work in the late 1980s and early 1990s led to difficult yet important conversations about both the diversity of human sexuality and the depth of our commitment to free expression. (I’m pleased to disclose that a member of my family was heavily involved in the controversy, on the pro-speech side.)

The largest and angriest of the Mapplethorpe controversies, which erupted over the 1989 exhibition at Washington’s Corcoran Gallery of Art, revolved in large part around his photographs of naked children. In a 2020 article, the legal scholar Amy Adler detects in the legal and political discourse since then a decline in concern about obscenity alongside a rise in concern about child pornography. To oversimplify Ms. Adler’s argument, there exist images that would have been considered obscene three decades ago that are obscene no longer; but, where depictions of young children are involved, there exist images that would have been considered art three decades ago but are now considered pornographic.

The arc of time that she studies fits the arc since Nevermind was released in 1991. Back then, the swimming baby was art, its significance analyzed to death. By today’s standards, the image strikes many people differently, just the way that many of the Mapplethorpe photographs do. What was once edgy has become sinister.

Aswang is the big winner at the 2021 Gawad Urian