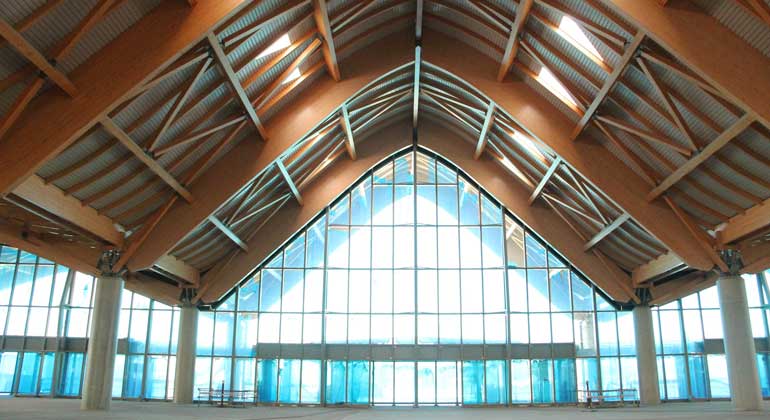 THE new passenger terminal building at Clark International Airport is on track for completion by next month, bringing the northern gateway’s overall capacity to 12.2 million passengers yearly.

“As of March 2020, the Clark International Airport Expansion Project is 98.73% complete,” Corporate Communications Officer Maricar Gay Savella-Villamil of the Bases Conversion and Development Authority (BCDA) told BusinessWorld in a phone message Monday when asked for an update.

In its annual report for 2019, the Transportation department said the P12.55-billion project is set for completion by July.

Clark International Airport has a capacity of 4.2 million passengers with the current terminal building.

According to the official website of the Public-Private Partnership Center, the engineering, procurement, and construction contract for the project was signed in January 2018.

The new passenger terminal building is being built by Megawide Construction Corp. and GMR Infrastructure Ltd.

The Transportation department said the construction and rehabilitation of alternative airports, alongside the rehabilitation of the Ninoy Aquino International Airport (NAIA), will boost connectivity and mobility for Filipinos, giving them additional travel options.

The Transportation department also expects that the development of Clark International Airport will generate jobs and push for economic growth in Northern and Central Luzon. — Arjay L. Balinbin