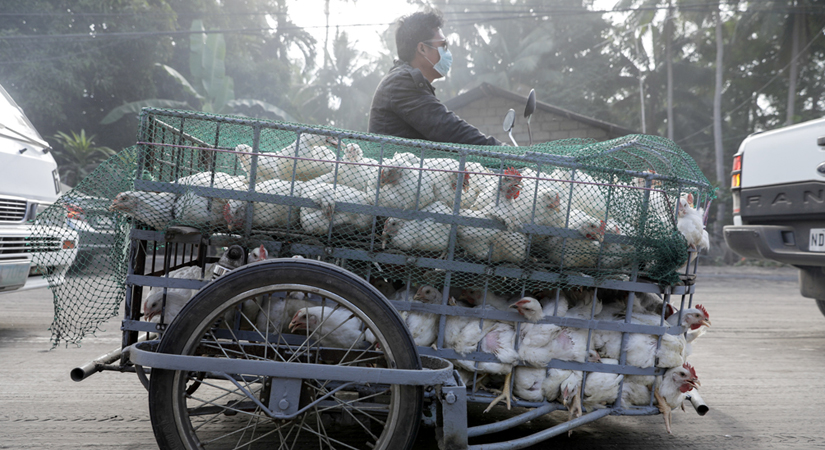 THE overall year-on-year increase in prices of widely used goods picked up for the third straight month in January by its fastest pace in eight months, the government reported on Wednesday.

Preliminary data from the Philippine Statistics Authority (PSA) showed headline inflation at 2.9% last month, picking up from the 2.5% pace in December, albeit still slower than the 4.4% inflation rate in January 2019.

The January inflation result marked the fastest pace in eight months or since the 3.2% reading in May 2019.

The latest headline figure is higher than the 2.7% median in a BusinessWorld poll conducted late last week and falls within the 2.5-3.3% estimate given by the Bangko Sentral ng Pilipinas (BSP) for January, and 2-4% for the year.

Core inflation, which discounted volatile prices of food and fuel, stood at 3.3% in January, picking up from 3.1% the previous month and the fastest since the 3.5% in May 2019.

“We had expected the uptick in inflation with select food items posting higher inflation on supply disruption and crop damage from twin storms in December and the [Taal] volcanic eruption in January of this year. Meanwhile, excise taxes were levied on sin products and fuel, pushing up prices for related items in January as well,” Mr. Mapa said in an e-mail.

Albay Rep. Jose Ma. Clemente S. Salceda, chairman of the House Committee on Ways and Means, said last month’s inflation “was driven in large part by price pressures due to Taal activity.” He cited, in particular, the price pickups observed in fish, meat, and vegetables.

Bank of the Philippine Islands (BPI) Lead Economist Emilio S. Neri, Jr. said that along with the increase in sin taxes, the hike in oil prices have also contributed to January’s uptick.

“Despite recent reductions in petroleum prices [that might reflect in the February reading], LPG (liquefied petroleum gas) prices increased early January, which was reflected in the faster price hikes in utilities,” Mr. Neri said in a phone interview.

INFLATION IMPACT FOR THE POOR
Likewise, the PSA reported preliminary figures for inflation as experienced by low-income families for January. That month, inflation for the bottom 30% of income households grew 2.6%, faster than the 2.1% in December, but slower than the 4.9% in January 2019.

The CPI for the bottom 30% reconfigures the model basket of goods in order to reflect the spending patterns of the poor. This compared to the headline CPI which measures inflation as experienced by the average household.

ING’s Mr. Mapa said that the increase in inflation as experienced by the low-income families was “expected.”

“The switch to the new base year gives a more accurate picture of what the bottom 30% household purchase as PSA updated both the composition and weighting of such…[Now, we can] be more confident of being able to monitor price trends for this segment more accurately,” he told BusinessWorld.

“Just like headline inflation for all of the Philippines, we expect inflation for the bottom 30% to inch higher in 2020, bounce, then settle as base effects fade out,” he added.

RISKS AND OUTLOOK
“Despite the relatively stable inflation outlook, we cannot be complacent, as the balance of risks remains on the upside for 2020 due to the effects of the Taal Volcano eruption, spread of African Swine Fever, and novel coronavirus (2019-nCoV),” Socioeconomic Planning Secretary Ernesto M. Pernia was quoted in a statement by the National Economic and Development Authority as saying.

In a mobile phone message to reporters, BSP Governor Benjamin E. Diokno said the central bank would be considering both downside and upside pressures on succeeding inflation readings.

“The staff is reviewing the inflation outlook in the light of falling world crude prices. It is also revisiting the likely impact of the coronavirus on the global and Asian economies — both in the short-term and medium-term. These are two of the major factors in the decision making process in [today’s] policy meeting,” BSP Governor Benjamin E. Diokno said in a mobile phone message to reporters.

“The 2019-nCoV will likely alter consumer behavior, pushing up consumption in medical supplies and groceries as consumers opt to stay indoors and avoid unnecessary trips to the mall and crowded areas. This likely forces prices for basic food stuffs higher while inflation for restaurants and others will dip on depressed demand,” he explained.

In a research note, Mr. Mapa expects inflation “to inch higher and ‘bounce then settle’ as reverse base effects from the 2019 inflation lows nudge prices higher in 2020” with inflation to average 3.2% for the year, albeit peaking in the third quarter.

“Despite the uptick in inflation, we expect the BSP to cut policy rates by 25 basis points (bps)…,” Mr. Mapa said.

For BPI’s Mr. Neri: “With inflation still below 3%, the BSP may cut its policy rate by 25 bps in its February policy meeting.”

However, Mr. Neri told BusinessWorld that a 25-bp cut could be a “one-and-done” cut. “Personally, I won’t recommend any other cuts more than 25 bps considering the upward inflationary pressures of factors mentioned.”

On the other hand, Nomura’s Mr. Paracuelles expects the BSP to keep policy rates unchanged at 4% in Thursday’s monetary policy meeting.

“The further pick-up in headline inflation in January was within BSP’s projected range of 2.5-3.3% as opposed to materially surprising to the downside, which supports our call for BSP to keep policy settings stable. We think BSP will likely err on the side of caution, and pay particular attention to the fact that, on a month-on-month seasonally adjusted basis, headline inflation at 0.4% is relatively strong and is the second highest on record since late 2018. The same is true for core inflation,” Mr. Paracuelles said.

“Still, we assign a 70% likelihood to our forecast of unchanged policy rates and a 30% chance to a 25-bp cut, which reflects comments by Governor Benjamin Diokno that BSP has policy space…,” he added.