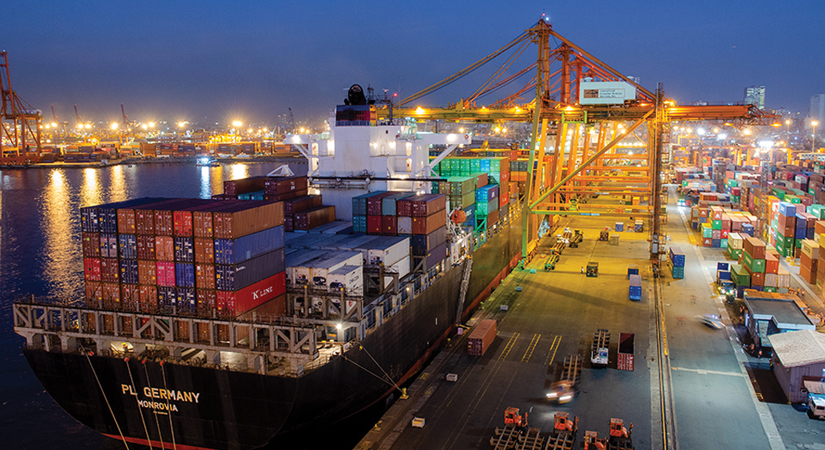 However, economists said this may be short-lived as global value chains are being disrupted by the ongoing coronavirus disease 2019 (COVID-19) outbreak.

Preliminary PSA data showed the total value of merchandise sales abroad increased by 9.7% year on year to $5.79 billion at the start of 2020.

The export growth in January was above the four-percent growth target set by the Development Budget Coordination Committee (DBCC) for 2020.

Meanwhile, the country’s import bill went up by one percent to $9.29 billion in January. This marked a reversal from the 7.6% contraction in December, but was slower than the 3.6% import growth in January last year.

The January result marked the first time since March 2019 that imports grew year on year. Nevertheless, this was below the DBCC’s eight-percent growth target set for this year.

The country’s trade-in-goods deficit amounted to $3.5 billion, narrower than the $3.92-billion shortfall recorded in the same month last year.

However, economists said the gains made in January may not be sustained as effects of the COVID-19 outbreak are expected to be seen in the subsequent months of trade data.

“Exports [at 9.7%] were very good, but it is hard to say [on whether this will continue] since January data is still a bit noisy,” said George N. Manzano, University of Asia and the Pacific (UA&P) economist and a former tariff commissioner.

“The game changer for the country’s external trade is the COVID-19 outbreak, which can alter world trade fundamentally,” he told BusinessWorld in a phone interview.

In a note to reporters, Security Bank Corp. Chief Economist Robert Dan J. Roces said the export figures in January have not yet captured the impact of COVID-19 with the gains likely being “residual effects from December levels” as well as driven by orders related to the phase one trade deal signed between the US and China in January.

“Import numbers [are] also not capturing [the] outbreak impact yet as inbound shipments from China grew 16.4%, which we think will be hard-pressed to perform until the second half of the year as manufacturing and logistics concerns still hounding mainland China might lead to a negative economic feedback loop,” Mr. Roces said.

In a separate note, ING Bank N.V. Manila Senior Economist Nicholas Antonio T. Mapa said the 9.7% gain in exports was “driven largely by the mainstay electronics subsector,” and that the “surprise exports growth” in January may “not likely to last much longer.”

By commodity group, exports of manufactured goods — which accounted for 81.25% of the total overseas sales in January — grew by 7.5% to $4.7 billion. Exports of electronic products, which made up around 56% of total merchandise exports in January, rose 15.8% year on year to $3.23 billion. Semiconductors, which made up 43% of electronics, jumped 21.9% to $2.48 billion.

On the other hand, overseas sales of petroleum products declined by 17.6% to $38.03 million.

“In the coming months, we may expect a drop in demand for these electronic components as the global supply chain remains impaired by work stoppages and depressed demand due to [COVID-19]. A projected slowdown or contraction in electronics exports will likely drag on the entire export sector in 2020,” ING Bank’s Mr. Mapa said.

Mr. Mapa added that import gains from China “will likely reverse to contraction” with the bulk of these goods being raw materials used for construction or re-export.

“This development may be crucial for the government and its ambitious infrastructure plans as iron and steel are sourced from China which could lead to delays in the government’s construction efforts. Meanwhile, Philippine exports may also revert to contraction in the coming months as raw materials used in the re-export of these products fail to arrive and resulting in overall weakness in overall exports,” Mr. Mapa said.

UA&P’s Mr. Manzano shared a similar assessment: “Most of the country’s exports of semiconductors were imported before being processed in the country, then exported the next month. This may constrain the country’s trade activity further as our exports are dependent on imports of component parts.”

“Expect the DBCC to revise import and export growth assumptions downward — as this was formulated in December and COVID-19 may not yet be taken into account,” he added.

On the other hand, Mainland China was the biggest source of foreign goods purchased by locals in January, accounting for 25.5% at $2.37 billion. Other major import trading partners were Japan and Korea, which contributed 8.7% ($810.69 million) and 7.5% ($698.27 million), respectively.