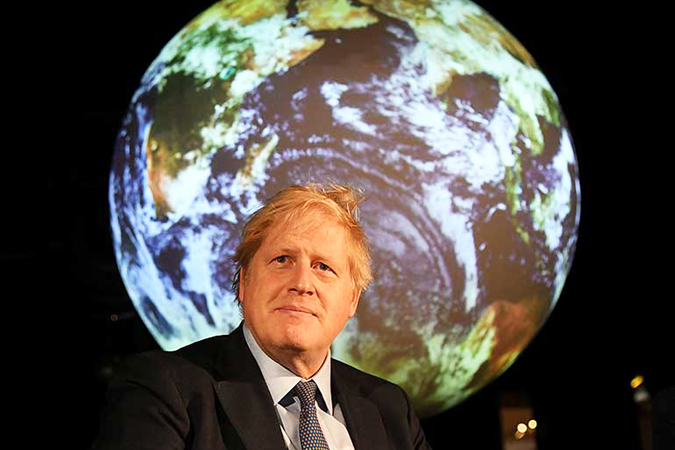 ONE SURPRISING knock-on effect of the UK’s departure from the European Union, which became official last week, was to bind the bloc’s 27 remaining members closer together. The British had expected the red-carpet treatment from national governments desperate to keep selling Italian prosecco, German cars, and French wine. They were instead shown the door by a united EU more focused on preserving the integrity of the single market, avoiding a return to a hard border in Ireland and settling the UK’s bill.

While you’d be hard-pressed to describe the EU as united on other issues, such as the upcoming budget, enlargement policy, or fiscal harmonization, the solidarity around Brexit is still there. The bloc’s top negotiator Michel Barnier, once dismissed as a has-been but now the closest thing Brussels has to a rock star, is leading the charge for a regulatory “level playing field” to govern any future trade deal with the UK — backed by similar calls from politicians in France, Germany, Italy, Ireland, and the Czech Republic. National priorities such as fisheries for France and Gibraltar for Spain have become European ones.

UK Prime Minister Boris Johnson has been quick to accuse Brussels of overplaying its hand. His response to demands for commitments on labor, the environment, and state-aid rules has been to threaten a bare-bones “Australia” deal — what’s basically close to no deal at all. That’s a calculated move to divide and conquer EU member states facing tariffs on goods worth some €47 billion ($52 billion).

Yet these threats are more likely to remind the Europeans why they should keep sticking together. The EU feels both existentially imperiled by Brexit and innately more powerful as a trading power. The more Johnson dismisses food-safety fears as “mumbo-jumbo” or mocks state aid as a purely foreign addiction, the more the EU will view the UK not as Australia, nor Johnson’s preferred alternative of Canada, but more like Mexico as seen through the eyes of Donald Trump: A top trade partner that’s also a dumping threat. Johnson’s protestations that Britain has a higher minimum wage than most EU states won’t fix the lack of trust motivating Brussels to take US-style steps to protect the bloc’s welfare. “The integrity of the single market has never been, and will never be, negotiable,” Barnier said last month.

While the worry is always there that the common front will eventually crumble — say with a side-deal brokered to protect one member’s interests over those of the 27 all together — it hasn’t happened yet for a few reasons. Professor Thierry Chopin of Lille’s Universite Catholique points to three drivers of unity: An attachment to the single market that’s shared even by very different member states; public opinion that’s more positive on the EU and less keen on politicians calling to leave the bloc; and the power imbalance between the UK’s 60 million consumers and the EU’s 450 million. It’s hard to see how Johnson can overcome the latter unless he knocks a US trade deal out of the park.

Preserving unity is also a way to preserve global influence. As a regulatory superpower, one that relies on trade deals and soft power to export its rules, Brussels is keen to ensure that having a UK-shaped gap in its single market won’t poke holes in flagship rules such as GDPR for data privacy or MiFID II for financial markets. This ability to influence regulation outside the single market is known as the “Brussels Effect,” a term coined by Columbia Law School’s Professor Anu Bradford, whose latest book argues that Brexit will likely strengthen the EU’s hand. Brexit has put both the UK and the EU’s dreams of regulatory autonomy on a collision course.

To be sure, there is always the risk of taking too tough a position in a negotiation, or of becoming overconfident. Brussels will have to bear in mind its own need to stay close to the UK, for access to the City of London’s markets and to defense and security partnerships. The economic cost of an abrupt return to tariffs would unleash a race for state support. It’s not clear the EU is ready for that.

Right now, though, there’s no reason to call for a climbdown. The 11-month deadline for these talks doesn’t play in Johnson’s favor, and the UK and EU economies aren’t likely to be any less intertwined at the end of this year than at the start of it. The rhetorical saber-rattling conceals room for compromise on both sides. With the US and China increasingly assertive on the world stage, Johnson’s antics mustn’t reverse Brussels’ Brexit togetherness.