The virus scare has become an opportunity for some people to advance their populist and socialist agenda like calling for free electricity and free water for poor households that already receive 4Ps cash transfer plus additional cash under the social amelioration program (SAP). Some also receive cash and goods from private individuals, companies and charities.

This month, I read six stories in BusinessWorld related to electricity pricing alone:

From the perspective of consumers, report numbers 1, 4, and 6 are good news. Any government mandatory price reduction should come from the government itself, like taxes and fees. Deferred payment means payment should still be made at a later specified date, no freebies.

Report numbers 2, 3, and 5 are bad and anti-consumer. Indefinite deferred payment by electric coops (ECs) means indefinite non-revenue by power generation companies (gencos) and NGCP (National Grid Corporation of the Philippines). Free electricity even for one month is wrong. Energy inputs like oil, gas, and coal are not free. There are even big excise taxes and government royalties on them.

I checked the various charges that lifeline consumers (those consuming 50 kwh a month or lower) pay. Current rates are actually lower than in the past three years and these are nominal prices. If deflated to real prices, the April 2020 billing costs would become even lower (see Table 1). 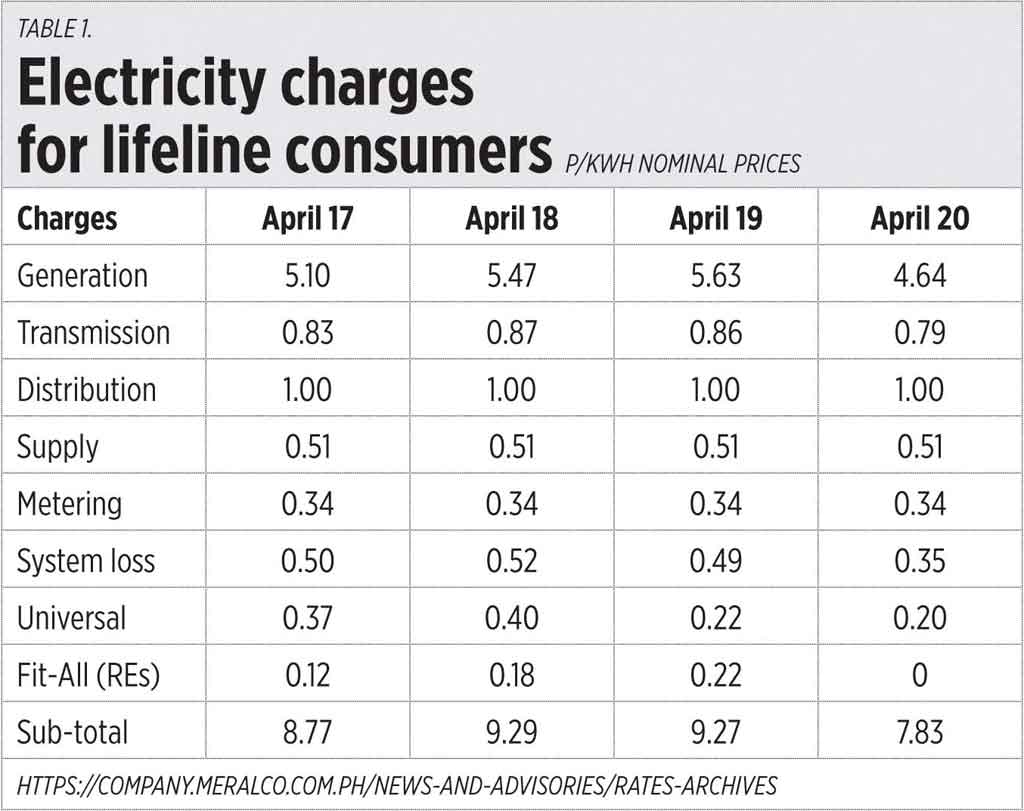 So the calls by populist and even socialist individuals to have “free electricity, free water” for poor households are misplaced.

Vic Dimagina and Laban Konsyumer Inc. (LKI) proposed that bills in electricity, water and telephone be waived for beneficiaries of government SAP (April 13).

The “freebies populism” of government leaders like Nograles, BM, and LKI is misguided. Energy inputs like oil, gas, and coal are not free. Personnel at those power plants, transmission and distribution entities are not working for free. Besides, poor households consuming below 50 kwh a month are already given money by the government.

The real “expensive electricity” is no electricity — blackouts, with people having to use candles or gensets. Not P7.83/kwh which even includes various government taxes (corporate income, personal income, excise, royalties, LGUs, etc.).

While BM is a nationalist-socialist organization, LKI is a confused or inconsistent consumer organization.

Laban Konsyumer Inc. going against businesses is wrong as these businesses also depend on other businesses, entrepreneurs, and workers. A real consumer advocacy is against heavy government regulations and taxation which distort business rewards and punishment.

The extended community quarantine in Luzon has drastically reduced electricity demand, which helped pull down electricity prices for March 2020 vs March 2019 — consumers already benefit from this (see Table 2). 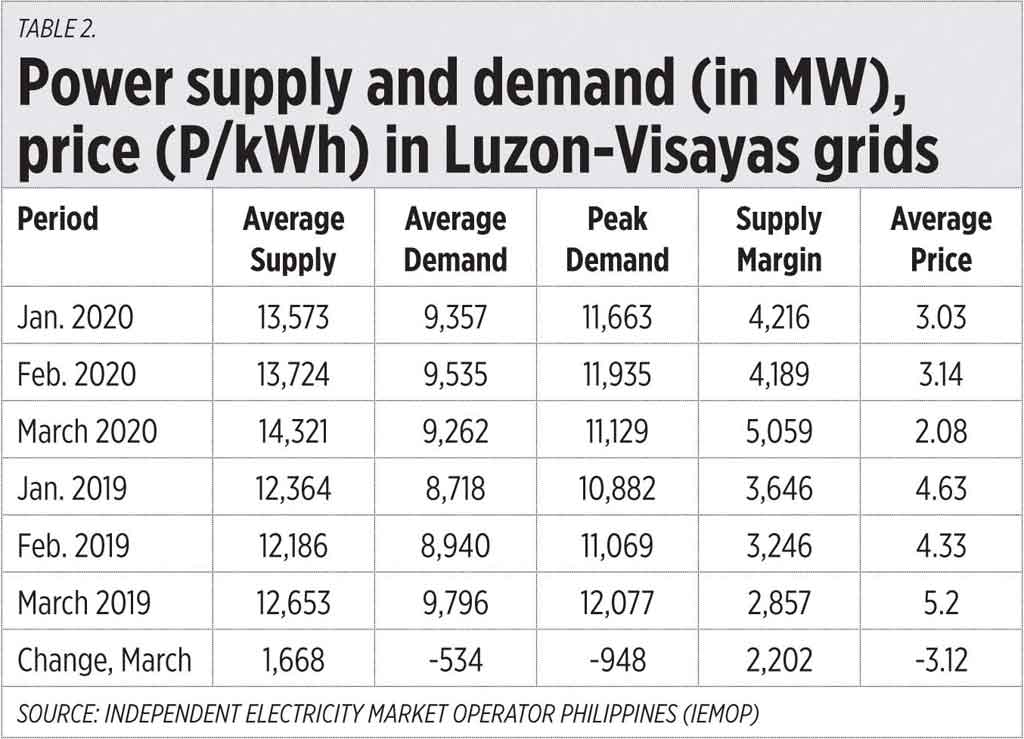 Consumers have specific “vested interests” — more choices, more options in various products and services at competing prices and qualities, design, and brand. Consumers also have a choice whether to consume 50 or 100 or 300 kwh of electricity in a month. Mandatory freebies or price control remove the incentive to produce more and consumers are left with no or little choices.