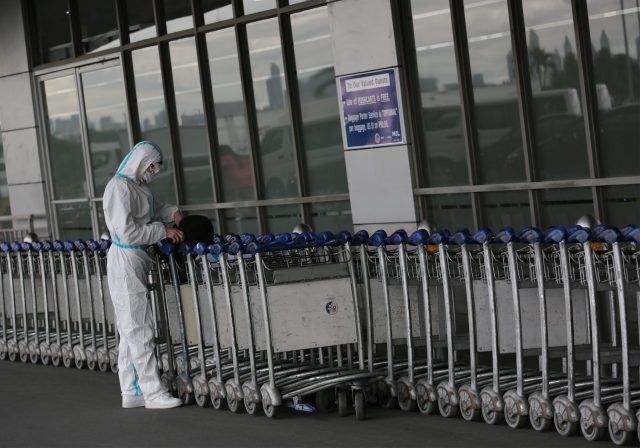 A THIRD case of the highly mutated Omicron coronavirus variant has been recorded in the Philippines, with the carrier a 36-year old unvaccinated Filipino who flew back from Qatar, health authorities announced on Monday.

“The case completed his isolation in Cebu before traveling back to Cavite, his hometown, where he immediately self quarantined at home upon arrival. The case is currently finishing his home quarantine in Cavite and has remained asymptomatic since his arrival,” she told reporters via Zoom.

He arrived at the Mactan-Cebu International Airport late November and his test sample was reported positive on Dec. 5.

“The DoH (Department of Health) is already determining the possible close contacts among co-passengers during the flights of this case,” she said.

“The DoH is also verifying the test results and health status of all passengers of this flight if there are other confirmed cases or passengers who became symptomatic after arrival.”

The department earlier reported the country’s first two cases of the Omicron variant, where one was a returning Filipino migrant worker from Japan while the other was a Nigerian. Both, including all close contacts, have already tested negative for COVID-19.

Meanwhile, the department reported 263 coronavirus infections on Monday, bringing the total to 2.84 million.

The regions with the most number of cases in the past two weeks were Metro Manila with 44, Calabarzon with 32, and Zamboanga Peninsula with 23.

Another 105 patients had tested negative and were removed from the tally. Four laboratories did not operate on Dec. 18, while 13 failed to submit data.

The agency said 21% of intensive care units in the Philippines were occupied, while the rate for Metro Manila was 22%.

Ms. Vergeire also said that the average daily cases further dropped to 299 last week, down 24% from 398 the previous week. In the capital region, daily cases have decreased by 7%.

All regions across the country are also at minimal health risk classification, with a negative two-week growth rate and average daily attack rate of less than one per 100,000 population in the past week, she said.

UN ruling vs China in sea squabble is ‘nonnegotiable’