THE PHILIPPINES has again topped a global survey on the role of women in senior management, with more women taking on top roles in mid-market businesses among 29 economies.

The Grant Thornton International’s 2021 Women in Business Report showed that Filipino women took on 48% of senior leadership roles, up five percentage points from the previous year, when 32 economies were surveyed.

Globally, 31% of positions in senior management teams were held by women, higher than the 2020 figure and surpassing the 30% representation threshold needed to change decision-making processes. 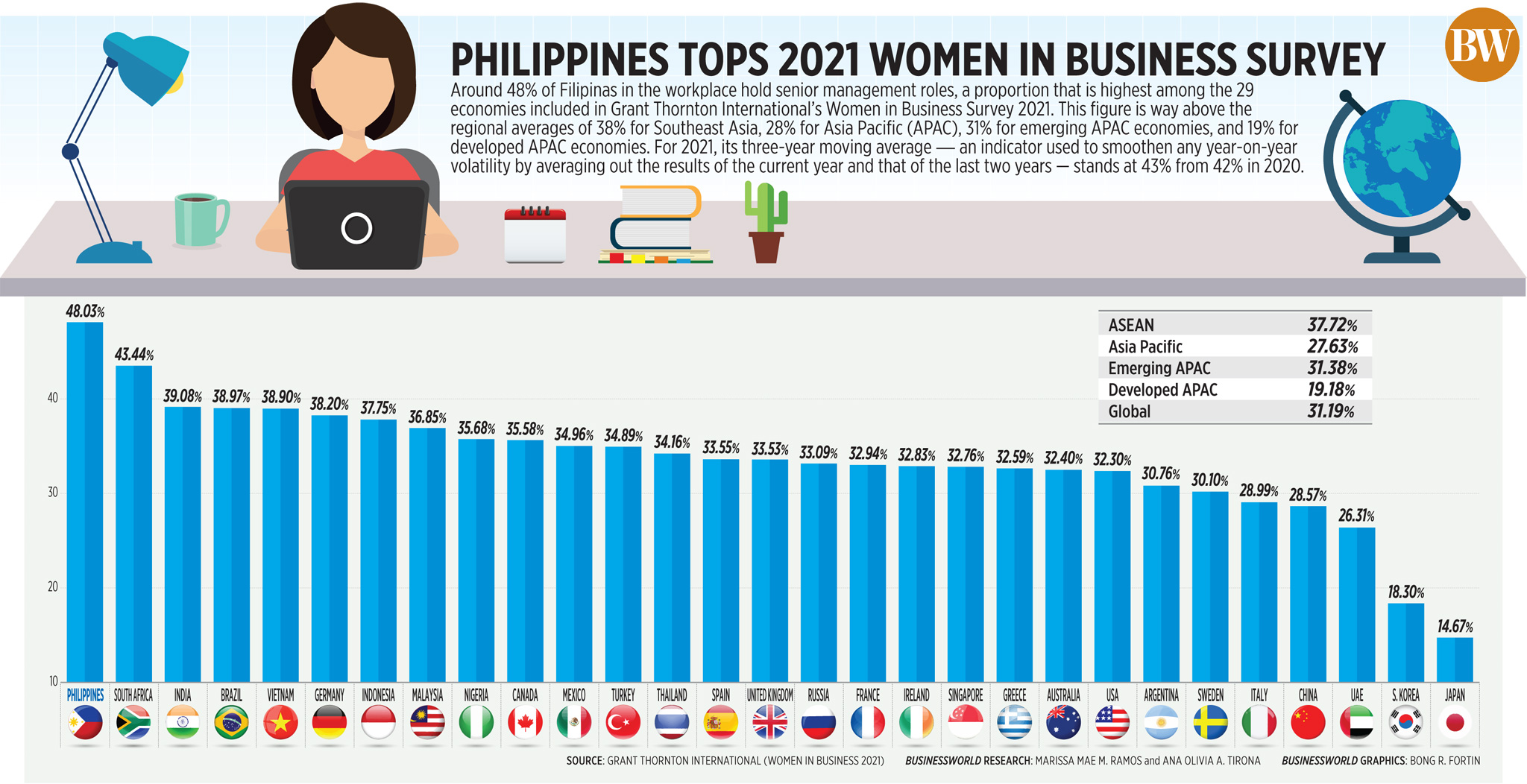 All the countries surveyed except for China, the United Arab Emirates, South Korea, and Japan have passed the threshold.

The survey covered nearly 5,000 respondents in 29 economies, including 100 in the Philippines. Interviews were conducted from October to December 2020.

“Ranking first globally in terms of women in senior roles in the Philippines is an important milestone for businesses in the country, but not the end goal. Those businesses that want to reap the benefits of a better gender balance, must continue to take action to enable women to realize their ambitions,” P&A Grant Thornton Chairperson and Chief Executive Officer Ma. Victoria C. Españo said in a statement on Monday.

“Becoming the number one ranking country in terms of the proportion of women in senior management certainly does represent progress — having grown from 39% five years ago when we first started tracking this — but these gains can easily be lost,” she added.

However, the proportion of female chief financial officers fell three percentage points to 35%.

The Philippines also ranked 23rd among the surveyed economies in terms of businesses that have no women in senior leadership positions, representing 3% of businesses.

Among those surveyed, 42% said that the new working practices like remote work developed in response to the pandemic will benefit women’s career trajectories in the long term. More than half of Philippine businesses surveyed said that they expect stakeholder pressure to maintain gender balance to increase as a result of the pandemic.

Campaign seeks to reduce firms’ use of pirated software

Care for the earth as you take care of yourself