Here is my modest list of important global and national stories in the energy sector.

2. Stable world oil balance. World oil demand is rising by 1.1 million barrels per day (mbpd) on average. Russia and Saudi-led OPEC production was flat or declining — this should have resulted in rising oil prices but it did not happen. The reason is rising US oil production, an average of 1.55 mbpd yearly in 2017-2020. OPEC non-gas liquids (NGLs) rose mildly (see Table 1). This is thanks to the US shale oil and gas revolution and Trump’s “energy dominance” policy which neutralized the oil output cut by OPEC and Russia. 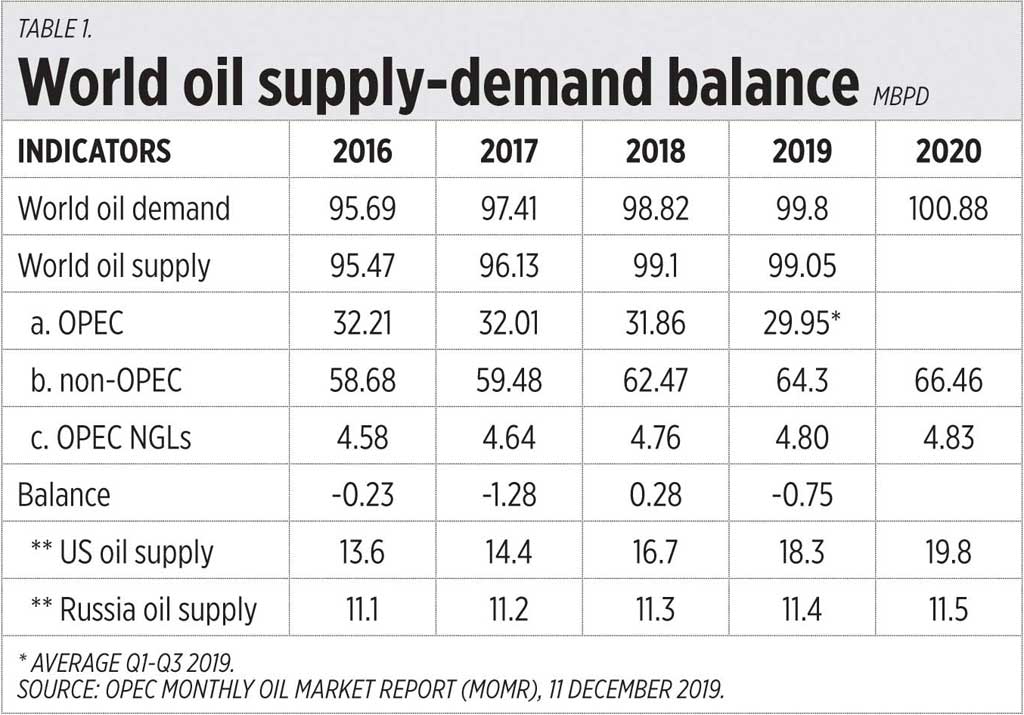 3. No global carbon tax. The big annual climate fiesta — aka UN Conference of Parties (COP) meeting 2019 in Madrid — failed to create another scheme that would produce that elusive $100 billion/year of climate money that was promised in Paris Agreement 2015. Many rich countries will not agree to further bleed their people with more energy taxes.

4. US Congress phasing out wind-solar subsidies. The investment tax credit, which reimburses 30% of the cost of new solar systems will begin winding down in 2020, down to 10% for most companies by 2022. The energy production tax credit, which gives wind power generators a roughly two cent per kilowatt boost, will wind down in 2021, decreasing steadily until it becomes zero in 2025 (Houston Chronicle, Dec. 26, 2019).

5. Energy consumption is down in the West. A June 2019 report by British Petroleum (BP) showed that after two decades, primary energy consumption in the West is flat or declining but it is rising in Asia (except Japan). The data covers not only electricity generation but also oil-gas consumption for transportation (land, sea, air), agriculture, etc. 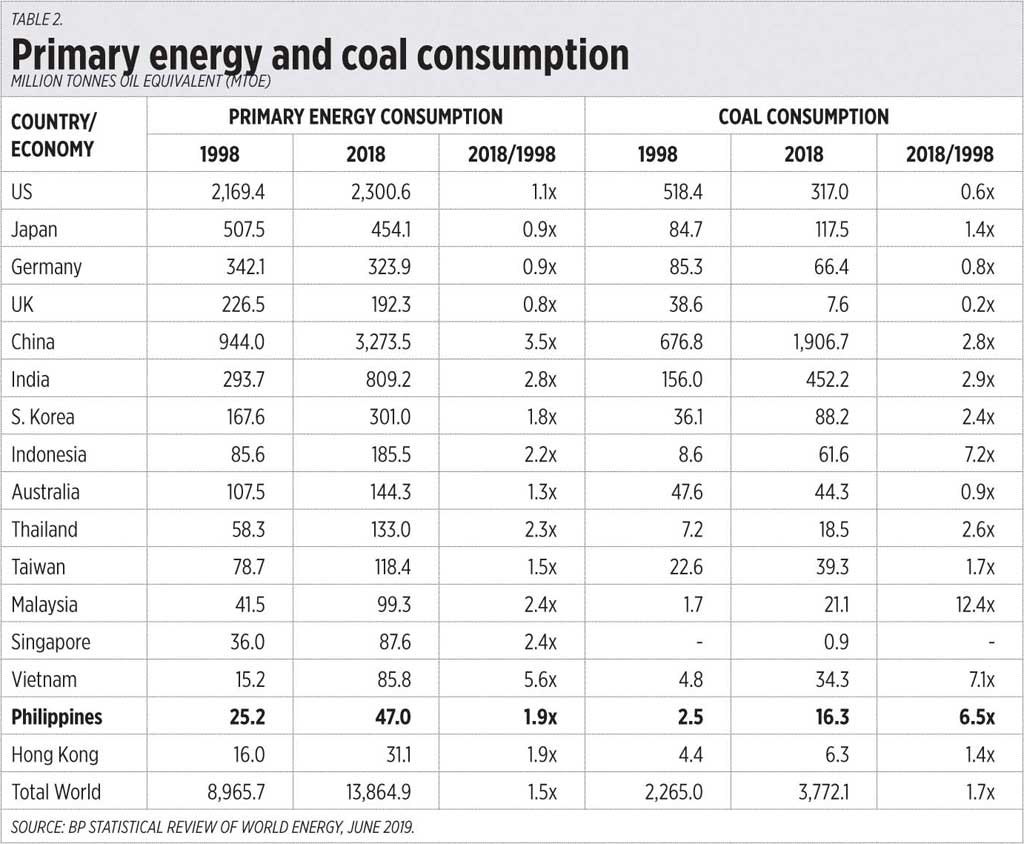 7. Yellow-red alerts in Luzon grid from March-July 2019. Among the reasons for the alerts, No. 1 is there are many old, ageing big conventional plants, and unscheduled and longer maintenance shutdown. Some 40% of all power plants in Luzon are 20 years or older, especially oil and geothermal plants. Reason No. 2 for the many alerts is that many new additions in the power mix are intermittent, unreliable, weather-dependent wind-solar that cannot provide big, dispatchable power. (See Table 3)

More government energy intervention — in giving subsidies to intermittent renewables, in power price control at the Wholesale Electricity Spot Market, in limited retail power supply and competition, etc. — is not good for the consumers.