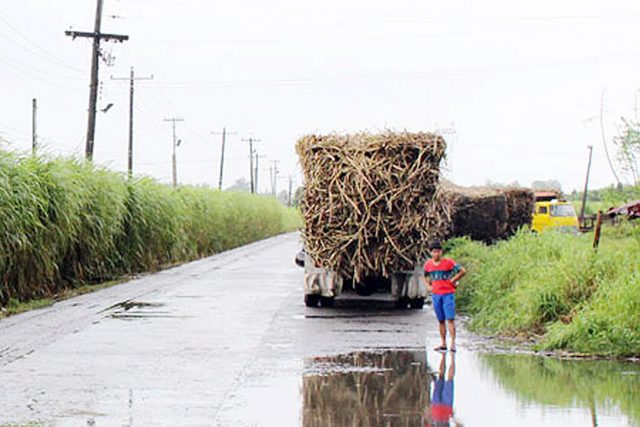 THE delay in sugar imports resulting from a court-ordered stay has worsened the supply-demand balance and caused prices to rise, the Sugar Regulatory Administration (SRA) said.

“Imported sugar coming in will increase the supply of sugar and we will be able to balance out the supply and demand, which will arrest the increase in prices,” Sugar Administrator Hermenegildo R. Serafica said in a statement.

He said a temporary restraining order (TRO) remains in force on his sugar import plan.

The United Sugar Producers Federation led by President Manuel R. Lamata sought a TRO on Sugar Order (SO) No. 3, which authorizes imports of 200,000 metric tons (MT) of refined sugar.

In February, the Sagay City and Himamaylan City Regional Trial Courts, both in Negros Occidental, issued separate preliminary injunctions against SO No. 3.

“As such, sugar prices would not be this high if the sugar import program was not stalled. If not for the legal impediments caused by the group of Mr. Lamata, which caused delays in our import program, the imported sugar would have come in by May to June which (would have eased) the pressure on the supply and demand situation,” Mr. Serafica said.

Mr. Serafica said the imports were resorted to because there was a looming shortage in standard refined sugar and bottler’s grade sugar.

“This was so we could cut down on the extra cost of handling fees and other charges that will be incurred from coursing the imports mainly to traders, thus ensuring a lower price,” he said.

“If SO No. 3 had been implemented according to schedule, we would have been able to address the demand of the manufacturers early on, prices would not be this high and our raw sugar and refined sugar supply would not be at this critical volume,” he added.

He also said the imported sugar has only recently started coming in.

“Due to the delays, it is only now that imported sugar is starting to trickle in. It will take some time before the total volume of 200,000 MT of imported sugar arrives,” he said.

“It would take a minimum of three weeks for a sugar shipment from Thailand to arrive in Philippine ports,” he added.

The SRA has estimated that sugar production for the current crop year at 1.8 million MT, with output depressed by bad weather.

“As early as February we projected a deficit in our sugar supply, largely because of weather disturbances such as Typhoon Odette (international name: Rai), excessive rain and overcast skies which have been detrimental to the growth and sugar content of the sugarcane in the majority of producing areas,” Mr. Serafica said.

“However, sugar productivity continues to drop due to the residual effects of the typhoon, continuous rain and overcast skies dampening the growth and sugar content of sugarcanes,” he added. — Luisa Maria Jacinta C. Jocson