DOMESTIC TRADE by value in 2021 rose by 21.6% to P718.44 billion, the Philippine Statistics Authority (PSA) said, reflecting a recovery in the economy from the low base formed by 2020, the first year of the pandemic.

The finding was contained in the PSA’s Commodity Flow in the Philippines final report in released on Monday. 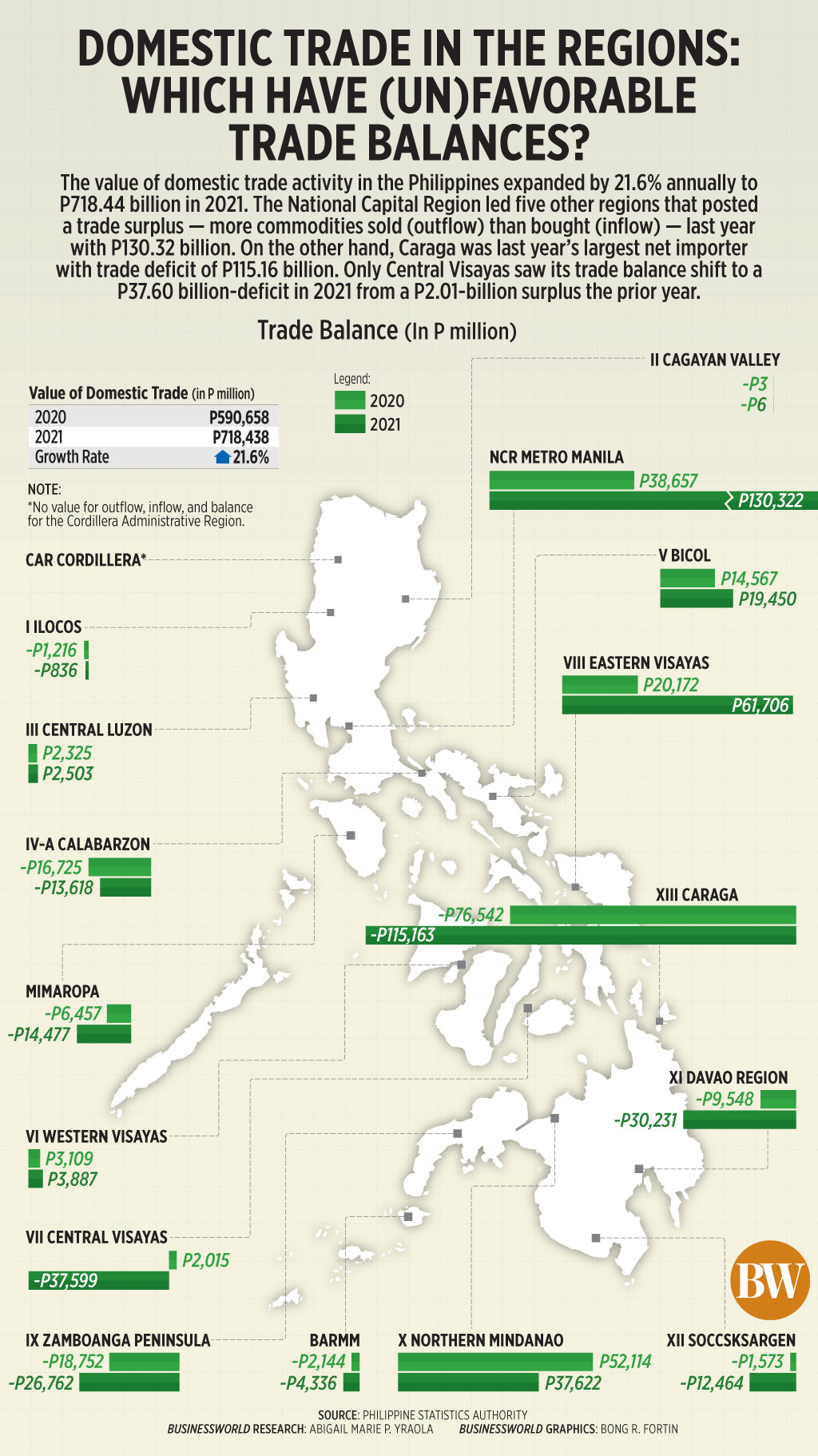 Commodity flow, also known as domestic trade, refers to the flow of goods through water, air, and rail transport systems. The greater portion of domestic trade was waterborne.

“Gradual reopening of the economy was carried out during periods of low virus caseloads and this helped bolster trade numbers,” he said in an e-mail.

Mr. Mapa expects domestic trade this year “to stay positive although we may need to (anticipate) more moderation as base effects are washed out.”

Seven out of 10 commodity groups grew by value last year. Machinery and transport equipment, which accounted for 27.9% of domestic trade, grew by a third to P200.55 billion. By volume, trade in this segment rose by 26.1% to 2 million tons.

The National Capital Region was the top source of commodities last year with total outflows amounting to P198.17 billion, for a trade surplus of P130.32 billion.

The top destination of commodities was the Central Visayas, which posted inflows valued at P135.54 billion for a P37.60-billion trade deficit. — Keisha B. Ta-asan

Shares may drop on profit taking, lack of leads