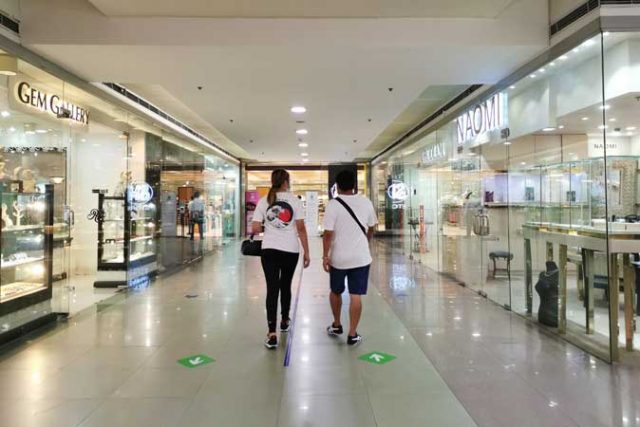 THE GOVERNMENT needs to focus its energies on stimulating growth rather than keeping the deficit under control if it wants to keep its investment-grade sovereign rating, an ING Bank NV economist said.

Fitch Ratings’ decision to revise its outlook on the Philippines to “negative” from “stable” suggests the possibility that ratings agencies have become more concerned with medium-term growth prospects of the Philippines, which had been hailed previously for its “solid fundamentals,” ING’s Manila Senior Economist Nicholas Antonio T. Mapa said in a note. He added that government officials seem to be concerned with maintaining “fiscal prudence” to keep deficits under control.

Fitch Ratings itself on Thursday noted how Southeast Asian economies have become more vulnerable to deteriorating economic and public finances, citing the case of the Philippines.

“The country has not been as badly affected as some others in the region by the latest infection wave, but its economic contraction in 2020 was particularly deep,” Fitch Ratings said in a note.

“We believe there will be downside risks to medium-term growth prospects as a result of potential scarring effects, as well as possible challenges to unwinding the exceptional policy response to the health crisis and restoring sound public finances as the pandemic recedes,” it added.

Fitch last week maintained its “BBB” rating for the Philippines, although the “negative” outlook serves as a warning that a rating downgrade could happen within 18 to 24 months.

The debt-to-GDP ratio was at a record low of 39.6% at the end of 2019. This has since risen to 60.4% at the end of March after the government borrowed heavily to fund its pandemic measures.

The economy also contracted by a record 9.6% in 2020, the worst performance in Southeast Asia. It continued to contract by 4.1% in the first quarter, with analysts warning growth this year will be negatively affected by the infection surge in March and April, when a lockdown was imposed in Metro Manila and nearby provinces.

“Despite calls for additional stimulus measures, fiscal authorities have parried suggestions to crank up spending as they carry on (calling for) austerity,” Mr. Mapa said.

“Should this trend not be corrected, we believe we may have the recipe for additional action from ratings agencies, with Moody’s [Investors Service] likely downgrading the country’s outlook followed by S&P [Global Ratings] should the all-important debt to GDP ratio stay above 60% for much longer,” he added.

“This fiscal consolidation strategy will continuously be adopted by the government to ensure fiscal sustainability over the medium-term and to bring back the country’s deficit to pre-pandemic levels,” the Development Budget Coordination Committee said.

The International Monetary Fund’s policy tracker indicates that as of July 1, fiscal support in the Philippines from the two stimulus packages, Bayanihan I and II, was equivalent to 4.4% of GDP in 2020.

Finance Secretary Carlos G. Dominguez III in June signaled that only P173 billion is available for further stimulus funds this year, as anything larger would be “unsustainable.” He added that internal sources of funding are being sought.

Bayanihan III, or the proposed P400-billion stimulus package which allocates P2,000 in cash subsidies for each beneficiary, has passed in House. Socioeconomic Planning Secretary Karl Kendrick T. Chua said earlier this week that the economic team can pursue some items from Bayanihan III if there are savings or additional revenue to fund them.

Mr. Dominguez on Wednesday acknowledged that a credit rating downgrade could be possible, but noted ratings agencies are not accounting for the fact that most economies are struggling with the pandemic. He said there is need to assess sovereigns on a new grading curve with the context of the crisis. — Luz Wendy T. Noble