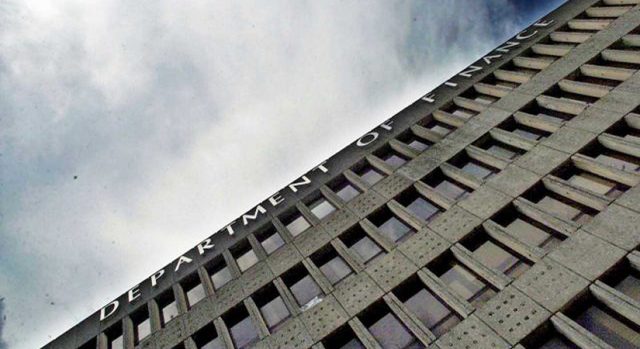 THE FISCAL Incentives Review Board (FIRB) aims to sign by May 17 the implementing rules and regulations (IRR) of the Corporate Recovery and Tax Incentives for Enterprises (CREATE) Act, the Department of Finance (DoF) said Sunday.

In a statement, the DoF said the FIRB agreed during its first meeting last week, April 14, that it will sign the IRR covering the expanded functions of the board on the target date.

The board also discussed the possible industries eligible to apply for the new tax incentive system.

Republic Act No. 11534 or the CREATE Act took effect on April 11. It lowered the corporate income tax and reformed the fiscal incentives system.

Government agencies have 90 days from a law’s effectivity to release IRRs.

The draft IRR for provisions covering the FIRB and revised tax incentives should be done by May 10, the DoF said.

Consultation among the DoF and the Trade department, which co-chairs the FIRB, and investment promotion agencies (IPA), will take place on April 26.

The 2020 Investments Priorities Plan (IPP), signed in December, will serve as the temporary list of priority sectors eligible for tax perks while the new SIPP is being finalized, the DoF said.

Activities and sectors currently eligible for perks under the IPP include those related to the pandemic response; investment activities identified by the BoI; those that spur jobs outside urban areas; qualified manufacturing activities such as agro-processing, fishery, and forestry; and other strategic services like integrated circuit design, creative industries, and the maintenance, repair and overhaul of aircraft.

The FIRB is tasked to set the target performance metrics that businesses have to hit to avail of tax incentives and ensure these are met. It must also monitor and assess the economic impact of investments enjoying incentives.

Its members also include Executive Secretary (ES), the Secretary of the Department of Budget and Management (DBM), and the Director-General of the National Economic and Development Authority (NEDA).

CREATE is projected to result in P251 billion in foregone revenue for the government in the first two years of implementation, providing a combined P1 trillion worth of tax relief to companies over the next 10 years. — Beatrice M. Laforga

Poor Filipinos may get vaccinated soon, says Department of Health

ONE Championship now has a new home in Cignal, TV5