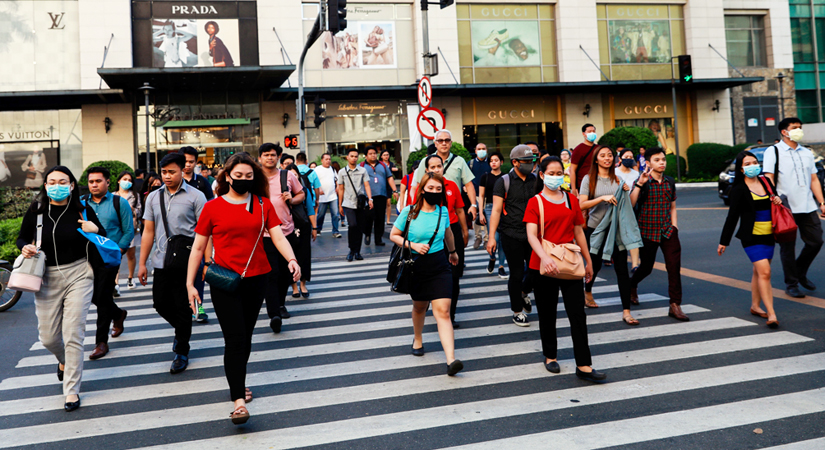 MOODY’S ANALYTICS has lowered its 2020 growth outlook for the Philippines to below five percent on expectations the coronavirus disease 2019 (COVID-19) will affect exports and tourism, among others.

“We are expecting COVID-19 will shave one percentage point off Philippines’ GDP (gross domestic product) growth in 2020, bringing it to 4.9%,” Moody’s Analytics economist Katrina Ell said in an e-mailed response to BusinessWorld.

The government targets GDP growth of 6.5-7.5% this year. National Economic and Development Authority (NEDA) Undersecretary Rosemarie G. Edillon said earlier this week that they are now looking at a 5.5-6.5% GDP growth in 2020 due to the outbreak, with the impact of the virus now expected to be bigger than initially estimated.

Moody’s Analytics in January had a 6.7% growth outlook for the Philippine economy for this year.

Earlier, Moody’s Investors Service also downgraded its 2020 growth outlook for the country to 6.1% in February from a previous 6.2% estimate.

In a note sent to reporters on Thursday, Moody’s Analytics said the economic cost of the virus will largely depend on the length of time it would take to contain it, as well as the number of confirmed cases.

“While a health epidemic typically brings a strong revival in activity after containment, the COVID-19 outbreak has not reached that point, and the economic toll has increased,” Ms. Ell said in the report.

Moody’s Analytics also downgraded its global growth forecast to 1.9% from its 2.6% estimate in January. Likewise, it cut its outlook for China’s expansion to 4.6% from the 6.2% it gave in January.

TOURISM TAKES A HIT
“The Philippines is exposed to COVID-19 via a number of channels, with a particular hit expected from a loss of service exports, including tourism,” Ms. Ell said.

The NEDA estimates the local tourism industry could sustain foregone gross value of about P93 billion to P187 billion this year on the back of the virus spread. With the country’s top tourism markets China and South Korea being the most hit by the virus, the Philippines may possibly see a 1.42-million reduction in foreign tourist arrivals this year.

“There would also be a blow to remittances from abroad that hurt consumer spending and investment,” Ms. Ell added.

Although analysts have said the COVID-19 outbreak could dampen remittance growth, with a quarter of inflows coming from parts of Asia, they said the diversity of OFW deployment across different jurisdictions could cushion the impact. — Luz Wendy T. Noble