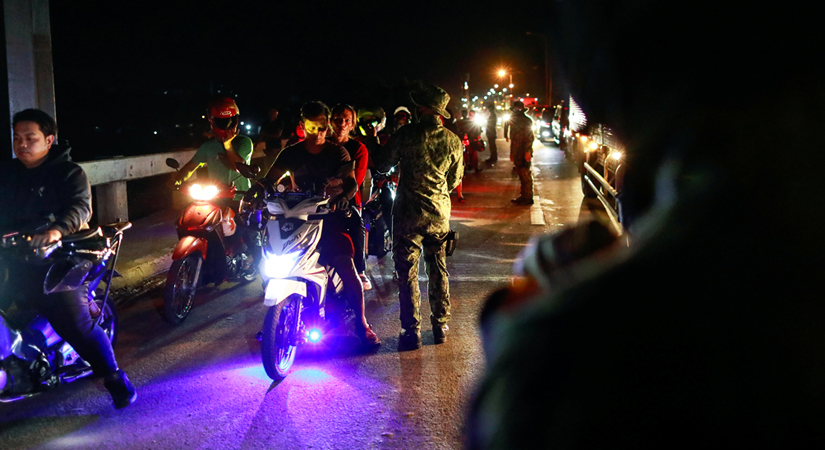 By Charmaine A. Tadalan
Reporter

PRESIDENT Rodrigo R. Duterte wants Congress to give him special powers to enforce measures to contain the coronavirus disease 2019 (COVID-19) that has sickened 380 people in the country, with 25 deaths.

Malacañang on Sunday certified as urgent its proposed bill that seeks to declare a national emergency arising from the COVID-19 crisis and give the President emergency powers.

“In view of the continuing rise of confirmed cases of COVID-19, the serious threat to the health, safety, security and lives of our countrymen, the long-term adverse effects in their means of livelihood, and the severe disruption in economic activities, a state of national emergency is hereby declared,” according to the draft bill. Congressional leaders sent a copy of the palace bill to reporters.

Among others, the bill will give Mr. Duterte the power to “temporarily take over or direct the operations of any privately owned utility affected with public interest to be used in addressing the needs of the public during the COVID-19 emergency as determined by the President.”

These businesses include hotels to house health workers and serve as quarantine centers; public transportation to ferry frontline personnel; and telecommunication companies “to facilitate uninterrupted communication channels between the government and the public.”

The President will also be empowered to ensure all local government units are acting in line with orders issued by the National Government, particularly regarding the enhanced community quarantine in Luzon.

Marlon M. Villarin, a political science professor at the University of Santo Tomas, said he does not see the need for emergency powers to be given to the President.

“The President doesn’t need special powers or emergency powers, he has all the necessary power under the Constitution to really respond to this medical crisis,” he said by telephone.

“In this time of crisis, any action that will expedite the services of the people will be welcome,” Antonio A. Ligon, law and business professor at De La Salle University, said. “We should also be mindful of the proper procedure and not disregard it for the sake of expediency.”

BUDGET REALIGNMENT
Other “emergency powers” sought for the President include the speedy procurement of goods such as personal protective equipment and testing kits; regulating and limiting operation of public and private transportation; and giving incentives for the manufacture and imports of critical health care equipment and supplies.

The proposed bill also authorized the President to realign and reallocate funds from the national budget for 2020 into efforts to address the COVID-19 crisis.

He can also “allocate cash, funds and investments” held by any government corporations or agencies.

Top Congress officials said they are looking at approving an economic stimulus package of at least P200 billion, as the government tries to shield the economy from the effects of a Luzon-wide lockdown.

“We discussed not just billions but tens of billions, not lower than P200 billion for the next two months to make sure no Filipino will get hungry or fail to buy medicine,” House Speaker Alan Peter S. Cayetano said in Filipino in a video posted on his Facebook page after an Executive-Legislative meeting on Saturday.

The financial aid is mainly for daily wage earners, those in the informal sector such as street and market vendors, and other workers who have lost their livelihood because of the Luzon-wide quarantine.

The enhanced community quarantine, which will be in place until April 12, requires people to stay in their homes, and restricted operations of all public transportation.

Mr. Sotto said Congress would try to pass the measure, which is certified as urgent, on third and final reading on Monday.

Albay Rep. Jose Maria Clemente S. Salceda, who heads the House ways and means committee, said they would use “telecommunications and online technologies to allow everyone to participate.”

Representatives may register their attendance, cast their votes and speak during the special session using Viber group chat, video conferencing apps such as Zoom Cloud Meetings, as well as by phone texts and calls. — with Beatrice M. Laforga and Genshen L. Epedido