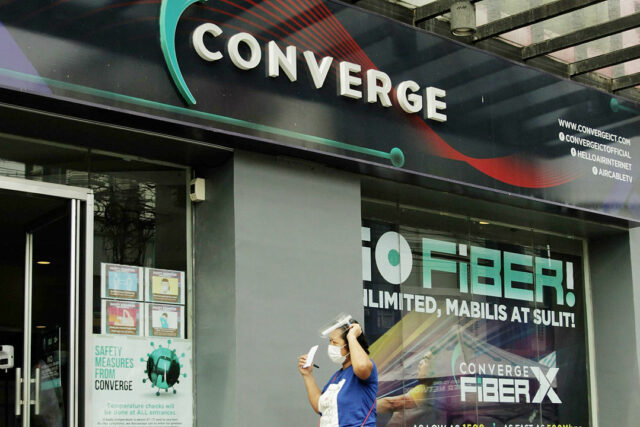 LISTED fiber internet service provider Converge ICT Solutions, Inc. has obtained approval from the Securities and Exchange Commission (SEC) for its plan to raise up to P20 billion from the sale of bonds.

“The SEC has considered favorably the fixed-rate bond offering by Converge Information and Communications Technology Solutions, Inc.,” the agency said in a statement on Wednesday.

It said the commission sitting en banc resolved on March 22 to render effective the registration statements of Converge covering up to P20-billion shelf-registered bonds.

The offering is subject to the company’s “compliance with certain remaining requirements,” the agency also said.

The SEC noted that Converge may offer the P20-billion fixed-rate bonds in tranches within three years.

“Assuming the oversubscription option is fully exercised, the company could net up to P9.87 billion from the offer,” the agency added.

Proceeds, according to the SEC, will be used to fund Converge’s capital expenditures (capex) in connection with “plant equipment and other property, plant, and equipment and intangible assets for the expansion of its nationwide fiber network.”

The first tranche of bonds will be offered at face value from March 14 to 18, and will be listed on the Philippine Dealing & Exchange Corp. on March 25.

Converge expects to spend around P26-28 billion for capex projects this year, higher than last year’s P25 billion. The company’s capex initiatives for the year will include selected investments into international subsea cables and enhancement of its information technology systems.

The company saw its earnings before interest, taxes, depreciation and amortization margins expand to 55.9% last year from 52.5% in 2020.

Inflation could have topped 5% in May