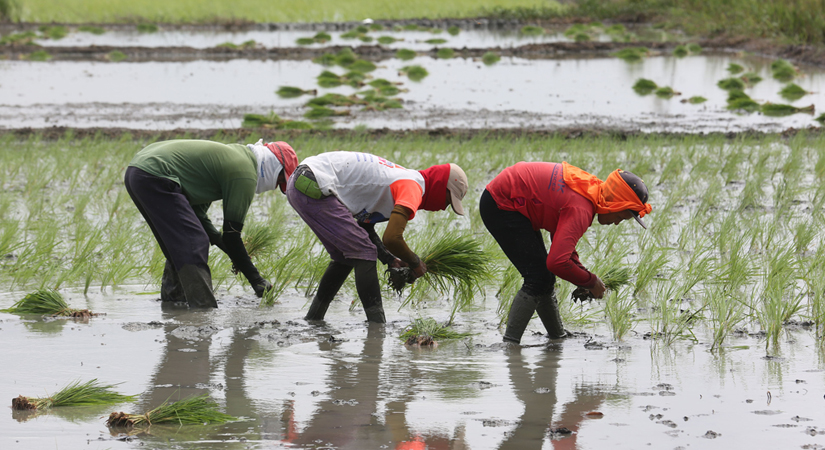 PLANTING SEASONS need to be adjusted and technology tapped to minimize farm damage from changing weather patterns, a former official with the Department of Agriculture (DA) said.

“Vietnam (implements) an early planting season to avoid destructive typhoons that visit the country at the end of the year. There is a massive adoption of satellite technology like in India so that they can immediately assess damages and losses and pay farmers through their agri  insurance system,” Fermin D. Adriano, a former Agriculture Undersecretary for Policy, Planning, and Research, said in a Viber message.

“For those areas, frequently visited by typhoons, information and education must be conducted among the areas’ farmers and the most suitable crops should be (recommended for growing) in their areas,” he added.

Damage and losses were reported in the Cordillera Administrative Region, Ilocos, the Cagayan Valley, Central Luzon, Calabarzon, Bicol, and the Western Visayas.

The typhoon inflicted damage on 164,217 hectares of farm land and affected 103,552 farmers and fisherfolk, with the combined volume of lost production at 154,734 metric tons (MT).

Losses to the rice crop were valued at P2.02 billion and a volume of production loss at 133,294 MT. This represents 0.66% of the annual total production target volume for rice, which is 20.25 million (MT).

Separately, farmers group Kilusang Magbubukid ng Pilipinas (KMP) said that the government needs to cap food prices, which are expected to rise in the wake of the typhoon.

“Farmers and consumers need all the support they can get especially with the economic aftermath of super typhoon Karding. Farmers are doubly affected, they have incurred heavy agricultural losses and they will have to endure the resulting price surges,” KMP President Rafael V. Mariano said in a statement.

“Prices of rice, vegetables, and foodstuffs are expected to rise by 15-20%. Close monitoring is not enough. We need concrete support for our farmers and even consumers… we need price support for basic commodities,” he added.

“The typhoon’s onslaught will also affect the rice production for the third and fourth quarters. It is imperative to help farmers and the entire rice industry recover. Production support and subsidies are necessary,” he added.