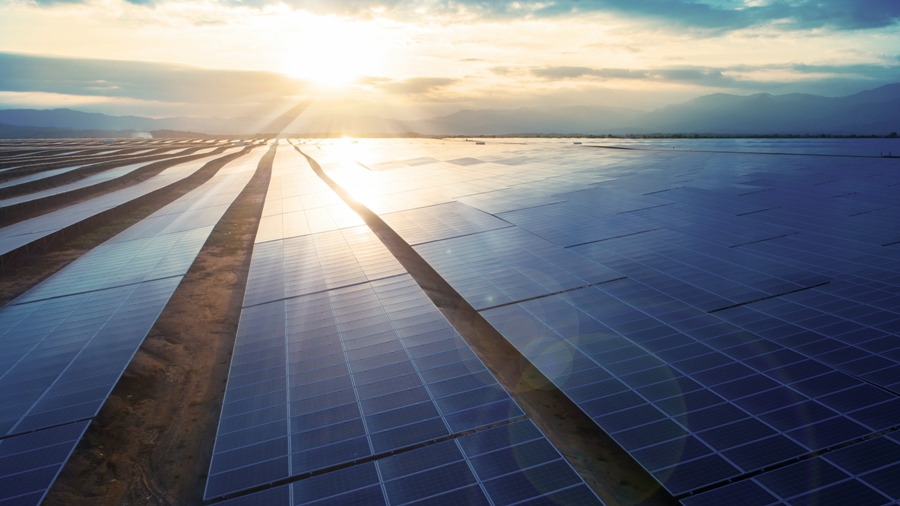 For AC Energy, Ayala Corporation’s power generation arm, the Philippines remains to be a core market, and the company reinforces its strong commitment to invest in much needed energy projects in the country as it takes strides to expand and diversify its generation portfolio, and significantly increase its renewables capacity.

As AC Energy moves toward playing a significant role in helping the country’s energy security, the company is keen on ensuring a stable supply of power generation to sustain its long-term strategy of shifting its portfolio to renewable energy. The company is focusing on strategic investments and operates thermal assets to complement its renewable assets and ensure power reliability.

Driving RE expansion in the Philippines

AC Energy’s rapid growth in the Philippines was underpinned by a combination of asset infusion, acquisitions and new greenfield projects. 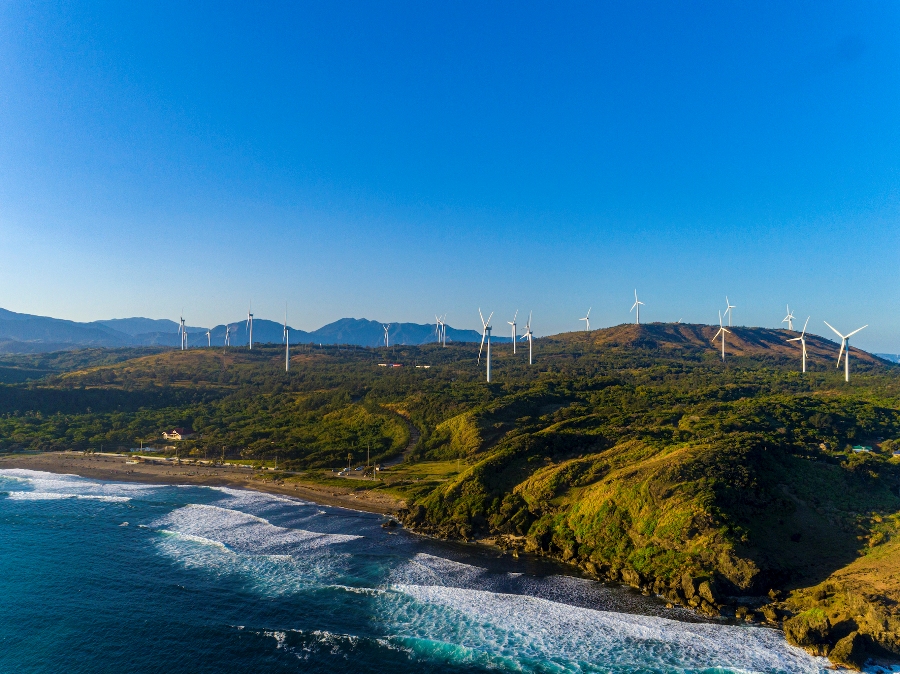 Less than a year since its integration, AC Energy’s listed platform (PSE: ACEN) executed its turnaround plan effectively and established a clear growth path, aggressively growing its generation capacity from 416 MW to over 990 MW, with renewable assets comprising 45% of its total portfolio at 447 MW. 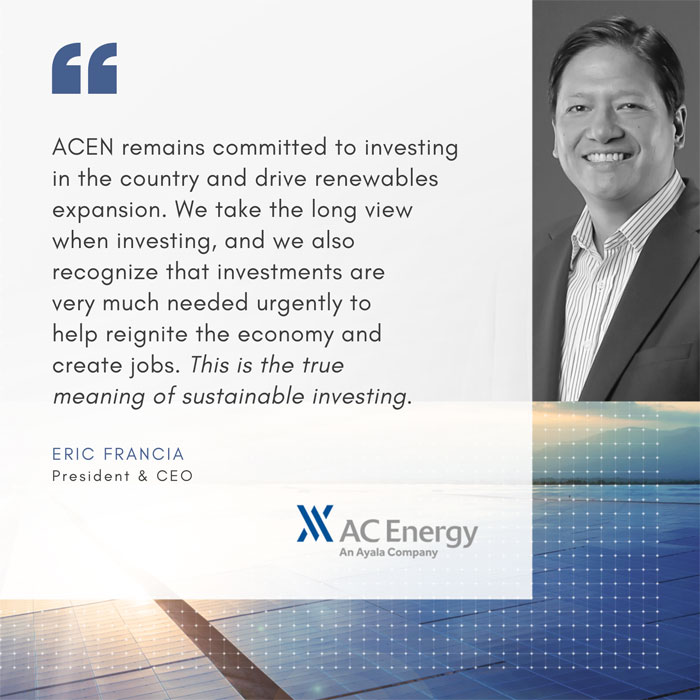 “While we are facing significant challenges amidst the current crisis, ACEN remains committed to investing in the country and drive renewables expansion,” said Eric Francia, ACEN President and CEO. “We take the long view when investing, and we also recognize that investments are very much needed urgently to help reignite the economy and create jobs. This is the true meaning of sustainable investing.”

Earlier this year, AC Energy announced its plans to integrate its international business, and recently received the Philippine Stock Exchange’s nod to change its stock symbol from ACEPH to ACEN. The shift to ACEN signifies the forthcoming integration of AC Energy’s onshore and offshore business into a unified platform. Apart from its existing projects in the Philippines, Vietnam, Indonesia and India, AC Energy has also identified Australia and Myanmar as key target markets.

As AC Energy prepares to scale up its renewables business, the company has adopted an Environment and Social Policy that is aligned with the United Nations Sustainable Development Goals. The policy will be integrated into the company’s business strategies, performance management and governance, highlighting its determination to be sensitive to the environment and its host communities as the company provides reliable, affordable and sustainable energy, and transition to a lower carbon portfolio.

To support its renewable energy investments, AC Energy made its debut in the capital markets last year and raised US$410 million in Green Bonds, the first publicly syndicated US dollar Green Bonds in Southeast Asia to be certified by the Climate Bonds Initiative. The company then capped 2019 with the world’s first US dollar-denominated senior perpetual fixed-for-life green notes at an aggregate principal amount of US$400 million. “AC Energy is in an excellent position to reach 5,000MW of renewables capacity by 2025, and realize its aspiration to be the largest listed renewable platform in Southeast Asia,” said Francia.