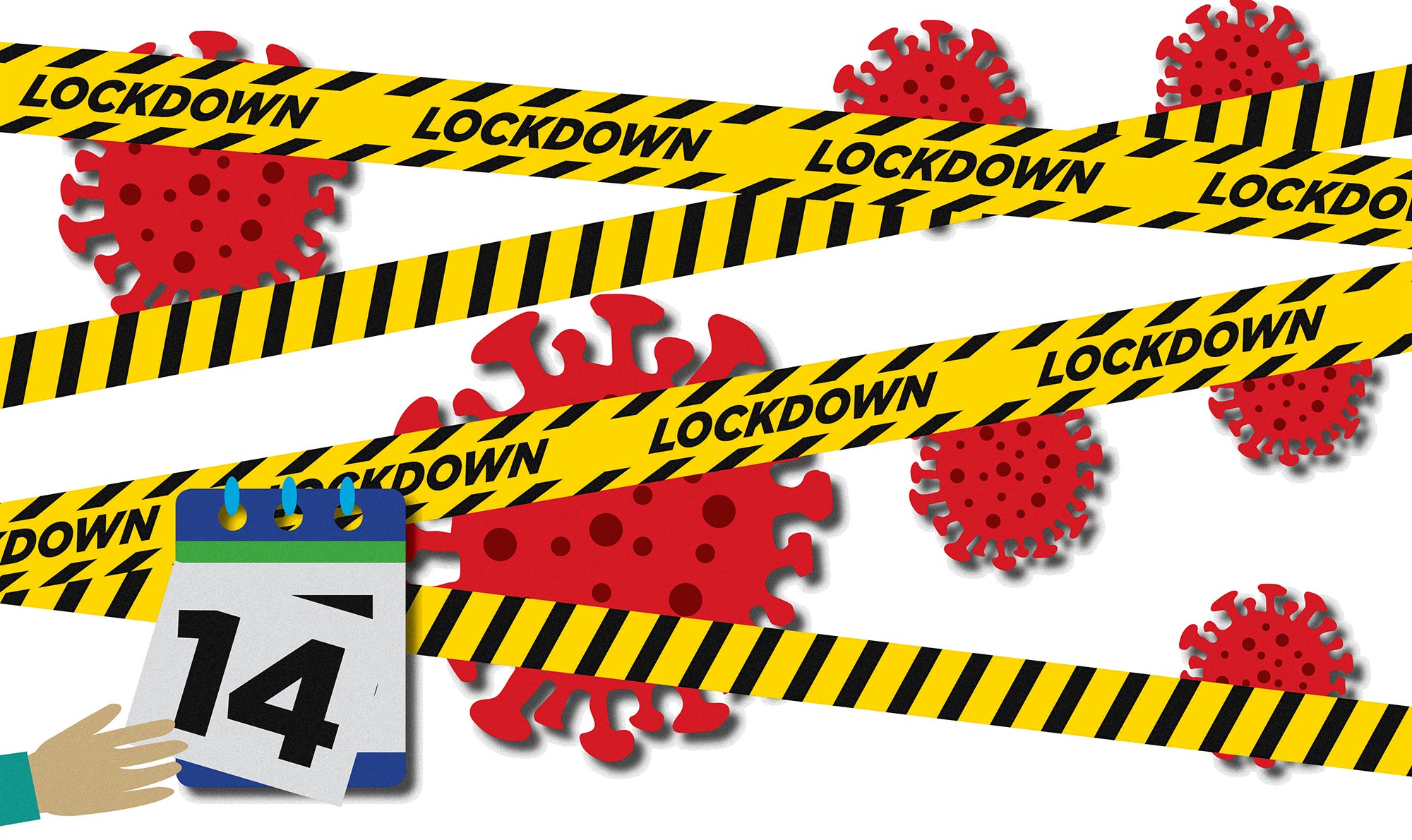 To curb the spread of the pandemic, President Rodrigo R.Duterte has placed the country under lockdown, implementing various health protocols and quarantine policies per area, depending on the number of cases and available medical facilities.

As we conclude our second month in quarantine, here’s a rundown of important moments, from the first case in the country leading to current events.

JANUARY 30
The DoH reported the first COVID-19 case in the Philippines, a 38-year-old Chinese woman from Wuhan. She arrived in Manila from Hong Kong.

The Research Institute for Tropical Medicine (RITM) set up confirmatory test laboratories, the first medical facility to conduct COVID-19 tests in the Philippines.

FEBRUARY 2
The DoH confirmed the second case: a 44-year-old Chinese man who accompanied the first case. He passed away on Feb. 1— the first COVID-19 death outside mainland China.

FEBRUARY 5
The DoH confirmed the third COVID-19 case in the Philippines, a 60-year-old Chinese woman who arrived in Cebu from Wuhan via Hong Kong last January 20.

MARCH 6
The fourth and fifth cases confirmed by the DoH were the first Filipino cases in the country.

MARCH 7
The DoH raised the alert level to Code Red Sublevel 1 after the first case of local transmission was confirmed, which involved the wife of the fifth case.

MARCH 12
President Duterte announced a “community quarantine” or partial lockdown in the National Capital Region (NCR) and Cainta, Rizal from March 15 until April 14. The alert level was raised to Code Red Sublevel 2.

MARCH 15
Metro Manila and Cainta, Rizal were placed under partial lockdown. Land, domestic sea and air travel coming to and from these areas were suspended.

MARCH 17
Mr. Duterte signed Proclamation No. 929, which placed the Philippines under state of calamity. With 187 confirmed COVID-19 cases, DoH confirmed that community-based transmission has already occurred.

MARCH 24
The Senate approved the “Bayanihan to Heal As One Act” (Senate Bill 1481) after a 13-hour plenary session.

MARCH 25
Mr. Duterte signed the “Bayanihan to Heal As One Act of 2020” granting himself special powers to address the pandemic.

MARCH 28
The DoH announced that the number of COVID-19 cases in the country exceeded 1,000.

APRIL 24
The President announced the extension of the ECQ in selected areas until May 15. Other areas will be placed under general community quarantine (GCQ) on May 1.

APRIL 30
Mr. Duterte approved the recommendations of the COVID-19 task force on the areas to be placed under ECQ and GCQ. Areas that remained under ECQ include NCR, Pangasinan, Benguet (with Baguio City), Region 3 (except Aurora), Region 4A, Iloilo (with Iloilo City), Cebu (with Cebu City), Bacolod City and Davao City. Areas under GCQ will observe more relaxed quarantine rules and health protocols under the ‘new normal’ will be put in place.

MAY 1
The government eased restrictions as GCQ in selected areas started. Areas remaining under ECQ are required to observe proper quarantine protocols.

MAY 12
Malacañang confirmed that NCR, Laguna and Cebu City will be placed under modified enhanced community quarantine (MECQ) until May 31.

MAY 14
The Regional Inter-Agency Task Force on COVID-19 (RIATF) postponed the shift to GCQ in selected areas in Region 3: Pampanga, Bulacan, Bataan, Nueva Ecija and Zambales will instead be placed under MECQ until May 31. Only Tarlac and Olongapo City will shift to GCQ.

As the Philippines grapples with the COVID-19 pandemic, various sectors are working to bring the country back to normal. The future remains uncertain but the world hopes to eventually declare victory in the war against the coronavirus.