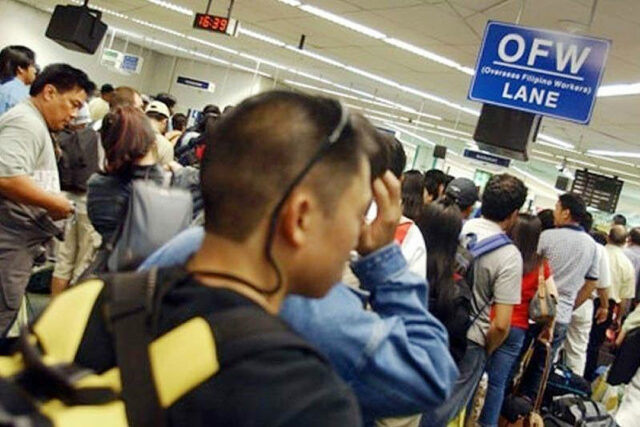 PRESIDENT Rodrigo R. Duterte has approved the implementing rules and regulations (IRR) proposed by the Department of Migrant Workers’ (DMW) transition team, according to the Department of Labor and Employment (DoLE).

“Palace nullifies Sec. Mama-o’s IRR,” he said in a Viber message to reporters.

This means that employees of government agencies that will be absorbed into the new DMW such as the Philippine Overseas Employment Administration (POEA) will continue with their current functions and operations.

“In recognition of the authority of the Transition Committee to formulate the IRR pursuant to Section 23(a) of RA No. 11641, the President interposes no objection to the submitted IRR and has cleared its immediate publication,” according to a memorandum signed by Executive Secretary Salvador C. Medialdea on Apr. 18, according to a copy shared by the Labor official.

A copy of the IRR was set to be released on Thursday, Mr. Francia said.

The committee is composed of representatives from DoLE’s International Labor Affairs Bureau, National Maritime Polytechnic, National Reintegration Center for OFWs of the Overseas Workers’ Welfare Administration (OWWA), and Office of the Social Welfare Attaché of the Department of Social Welfare and Development.

According to a copy of a memorandum sent by DoLE to Mr. Olalia on Apr. 19, “all personnel of POEA are hereby directed to maintain the status quo in the performance of their duties and responsibilities…”

It said that the law creating the DMW “shall not be constituted” unless there’s an appropriation for the newly-created agency in the 2023 General Appropriations Act. — Kyle Aristophere T. Atienza