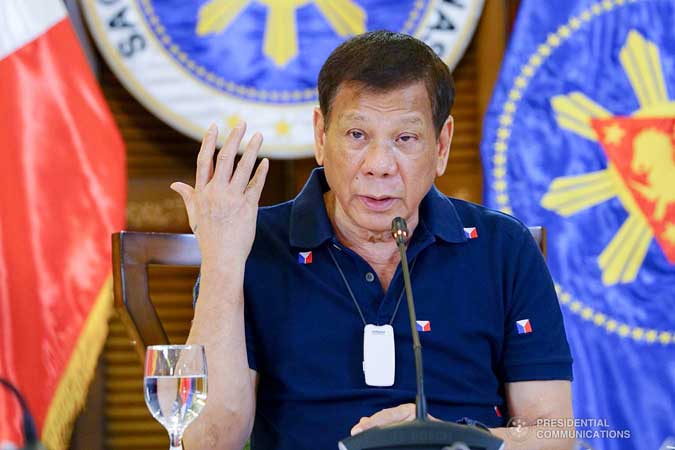 A HUMAN rights group has asked the International Criminal Court (ICC) in the Netherlands to order the arrest of President Rodrigo R. Duterte for alleged crimes against humanity in connection with deadly war on drugs.

In a supplementary pleading, members of Rise Up for life and for Rights asked the tribunal to detain the tough-talking leader pending his trial and investigation of the country’s human rights situation.

“The complainants stress the urgent need to open an investigation into crimes against humanity in the Philippines, and for the court thereafter to issue a warrant of arrest against respondent President Rodrigo R. Duterte,” they said.

The group also said the Justice department’s review of extrajudicial killings was neither comprehensive nor transparent. The public does not have access to its reports, it pointed out.

Justice Secretary Menardo I. Guevarra declined to comment. “All matters pertaining to the ICC are handled solely by the Department of Foreign Affairs (DFA),” he told reporters in a Viber group message.

“We respect the opinion of people who are critical of what we are seriously trying to do.”

The agency had received 52 case records from police and 107 cases from the Philippine Drug Enforcement Agency for its review, according to Mr. Guevarra’s recorded statement released by DFA on Sunday night.

Mr. Guevarra on Monday said he recorded the statement last week “for use by the DFA in the diplomatic community.”

“It was meant to be an update on the work of the review panel and on the status of the United Nations-Philippines joint program on technical cooperation on human rights,” he added. — Bianca Angelica D. Añago