THE TAGUM City Veterinarian’s Office has alerted hog raisers to immediately report suspicious animal deaths in their farms following confirmed African Swine Fever (ASF) cases in one community. City Veterinarian Jesus G. Edullantes, in a statement on Thursday, said the outbreak in Barangay Mankilam is already undergoing containment measures while the Bureau of Animal Industry has set up checkpoints to stop the spread of the virus. “It has big economic impact,” Mr. Edullantes said, stressing the high mortality rate for pigs. “Let’s help the industry by still consuming pigs… the meat is safe to eat, but let’s not buy just anywhere, buy certified meat,” he said, citing legitimate sellers in public markets, supermarkets, and shopping malls. The Department of Agriculture reported on Sept. 22 that ASF deaths have reached 316,637 hogs since the outbreak started in August 2019, mostly in Luzon but there have also been previous confirmed cases in Davao Region, where Tagum is located.

HOG RAISERS in Negros Occidental recently signed an agreement to supply Luzon, where pork production has been affected by African Swine Fever outbreaks. Two groups, the Alliance of Hog Raisers Association of Negros Occidental and the Negros Occidental Hog Raisers Association, inked the memorandum of understanding with live hogs trader Albert Lim on Oct. 14 at the Provincial Veterinary Office (PVO). “Negros Occidental swine raisers have been producing fattened or market hogs in excess of the local demand resulting to oversupply that drove the farm gate price of hogs down,” the provincial government said in a statement. PVO head Renante J. Decena said they facilitated the contract, which will allow the province’s hog raisers to supply Luzon “on a regular and scheduled basis.” Negros Occidental has been supplying swine to other parts of the Visayas. 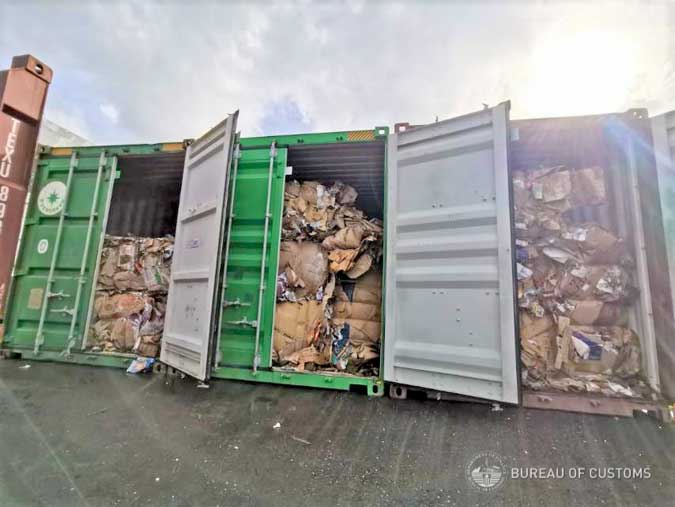 TWO CONTAINERS of waste materials shipped in from the United States were intercepted at the Subic Bay International Terminal Corp. on October 21, the Bureau of Customs (BoC) reported late Wednesday. The cargo, part of 30 containers consigned to Bataan 2020, Inc., were declared as corrugated cartons for repulping. However, “further examination of the shipment revealed prohibited waste materials which were illegally imported,” BoC said. The bureau, in coordination with the Department of Environment and Natural Resources, is conducting a more extensive evaluation to determine the volume and actual contents of the shipment for possible violations of customs and environmental laws.

DAMAGE and losses to agriculture due to tropical storm Pepito are initially estimated at P67.57 million, according to the Department of Agriculture (DA). In a bulletin on Thursday as the typhoon with international name Saudel exited the country, the DA said damage to crops and other agricultural commodities have been reported in the regions of Cagayan Valley, Central Luzon, and CALABARZON (Cavite, Laguna, Batangas, Rizal, and Quezon). Almost 6,000 farmers are affected with 4,672 metric tons (MT) of production volume losses from 7,704 hectares of flooded farmlands. Much of the damage is on rice valued at P60.9 million, followed by corn at P6.01 million. The rest are high-value crops and livestock. The DA said its regional field offices in affected areas have seeds and other interventions ready for distribution. — Revin Mikhael D. Ochave